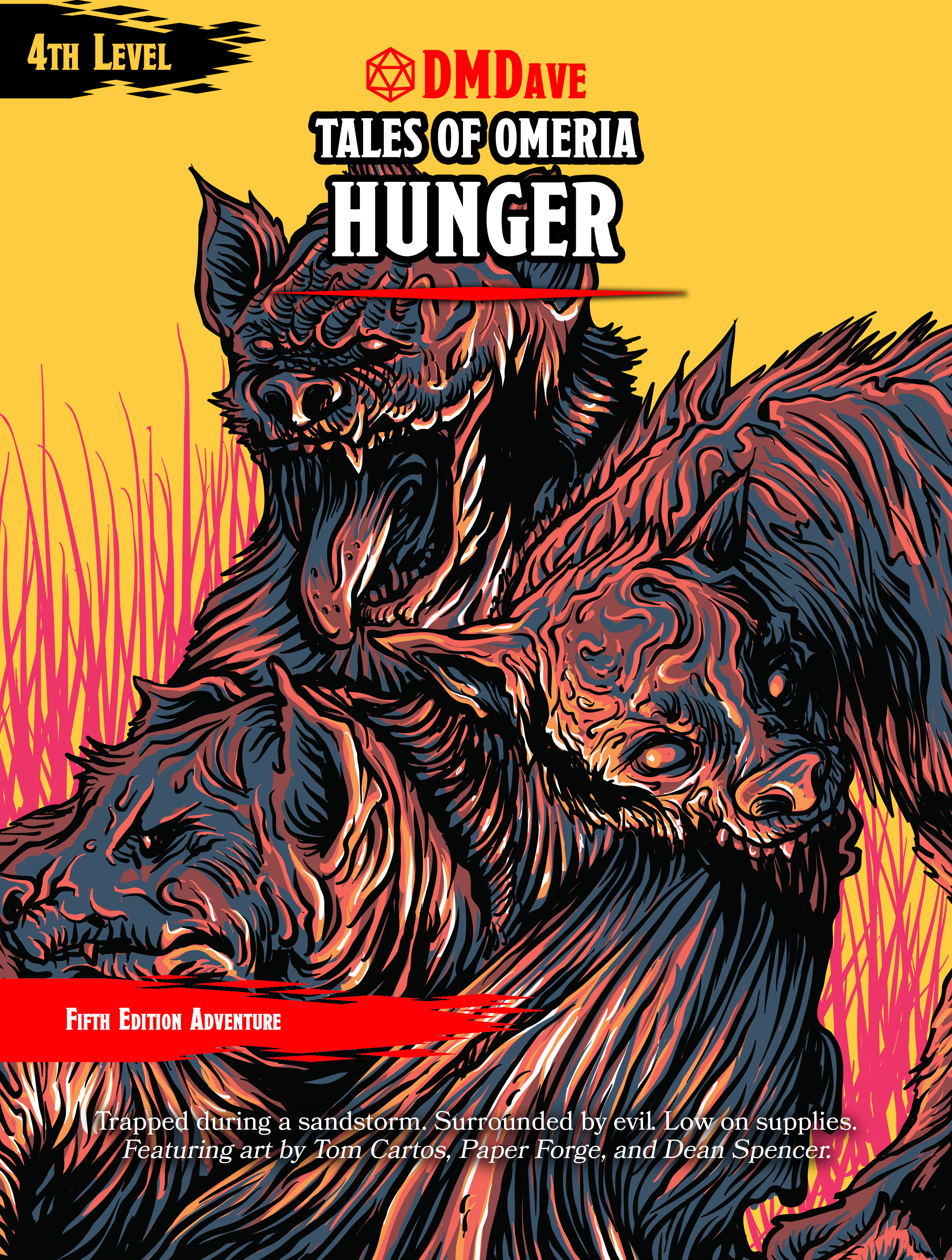 Trapped during a sandstorm.

Gnolls are pseudo-demonic humanoids possessed by an insatiable hunger. And in The Wither, the great wasteland bordering Aspaeth and Dorithell, gnolls are an incurable plague. Southern Omerian traders are forced with two options: completely avoid The Wither and its gnolls by way of boat or traveling along the narrow coasts, or venture through the dangerous land and pray the gnolls don’t catch your scent on the wind. Those who choose the latter option—referred to as Deadrunners by most Central Omerians—are some of the bravest (or craziest) humanoids in the land.

The adventurers find themselves at a popular Deadrunner stopover point, the Djinguré fortress. A brutal sandstorm keeps them trapped inside with seven strangers. Meanwhile, a war party of ravenous gnolls named Gray Bones lays siege to the fortress.

Where to Add This Adventure
This adventure is designed for three to seven 3rd- to 4th-level characters and is optimized for five characters with an average party level (APL) of 4. The adventure asks the characters to work with villains to protect the Djinguré mud fort from gnoll invaders. Not only will the adventure present a myriad of combat situations, but plenty of tense roleplaying opportunities as well. Furthermore, it is an event-based adventure. It's recommended that the GM has a complete understanding of the adventure's dynamic structure before running it.

DMDave is a professional game-designer and Fifth Edition content creator. He's been playing the world's most popular RPG since 1992 and has written close to 3-million words worth of balanced, imaginative content to enhance your Fifth Edition games.

How to Get The Files

The adventure itself is 100% free as are many of its assets. Follow these steps: