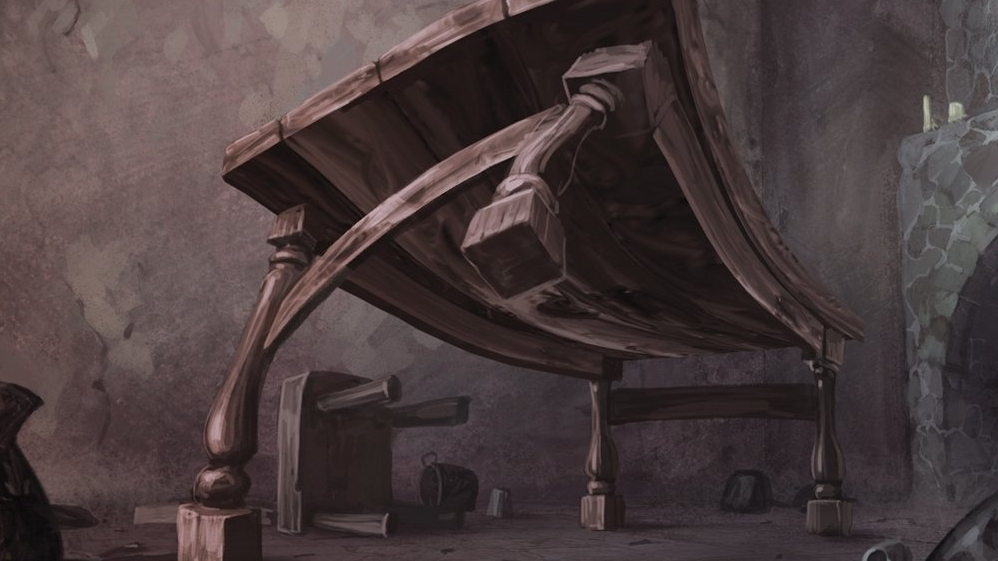 Attack tables are magical constructs created from tables. Their extra legs (and sometimes arms) give them advantage in combat. In addition, mages can train these constructs to use magic items such as wands or rods to make them deadly combatants.

Antimagic Susceptibility. The table is incapacitated while in the area of an antimagic field. If targeted by dispel magic, the table must succeed on a Constitution saving throw against the caster’s spell save DC or fall unconscious for 1 minute.

False Appearance. While the table remains motionless, it is indistinguishable from a normal table.

Wand of Magic Missile. The table is armed with a wand of magic missile. It can use its bonus action to cast magic missile from its wand.