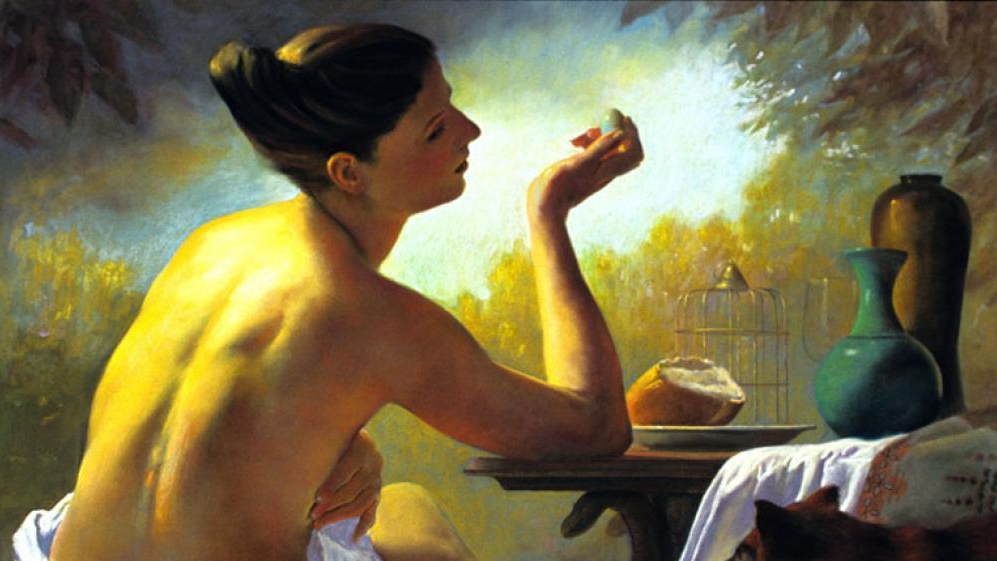 I’ve created the Hammer of Wrath, the Chains of Sloth, the Mask of Lust, and the Skull of Envy. Now it’s time for a new devious creation: the Egg of Pride.

Got a request? Join my Patreon! All patrons have their requests made by me!

The Egg of Pride is perhaps the most unusual of all the Seven Deadly Sins artifacts. Perhaps it is because there is nothing special about its appearance. It looks like a simple, tan chicken egg, with seemingly nothing out of the ordinary about it.

Of course, the egg is nearly indestructible. No amount of hitting, smashing, or dashing the egg against a hard surface can crack it. If a magic user were to cast detect magic on it, they would discover that it emits a dull aura, but nothing that signifies that it is an ancient artifact of great power. Identify spells fail to reveal its true nature. Furthermore, in its most basic form, it is neither good nor evil.

Of course, the egg is incubated by the pride of the one who holds it; it thrives on it. Any time the egg’s owner looks in a mirror to admire themselves, counts their treasure, brags about their accomplishments, or acts narcissistic, the life inside the egg grows and develops.

Out it comes. The new life. At first, it’s small. No bigger than a hatched chick. It’s black and gray and slimy, bloodshot eyes and gnashing teeth. Then, it starts to grow bigger. In moments it takes on the form and size of a newborn babe. Soon after, it further ages, assuming the appearance of a young child. Finally, after only a few short minutes of arriving in the world, the egg becomes a fully grown humanoid.

And it perfectly resembles the owner. Only more bestial, horrible, and wicked.

Random Properties. The egg has the following randomly determined properties.

Incubation. If you are attuned to the egg and you do something that is considered narcissistic–such as viewing yourself in the mirror, bragging on your deeds, or acting superior to others–the DM rolls a d20. On a roll of 1, the egg hatches. When the egg hatches, it disappears and a simulacrum of pride appears in the same space. The simulacrum grows into a complete copy of you in 10 rounds. Once it is done growing, it immediately attacks you. The simulacrum fights you until you or it drops to 0 hit points. When this happens, the creature who lost its hit points immediately disappears and can’t be restored to life. In the creature’s place is a new egg of pride.

A humanoid can become a simulacrum of pride. It keeps its statistics except as follows.

Type. The simulacrum is a fiend, and it gains the demon tag.

Alignment. The simulacrum is chaotic evil.

New Trait: Track Creator. The simulacrum knows the direction and distance to its creator as long as it is on the same plane of existence as the simulacrum.

Get the Other Seven Deadly Sins Artifacts

Become a patron today and get the other Seven Deadly Sins–it’s only $3!

And if you don’t want to become a patron, you can still get EVIL for $10 here on the site!