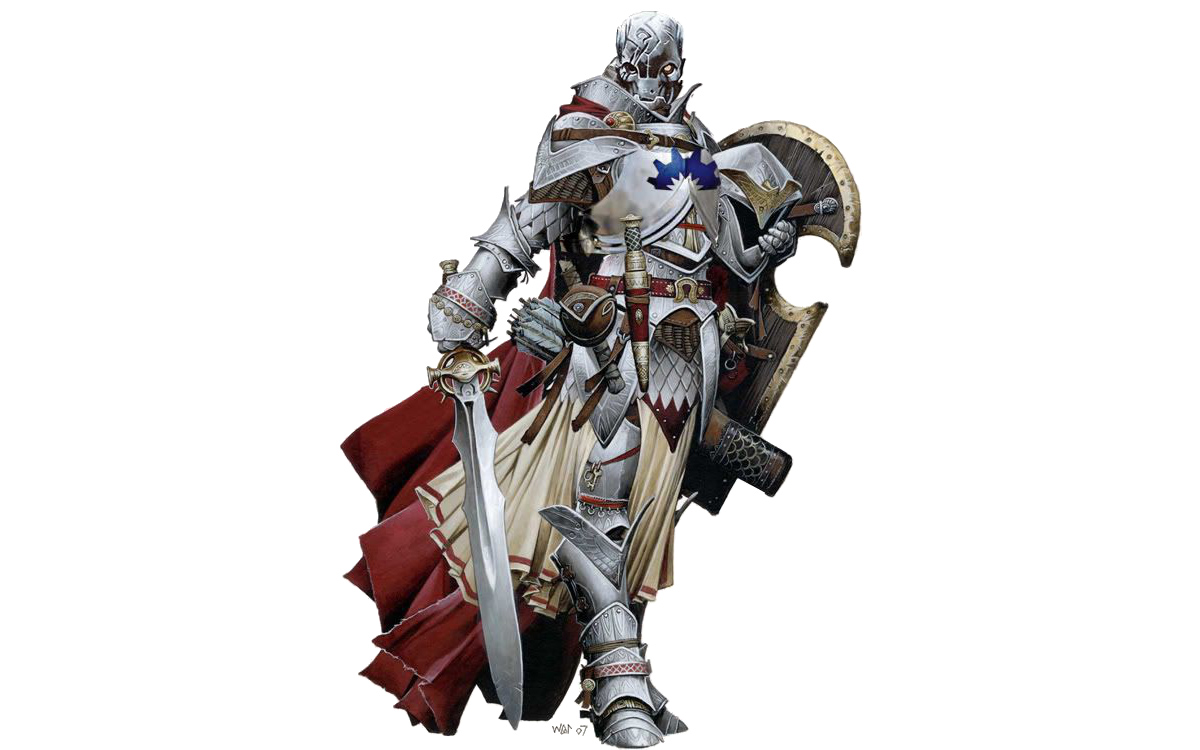 Kolyaruts represent the ultimate enforcement clause in a contract—they mete out punishment to those who break bargains and oaths. Originally sent from Mechanus to avenge major betrayals, once on the Material Plane, they hunt down everyone from unscrupulous merchants to army deserters.

Anyone who reneges on a deal could draw the ire of a kolyarut, although the creature usually ignores inconsequential deals and rashly sworn oaths. Before beginning a mission against a deal-breaker, the kolyarut learns as much about the contract or oath as possible. It’s not interested in those who break deals accidentally or against their will—only those who willingly break contracts violate the principle that kolyaruts are created to uphold. If a written contract was broken, the kolyarut typically carries a copy of the contract with it.

Kolyaruts are the most human-looking of the inevitables, appearing as clockwork humanoids dressed in flowing red robes and ornate golden armor. They’re also the most talkative, making credible attempts at social niceties such as proper greetings before getting down to the matter at hand. They use alter self to appear as almost any humanoid—useful if they need to go undercover to catch their quarry.

Immutable Form. The kolyarut is immune to any spell or effect that would alter its form.

Legendary Resistances (3/Day). If the kolyarut fails a saving throw, it can choose to succeed instead.

Magic Resistance. The kolyarut has advantage on saving throws against spells and other magical effects.

Enervation Ray. The kolyarut targets one creature it can see within 120 feet of it. The creature must make a DC 16 Constitution saving throw, taking 27 (6d8) necrotic damage on a failed save, or half as much damage on a successful one.

Justify. The kolyarut targets one creature it can see within 60 feet of it. Each target must succeed on a DC 16 Charisma saving throw or be teleported to a teleportation circle in the Hall of Concordance in Sigil. A target fails automatically if it is incapacitated. If a target is teleported in this way, the kolyarut teleports with it to the circle.

After teleporting in this way, the kolyarut can’t use this action again until it finishes a short or long rest.