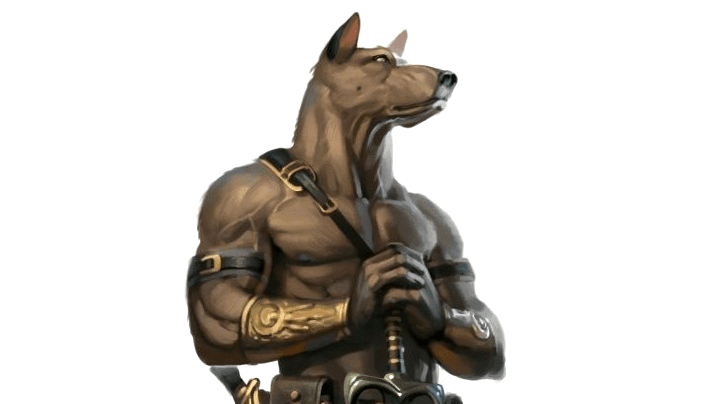 Welcome back to Dave’s Daily D&D Monsters! Today, I’ll be tackling angels. Here’s what you can expect from this post:

I just read over Keith Ammann’s review of angels on his 5e tactics blog, The Monsters Know (which if you haven’t read yet, do yourself a favor and go binge it all now). He spends much of the article explaining that angels aren’t really bad guys. Duh. And if you do come across one and they aim to chill you out, they’re much more likely to subdue you than anything.

Basically, Angels are quest givers that aren’t supposed to be killed. They have crazy high stats, powers out the wazoo, and dude… they’re angels!

Keith then writes about how if you do eventually totally tick one off, it’s pretty much going to cut a path straight through your party.

So I reassert my point: they’re deus ex machina. Literally.

A Disturbing Lack of 5e Angels

Interestingly, there’s not a whole lot of angels past the Monster Manual. The two official 5e monster books  beyond the Monster Manual, Volo’s Guide to Monsters and Mordenkainen’s Tome of Foes might as well be renamed to “Devils, Demons, and a whole bunch of evil shit that wants to kill you/trick you/ruin your life.” Between the two, there is only one new celestial and that’s the ki-rin. In fact, when it comes to these divine beings there’s eight total celestials so far: pegasus, couatl, unicorn, deva, ki-rin, planetar, solar, and empyrean. To put things in perspective, there’s more duergar variants in just Mordenkainen’s Tome of Foes than there are total celestials between all three books.

So unless a reprint of the Book of Exalted Deeds is just around the corner we need some more celestials.

Yesterday, I came up with the cherub, which is a weaker angel. And, at CR 2, is pretty much about as weak as you can make an angel unless you strip it of its damage resistance and magic resistance. Still, I needed a few more.

Jack, my six-year old son, helped me with one: a bounty hunter angel named rendir. To be totally honest, I’m pretty sure he mixed in Doctor Strange with Transformers when coming up with the idea.

Fleshing the idea out, I thought the rendir might be a pretty good foil to the orthon from Mordenkainen’s Tome of Foes. Sort of like an angelical anti-bounty hunter. If the orthon is a Terminator, then rendir is Kyle Reese.

Finally, Jack said he’s got “missiles that shoot out of his shoulders” and “can split into six pieces.” So that’s what I’m working with there!

Next, I turned over to the old 3rd edition Dungeon & Dragons Monster Manual‘s celestial entry. I’m not a huge fan of recreating stuff from the past (I assume that the folks at WotC will get around to it sooner or later), but there were two celestials in this edition that I felt really stood out: the hound archon and lantern archon. The hound archon is pretty much an angel with a dog’s head that tracks down and beats up bad guys. Their CRs weren’t crazy high in 3rd, so I can’t imagine them being too much stronger in 5e. And lantern archons are pretty much just angelic will o’ wisps that act like a tool tip. “Listen!”

But what else do the angels need?

Now I’ve got two CR 2 angels, a CR 6, and a CR 9 to go along with the 10, 16, and 21 of the Monster Manual. That leaves a huge gap between 10 and 16, so I thought a 12-13 might be good. Something that could support the rest of the team and either multiply their strengths or diminish their weaknesses.

Of course, upper level angels don’t really have weaknesses. They’re strong, fast, tough, smart, wise, and charismatic. They can fly 12 mph plus they’ve got damage resistance and magic resistance. The “weakest” of the three Monster Manual angels deals an average of 50 damage per turn. So what are they bad at?

It’s obvious. They aren’t so great at getting their hands dirty.

A 5e angel that lives in the gray area.

These are all lawful good entities who won’t act unless they absolutely have to. There’s no gray area with them. Sure, if it’s a demon rampaging across the land, they won’t hesitate to stomp it down. But what if it’s a local politician making bad decisions that could affect millions, but it’s not so clear? Or what if it’s a bunch of PC’s being murder hobos against a neutral band of goblins?

That’s when you call in a constans, a steadfast angel that can make the tough decisions when the big guys can’t.

Constans are also the ones that employ the hound archons (who I really think would be a lot cooler as neutral good rather than lawful; they’re loyal to the Gods, but don’t give AF about others’ rules), and work to set things straight. The other angels aren’t crazy about these sly foxes, but hey… it’s a dirty job.

And someone’s got to do it.

Plus, I made the constans into a kung-fu angel. ’cause why the heavens not?

As usual, these angels are totally free for you to use in your 5e campaigns. Just not commercially. And the art ain’t mine. Borrowed!

Angelic Weapons. The constans’s weapon attacks are magical. When the constans hits with any weapon, the weapon deals an extra 4d8 radiant damage (included in the attack).

Divine Awareness. The constans knows if it hears a lie.

Innate Spellcasting. The constans spellcasting ability is Charisma (spell save DC 17). The constans can innately cast the following spells, requiring only verbal components:

At will: detect evil and good, invisibility (self only)

Magic Resistance. The constans has advantage on saving throws against spells and other magical effects.

Fury of the Gods (Recharge 5-6). The constans makes six unarmed strikes. Either before or after these attacks, the constans can move up to its speed as a bonus action without provoking attacks of opportunity.

Change Shape. The constans magically polymorphs into a humanoid or beast that has a challenge rating equal to or less than its own, or back into its true form. It reverts to its true form if it dies. Any equipment it is wearing or carrying is absorbed or borne by the new form (the constans choice). In a new form, the constans retains its game statistics and ability to speak, but its AC, movement modes, Strength, Dexterity, and special senses are replaced by those of the new form, and it gains any statistics and capabilities (except class features, legendary actions, and lair actions) that the new form has but that it lacks.

Shapechanger. The archon can use its action to polymorph into a Medium canine or back into its true form, a dog-headed humanoid. Its statistics, other than its Speed, Stealth and Survival skills, are the same in each form. Any equipment it is wearing or carrying is absorbed into the canine form and returns when it changes into its humanoid form. It reverts to its true form if it dies.

Angelic Weapons. The hound archon’s weapon attacks are magical. When the archon hits with any weapon, the weapon deals an extra 2d8 radiant damage (included in the attack).

Innate Spellcasting. The archon’s spellcasting ability is Charisma (spell save DC 15). The archon can innately cast the following spells, requiring only verbal components:

At will: detect evil and good

Magic Resistance. The archon has advantage on saving throws against spells and other magical effects.

Pack Tactics. The hound archon has advantage on an attack roll against a creature if at least one of the archon’s allies is within 5 feet of the creature and the ally isn’t incapacitated.

Tracker. The hound archon has advantage on Wisdom (Survival) checks while in canine form.

Multiattack (Humanoid Form Only). The hound archon makes two attacks, one with its great sword and one with its bite.

Angelic Weapons. The lantern archon’s weapon attacks are magical. When the archon hits with any weapon, the weapon deals an extra 1d8 radiant damage (included in the attack).

Illumination. The archon sheds bright light in a 20-foot radius and dim light in an additional 20 feet.

Innate Spellcasting. The archon’s spellcasting ability is Charisma (spell save DC 11). The archon can innately cast the following spells, requiring only verbal components:

At will: aid, detect evil and good

Magic Resistance. The archon has advantage on saving throws against spells and other magical effects.

Angelic Weapons. The rendir’s weapon attacks are magical. When the archon hits with any weapon, the weapon deals an extra 3d8 radiant damage (included in the attack).

Innate Spellcasting. The rendir’s spellcasting ability is Charisma (spell save DC 17). The rendir can innately cast the following spells, requiring only verbal components:

At will: detect evil and good

Magic Resistance. The rendir has advantage on saving throws against spells and other magical effects.

Light Whip. Ranged Spell Attack: +7 to hit, range 30 ft., one target. Hit: 18 (4d8) radiant damage. If the target is Large or smaller it is grappled (escape DC 17). Until the grapple ends, the target is restrained.

Healing Touch (3/Day). The rendir touches another creature. The target magically regains 20 (4d8 + 2) hit points and is freed from any curse, disease, poison, blindness, or deafness.

That’s it for angels. I know I promised just three more today, but I thought I’d give it five total. After all, the guys in the Monster Manual need some friends, eh!

Tomorrow, I’ll be back with animated objects. That should be fun!

By the way, if you’d like updates to the blog sent directly to your inbox, just sign up in the footer or on the sidebar.