Stat Anything: an Anti-Anti Paladin for 5e D&D 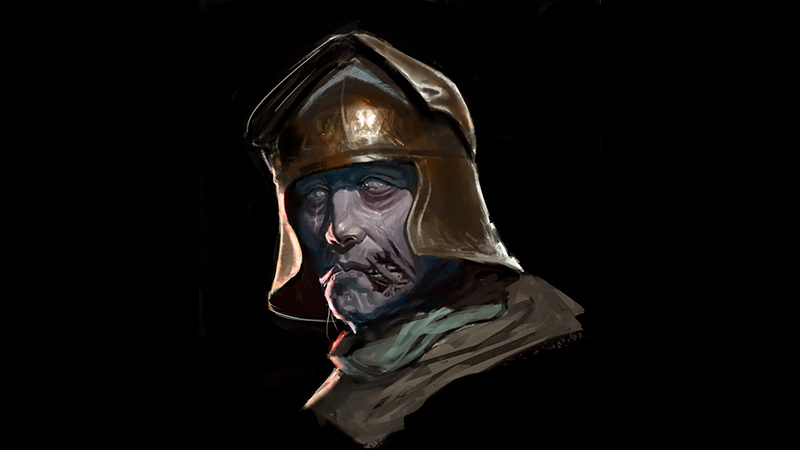 DM DaveLeave a Comment on Stat Anything: an Anti-Anti Paladin for 5e D&DPosted in Fun Stuff

Welcome back to another edition of  Stat Anything!

@dungeonmasterdave What about a death knight except one that has become good?

An interesting concept! Basically, an anti-anti-paladin! And one that I could definitely do and not take me too long to do it.

So here’s what to expect from this Stat Anything:

What is an anti-paladin?

With his request, Byron no doubt referenced the death knights from the Monster Manual p47.

These are big bads (CR 17) guys with all kinds of defenses, undead marshalling powers, and some tough paladin spells.

In addition, the death knight gets the totally rad Hellfire Orb, which is like a mean AF fireball that deals 10d6 fire damage and another 10d6 necrotic.

You know, in case the fire doesn’t kill you, the forces of deaaaaath will finish the job!

According to the fluff, “when a paladin that falls from grace dies without seeking atonement, dark powers can transform the once-mortal knight into a hateful undead creature.”

So basically, Jimbo the Lawful Goodie Two-Shoes one day up and says, “F this, mess!” murderhobos his way around town, and gets to be a helmet with glowing eyes for all eternity or until he redeems himself.

Under the subheading “immortal until redeemed” we learn that a death knight continues to live its (I’m guessing) awful existence until it atones for a life of wickedness or finds redemption.

“Only then, can it finally escape its undead purgatory and truly perish.”

However, that’s kind of vague.

Does that mean the anti-paladin just keels over and dies?

Or does the anti-paladin get to back to a previous “save” and start over?

Kinda like saying, “Yo, I know was kind of a dick for the last twenty years. I proved myself now and I’d like my old job back, ‘kay?”

That’s the angle I want to take here.

A paladin that was good. Became evil. Did something good. Back to being good again.

How can we create an anti-anti-paladin for 5e D&D?

First, let’s get rid of the goofy name anti-anti-paladin (not Byron’s suggestion, by the way, it was my own).

And let’s give it a name that befits the new station: reborn knight.

The reborn knight will lose all of the dark powers it had while a death knight including its ability to Marshal Undead and the Hellfire Orb. Plus, abyssal.

Also, the reborn knight will lose much of its buffed up stats. After all, hellfire and eldritch power no longer runs through the reborn knight’s veins, therefore he/she must make due with the powers of just a mortal.

A tough mortal. But a mortal regardless.

As usual, this 5e D&D monster/NPC is available for use in your personal campaigns, just not commercially! And the art isn’t mind: borrowed!

Angelic Weapons. The reborn knight’s weapon attacks are magical. When the knight hits with any weapon, the weapon deals an extra 4d8 radiant damage (included in the attack).

Purity of Spirit. All aberrations, celestials, elementals, fey, fiends, and undead have disadvantage on attack rolls against the knight. And the knight can’t be possessed by them.

Spellcasting. The reborn knight is a 19th-level spellcaster. Its spellcasting ability is Charisma (spell save DC 17, +9 to hit with spell attacks). It has the following paladin spells prepared:

Summon Celestial (1/day). The reborn knight chooses what to summon and attempts a magical summoning.  The knight has a 50 percent chance of summoning 1d6 couatls, 1d3 hound archons, or one deva. A summoned celestial appears in an unoccupied space within 60 feet of the knight, acts as an ally of the knight, and can’t summon other celestials. It remains for 1 minute, until it or the knight dies, or until the knight dismisses it as an action.

Sometimes, one good deed isn’t enough to redeem a death knight. The death knight’s God may require that they prove themselves worthy by stripping away their powers and abilities, and forcing them to completely relive their life.

Except with a twist: they are undead and must be of good alignment.

If they stray even once from the path of good, they will be struck down by their gods and forever banished to the Abyss. No third chances, bubba.

This playable race is free for you to use in your D&D 5e campaigns. Just not commercially! And the art isn’t mine. Borrowed!

In addition, this entry is still being playtested. Please check with your Dungeon Master before creating a redeemer character.

Given a second chance by its god, a redeemer is a paladin that once fell from grace and became a death knight, then redeemed itself. However, before it can truly free itself from its undead curse, the redeemer must demonstrate that it truly is good through the actions it takes in its “second” life.

Your redeemer character has certain characteristics in common with all other redeemers.

Age. Redeemers are the same age they were at the time their death knight selves proved themselves worthy of a chance at redemption. That age can be just a few years, or many hundreds. The redeemer lives until its actions grant it grace in the eyes of its god. Only then can it truly die.

Alignment. Redeemers are always good and most tend towards lawful. However, some redeemers work on behalf of chaotic or neutral gods and their alignments reflect accordingly. If your character performs an action that could be interpreted as undoubtedly evil (murdering or stealing from innocents, treason, etc.), your character is banished to the Abyss for all eternity and cannot be raised through magical means.

Past Life Recall. You gain proficiency in one skill of your choice.

Rejuvenation. If your character dies without being banished to the Abyss, its body reforms and regains all its hit points in 1 hour unless holy water is sprinkled on your character’s remains or a dispel magic or remove curse spell is cast on them.

Unalive. Due to your undead nature, you are resistance to magical forms of healing. Hit points regained by healing magic are halved.

Undead. You are immune to poison damage and you have damage resistance against necrotic damage. Plus, you are immune to the exhaustion and poisoned conditions. You don’t require air, food, drink, or sleep. Instead, you meditate deeply, remaining semiconscious, for 4 hours a day. (The Common word for such meditation is “trance.”) While meditating, you can dream after a fashion; such dreams are actually mental exercises that have become reflexive through years of practice. After resting in this way, you gain the same benefit that a human does from 8 hours of sleep.

Languages. You can speak, read, and write Abyssal and Common.

Thanks again to Instagram follower @byron_saylor for the suggestion!

Hopefully, you’ve got two awesome things to use here, both a good “monster” and a playable race for your Dungeons & Dragons 5th edition games.

If you haven’t already, be sure to sign up to the updates list. The opt-in form is on the right sidebar and down in the footer.