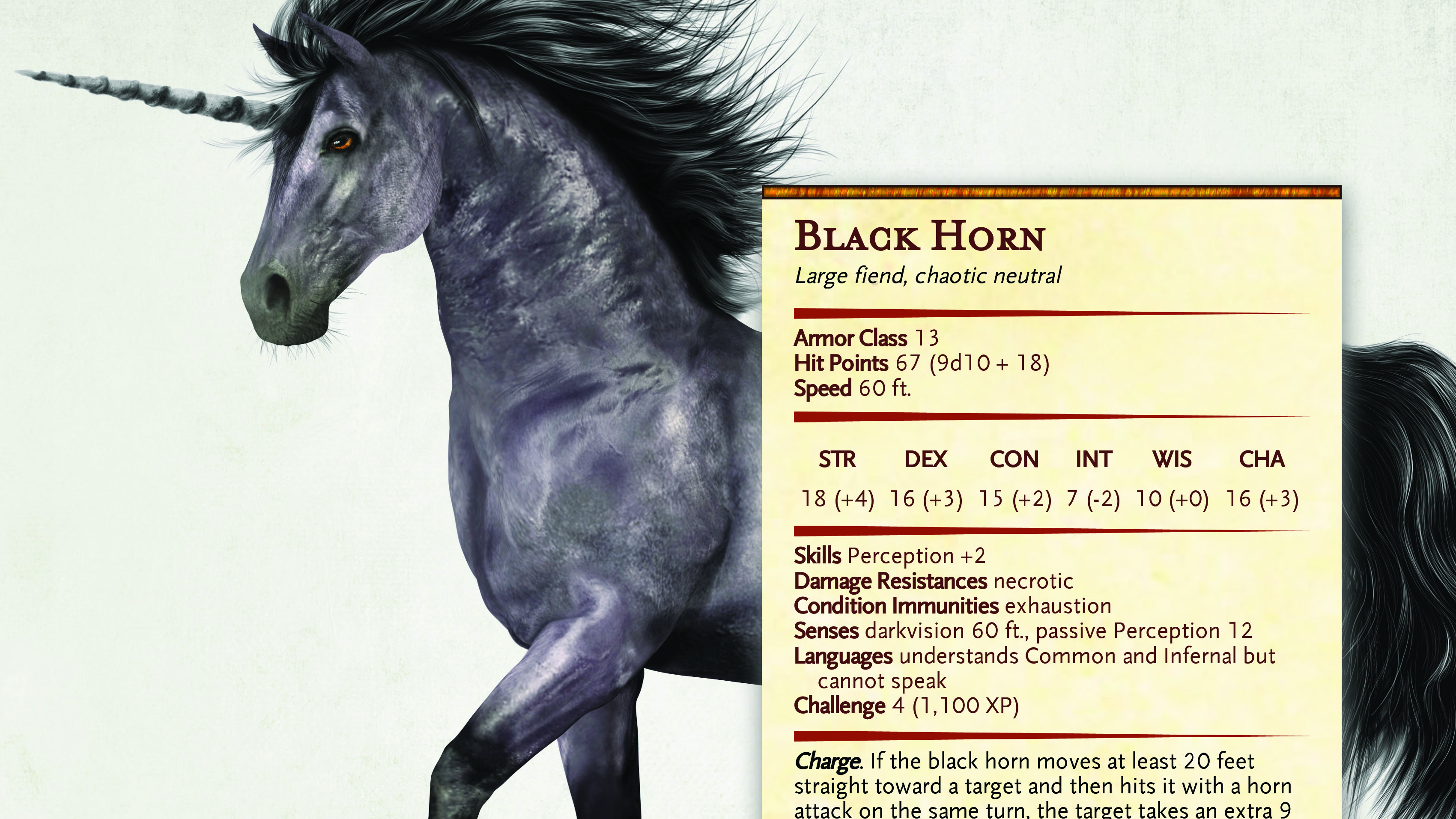 Black horns look like black horses with a single black horn. For this reason, they are often confused with unicorns. The main difference, however, is their origin. The first black horns were created by the Striped Conjurers of Karmithyash as steeds during the Siege of Brasolet in 532 AT. After the fall of Presson’s Enclave, the Conjurers abandoned the black horns in favor of the more intelligent nightmares. The nightmare’s vile temperament also appealed to the rakshasas.

The virtue offered by a black horn is its ability to cover long distances in short periods of time. However, only a rare few can ride the beasts without being thrown from their backs. The most famous black horn riders are the Knights of the White Pillar who train at an early age to bond with their steeds. Still, most White Pillar youths die young, often as a result of the intense training regimen required of them. The few who survive, however, are some of the deadliest and most respected warriors in all Omeria.

Charge. If the black horn moves at least 20 feet straight toward a target and then hits it with a horn attack on the same turn, the target takes an extra 9 (2d8) piercing damage. if the target is a creature, it must succeed on a DC 14 Strength saving throw or be knocked prone.

Magic Resistance. The black horn has advantage on saving throws against spells and other magical effects.

Teleport (1/Day). The black horn magically teleports itself and up to two willing creatures it can see within 5 feet of it, along with any equipment they are wearing or carrying, to a location the black horn is familiar with, up to 1,000 miles away.