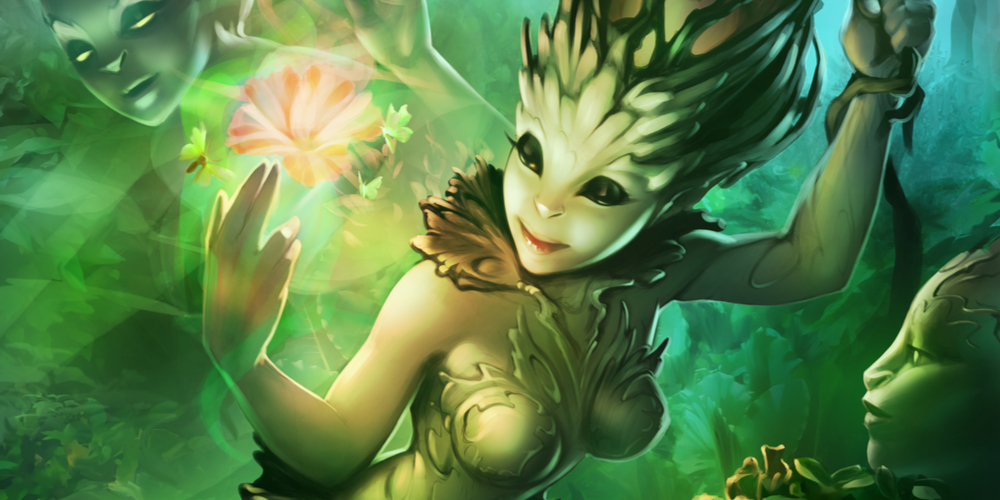 I love making monsters. It’s how I got my start in this nutty world of creating Fifth Edition content. And this monster comes in as a request from one of my patrons:

Could I have something along the lines of a more traditional fairy, but two variants with one Cr1 and one that’s somewhere around Cr 3 – 5. I was thinking somthing along the lines of a Cr 1 fairy thats more pixie’esque (Charismatic trickster) but bigger, that grows into a more powerful dryad like figure as it gets older. I’m not exactly set on anything though, i just wanted a couple more fey to use in my games (and possibly Wandrossa if you allow DM Dave official stuff for the gods?).

Magic Resistance. The faerie has advantage on saving throws against spells and other magical effects.

Innate Spellcasting. The faerie’s innate spellcasting ability is Charisma (spell save DC 13). It can innately cast the following spells, requiring no material components:

Innate Spellcasting. The dryad’s innate spellcasting ability is Charisma (spell save DC 15). It can innately cast the following spells, requiring no material components:

Magic Resistance. The dryad has advantage on saving throws against spells and other magical effects.

Fey Charm. The dryad targets one humanoid or beast that it can see within 30 feet of it. If the target can see the dryad, it must succeed on a DC 15 Wisdom saving throw or be magically charmed. The charmed creature regards the dryad as a trusted friend to be heeded and protected. Although the target isn’t under the dryad’s control, it takes the dryad’s requests or actions in the most favorable way it can.

Each time the dryad or its allies do anything harmful to the target, it can repeat the saving throw, ending the effect on itself on a success. Otherwise, the effect lasts 24 hours or until the dryad dies, is on a different plane of existence from the target, or ends the effect as a bonus action. If a target’s saving throw is successful, the target is immune to the dryad’s Fey Charm for the next 24 hours. The dryad can have no more than one humanoid and up to three beasts charmed at one time.

Want to put in a request? Become a DMDave Patron!

Not only do patrons get to make requests, but they get access to the majority of the PDFs I create PLUS they get to be Gods in the crowdsourced world of Wandrossa.

Art by Shutterstock (used with Permission).