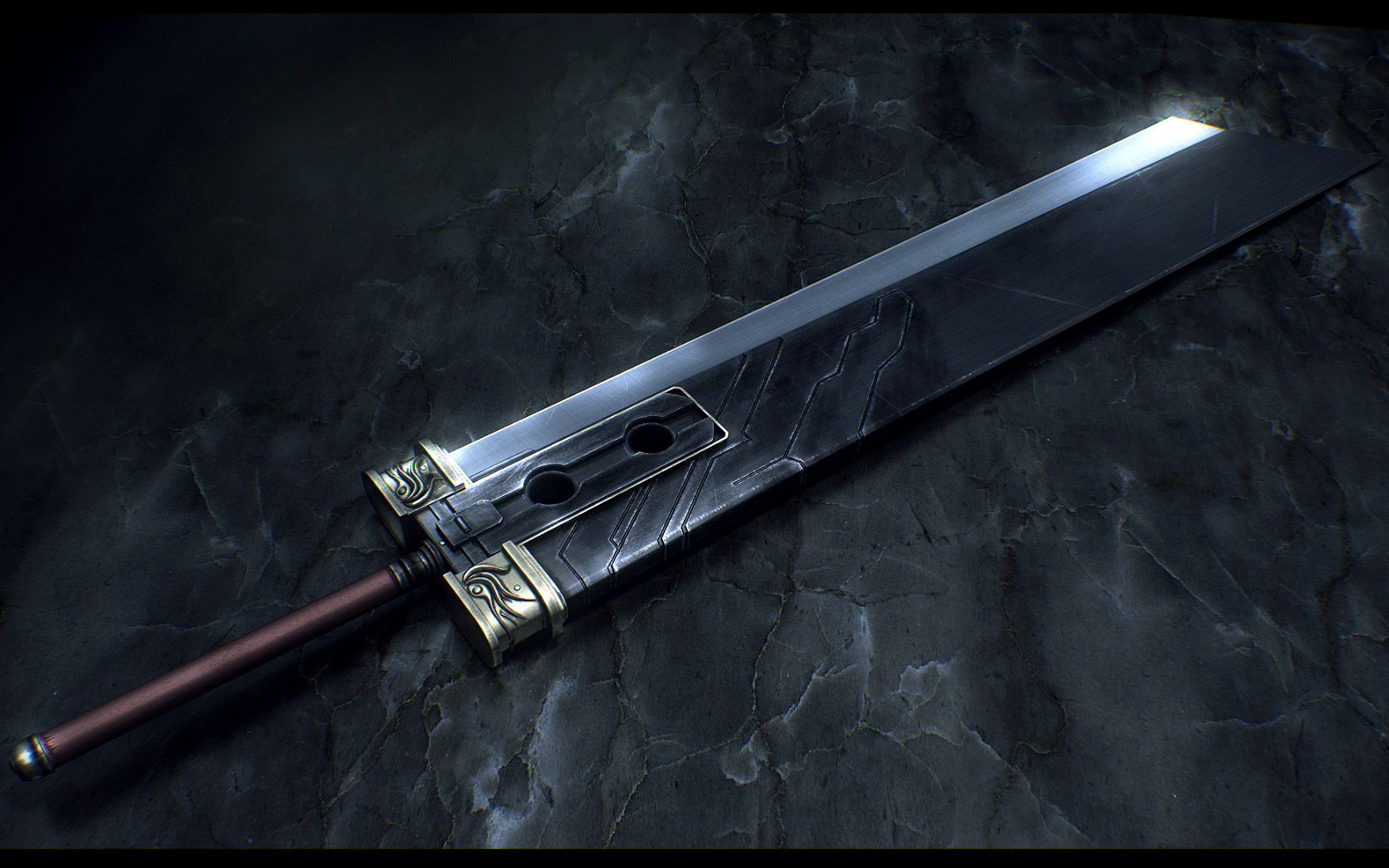 This is one that I’ve gotten requests for a few times in comments and direct messaging on Instagram. I thought it’d be a pretty quick build since I got the idea on what I need to do to create it while I was driving to pick DM Jack up from school today.

What is a buster weapon?

Supposedly, buster weapons–specifically the buster sword–got its origins from Final Fantasy VII. It’s the big ass broadsword that Cloud Strife used in the game. Its appeared in every Final Fantasy game since and become something of a staple in anime.

A buster weapon can be any larger-than-normal weapon. However, in Dungeons & Dragons Fifth Edition, the available weapons are either Medium or Small. And there’s no scaling up. Yet.

In order to create these weapons, they need to be able to be big. Big usually means more damage. The problem with more damage, of course, is that more damage breaks the game, especially in the first tier.

The weapons in Dungeons & Dragons Fifth Edition are typically balanced by the fact that they are Heavy (meaning little dudes can’t use ’em effectively) or require two-hands.

Of course, we know larger weapons exist. The ogre greatclub deals 2d8 damage instead of the normal 1d8 damage for the weapon. Half-ogre battleaxes can deal 2d8 damage or 2d10 if wielded with two hands. The oni glaive deals 2d10 slashing damage when it is in its Large form. Another interesting entry is the fire giant’s greatsword. It deals 6d6 damage, four more dice than the regular greatsword. That tells me that the damage increases by a factor of two for each size category that it goes up.

Now, I don’t want to cheapen the rules. We want the buster sword to accomplish a few things here:

If we multiply those numbers by 20 (the d20), we can determine that the virtual bonus and penalty for each is as follows:

Now, what you’ll notice right away is that those numbers are pretty darn close to the -5 penalty that Great Weapon Fighter gives in exchange for +10 in damage. So I think that if we give the user of a buster weapon a permanent disadvantage on their attacks using the feat, that will help balance out the weapon.

Let’s compare the two weapons’ damage output. I’ve multiplied the average damage of the weapon by the hit probability.

Looking at the heavy weapon property, it pretty much knocks it out of the park in terms of what I need buster weapons to do. Basically, a buster weapon gives a constant disadvantage to the attack. That means I don’t need to offer a feat for a creature to gain proficiency in it. They can just learn it as a martial weapon. The weapon property will supply the disadvantage.

So then I just used the feat to reverse the method of the Great Weapon Mastery feat: you give up damage output the weapon normally does in order to not have disadvantage when making an attack with the weapon. Plus, it gives you a bonus against shields.

At your GM’s discretion, your campaign may use the following optional rules and weapons.

You have practiced extensively with extremely large weapons, gaining the following benefits:

Next: Monk Way of the Animal