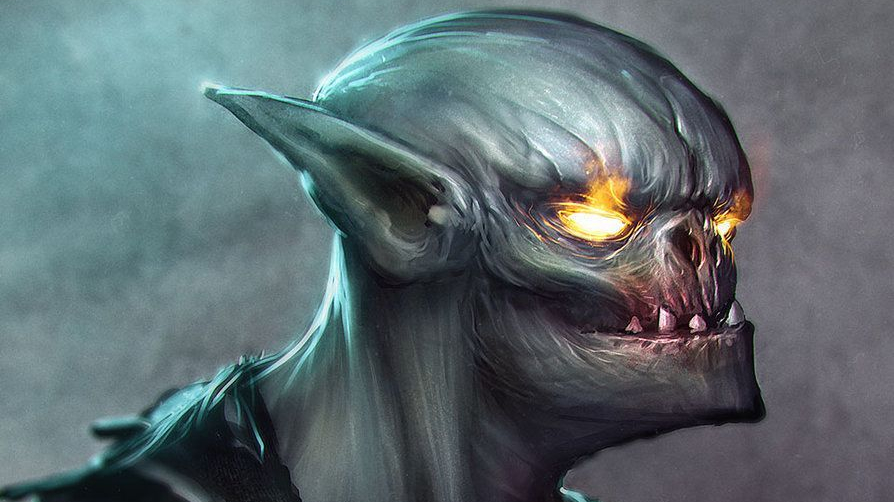 Here comes a request from one of my Patrons for a bump on a classic Fifth Edition monster:

Hi Dave! Monster request: higher CR darkling elder, maybe give it an attack where it can use some of the light it has absorbed during its lifetime.

That sounds pretty neat. Right now there are two types of darklings found in Volo’s Guide to Monsters, the base darkling “warrior” and the darkling elder. Their CRs are 1/2 and 2 respectively.

Typically, the progression for CRs for races that start around 1/2 are 2-3 for its mid-level and then 6 for the high level (if you base it off the hobgoblins).

Therefore, I’ll make this bumped-up darkling into a CR 4 creature. Its “sneak attack” power will scale with its hit dice

Death Burn. When the darkling elder dies, magical light flashes out from it in a 10-foot radius as its body and possessions, other than metal or magic objects, burn to ash. Any creature in that area must make a DC 12 Constitution saving throw. On a failure, the creature takes 10 (3d6) radiant damage and, if the creature can see the light, is blinded until the end of its next turn. If the saving throw is successful, the creature takes half the damage and isn’t blinded.

Darkness (Recharges after a Short or Long Rest). The darkling elder casts darkness without any components. Wisdom is its spellcasting ability.

Warding Flare (3/Day). When the darkling elder is attacked by a creature within 30 feet of it that it can see, it can use its reaction to impose disadvantage on the attack roll, causing light to flare before the attacker before it hits or misses. An attacker that can’t be blinded is immune to this feature.

Become a Wandrossan Worldbuilder on Patreon!

When you become a patron, you get to help us create the world of Wandrossa. Your requests get made, free for you to use however you like (non-commercially), and added to the lore of the world.

In addition to requests, you also receive all PDFs (excluding major Kickstarter releases), swag, the ability to vote in polls, videos, and more.

Art by noistromo on Deviant Art.