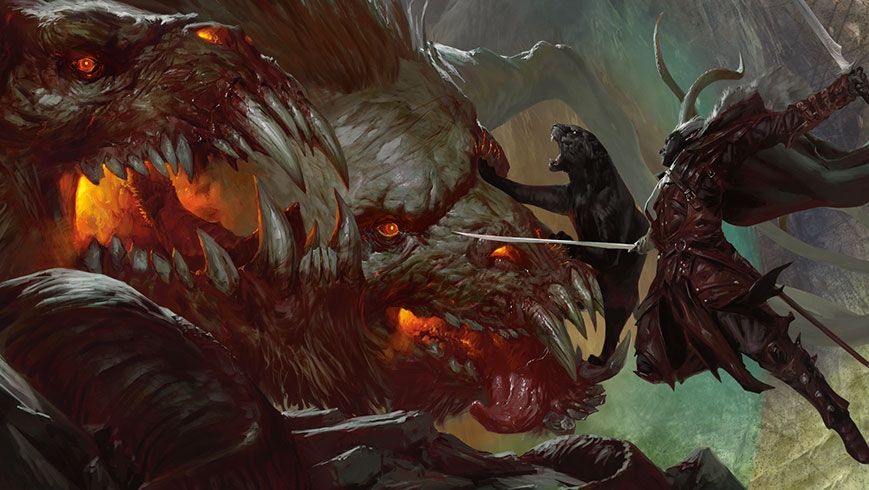 Spellcasters specializing in demon eradication can gain great fame and prestige—if they survive long enough. Although demons are highly resistant to spells, a demonwrecker’s magic is more effective at penetrating their defenses than magic from other sources. While the elite divine spellcasters known as demonwreckers specialize in fighting demonic opponents, they are almost as effective as their nonspecialized counterparts at combating foes of all types.

Demonwrecker is a prestige class, meaning that characters must meet certain requirements before they can take a level in the class.

You gain a suite of abilities that greatly enhances your ability to fight demons. The primary benefits of this prestige class are the ability to overcome spell resistance and the ability to bypass various kinds of damage reduction.

All the following are class features of the demonwrecker prestige class.

Starting at 1st level when you take this prestige class, whenever you hit a creature of chaotic evil alignment with a melee weapon attack, you can use your Channel Divinity to deal an additional 4d10 radiant damage to the target in addition to the weapon’s damage.

Also at 1st level, a chaotic evil creature that possesses the Magic Resistance trait does not gain advantage on saving throws against your spells.

Beginning at 2nd level, any weapon you wield counts as magical for the purpose of overcoming resistance and immunity to nonmagical attacks and damage.

At 3rd level, once on each of your turns when you hit a creature with a weapon attack, you can cause the attack to deal extra radiant damage equal to your Wisdom modifier.

At 4th level, any weapon that you and each friendly creature within 10 feet of you wield count as magical for the purposes of overcoming resistance and immunity to nonmagical weapons against chaotic evil creatures.

At 5th level, you gain resistance to all damage dealt by fiends.

In addition, you have advantage on saving throws against the spells and magical effects of chaotic evil creatures.