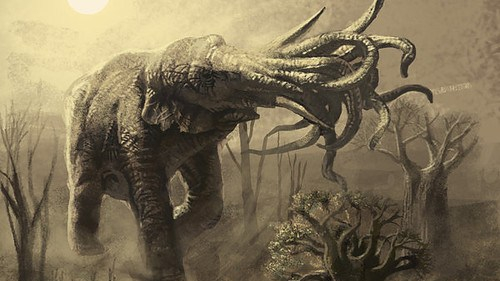 A Huge or smaller beast can become a dire creature. It keeps its statistics except as follows.

Size. The dire creature’s size increases by one size category.

Attacks. Each of the creature’s natural attacks gains one additional die of damage.

Here the dire creature template has been applied to an elephant.

Trampling Charge. If the elephant moves at least 20 feet straight toward a creature and then hits it with a gore attack on the same turn, that target must succeed on a DC 20 Strength saving throw or be knocked prone. If the target is prone, the elephant can make one stomp attack against it as a bonus action.