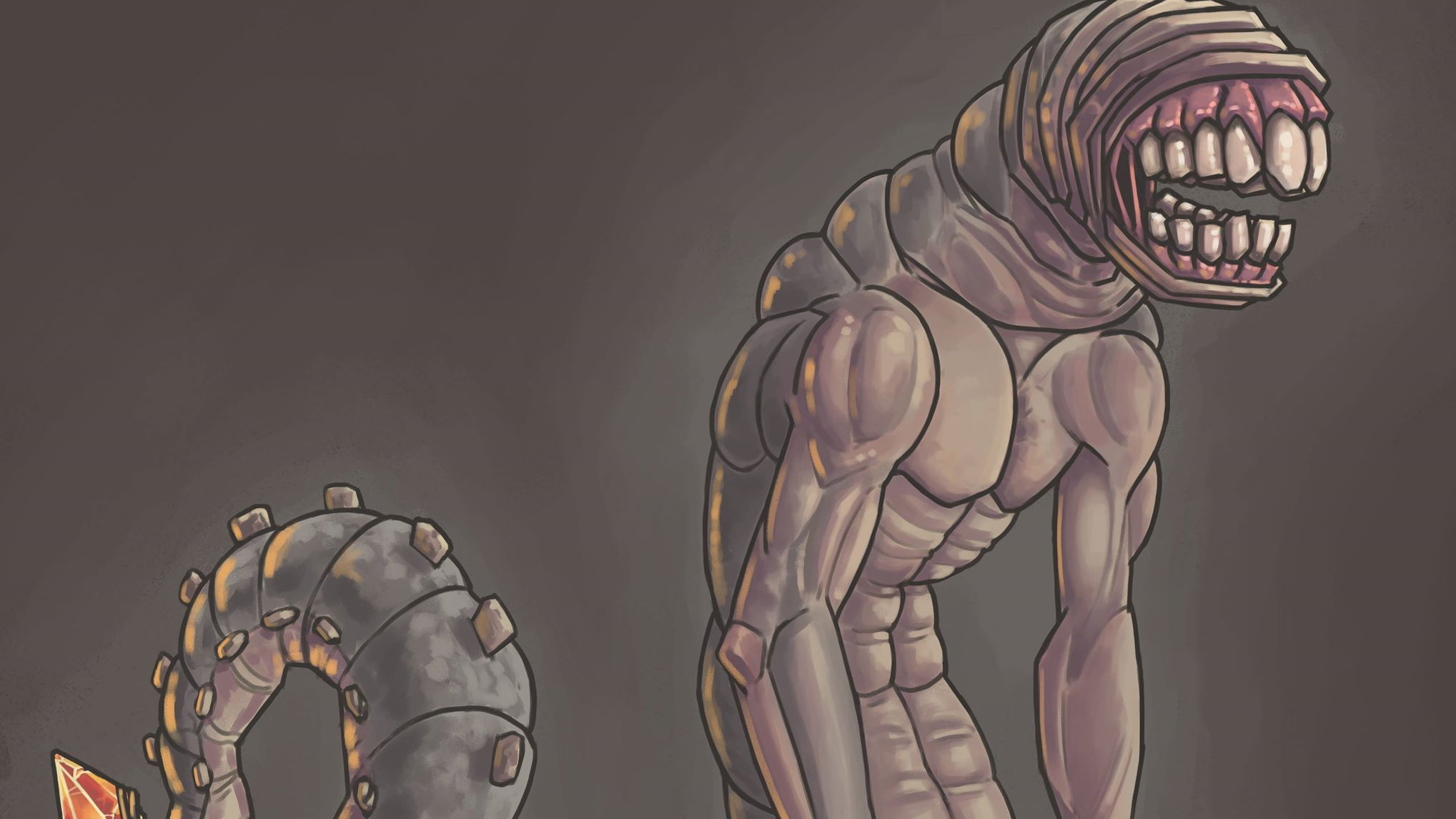 What is a dreg biter?

Biters are the lowest of the dreg, created to function as the dreg “garbage disposal.”  Their entire face is a mouth complemented by muscles designed to make their bite as powerful as possible. Two powerful arms assist these dregs with their consumption, holding objects (and people) in place long enough for it to devour.

Aura of Weakness. Any creature that starts its turn within 5 feet of the dreg must succeed on a DC 12 Constitution saving throw or becomes weakened until the start of its next turn. A weakened target deals only half damage with weapon attacks that use Strength until the effect ends.

Death Burst. When the dreg dies, it explodes in a burst of released souls. Each creature within 5 feet of it must make a DC 12 saving throw, taking 7 (2d6) necrotic damage on a failed save, or half as much damage on a successful one.

Again, bit shoutout to Bert of Crosshead for this awesome monster concept. We’re working on a few more cool critters to complement this freaky creature, so stay on the lookout for that.