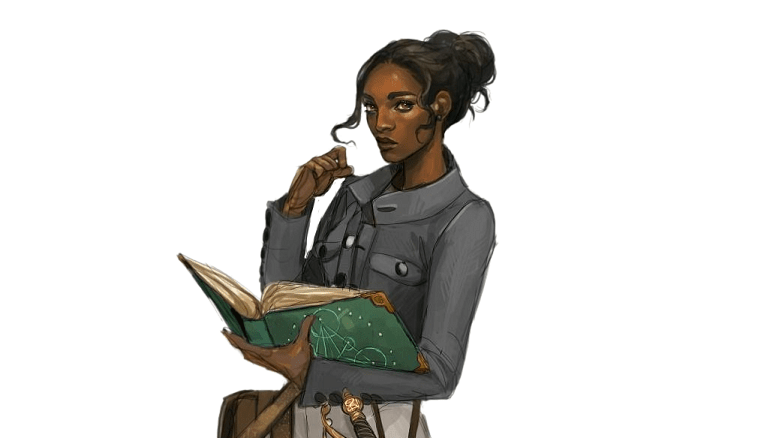 Last night, I whipped up a quickie (well, it was around 4,000 words, but I digress) document on how to create an adventure in 30 minutes or so. While looking at it, I realized that I probably zipped through the math on it pretty quick. I realize now that I sometimes take for granted how well I know that I stuff–don’t get me wrong, I’m no math whiz. I just do encounter math, like, a lot.

Anyways, I thought I might go over encounter mathematics real quick to show how simple it is.

All you will need to follow along with this is the Dungeon Master’s Guide and the Monster Manual. Xanathar’s Guide to Everything is useful, too. I recommend that you familiarize yourself with the following pages:

Okay, here’s the first way to do encounter. Basically, I’m going to pick my monsters first and then calculate how difficult the challenge is.

Determine what monsters you want to throw at your PC’s based on the theme of the encounter.

Add together their experience. This is the encounter XP reward.

Take each of the actual XP rewards for the monsters you selected and add them together.

With four CR 5 monsters that’s 7,200 XP that the encounter is actually worth. So if the characters kill the fire elementals they will be awarded a portion of that 7,200 XP.

Here’s the tricky part. In Fifth Edition, there are two types of XP.

The thing that makes the adjusted encounter XP tricky is that it adds in a multiplier based on the number of monsters in the combat for the XP reward. This multiplier is virtual only; the PCs do not earn this experience. It’s simply there to help you balance the encounter.

Why have multipliers? Action economy! The more monsters there are, the more attacks will be made. A solo monster, for example, will only have 1-2 attacks per round at low levels. So even if that solo monster is a good CR, it’s far less likely to score a hit on the PC’s while it’s alive. Versus multiple monsters, even a bunch of weenies, they’re probably going to score at least a hit or two before they’re vanquished. In fact, if you look at mob rules math, throw in enough and their hits are automatic. Therefore, more monsters are harder.

Back to our fire elemental example, since there’s four of them, I know to multiply their total XP by 2. So those fire elementals are actually valued at 14,400 XP.

Don’t forget to include the party size modifier.

One little thing that gets missed a lot (I missed it myself for a while) is the party size modifier. It reads:

If the party contains fewer than three characters apply the next highest multiplier on the Encounter Multipliers table.

If the party contains six or more character use the next lowest multiplier on the table. Use a multiplier of 0.5 for a single monster.

If I had only two PC’s fighting the fire elementals, their adjusted XP value would be 18,000 instead of 14,400 And if I had six or more PC’s fighting them, that’d make the encounter valued at only 10,800 XP.

All that’s left to do is figure out how hard the encounter actually is. Do this by dividing the adjusted XP by the number of characters and comparing it to the XP Thresholds by Character Level chart on page 82 of the DMG (it will come up as Easy, Medium, Hard, or Deadly).

We’ll pretend that the fire elementals are fighting 4 characters that are level 11.

Deadly. A deadly encounter could be lethal for one or more player characters. Survival often requires good tactics and quick thinking, and the party risks defeat.

And that’s it! We just took our four fire elementals and created a Deadly encounter with them.

But what if we wanted to work backward from the encounter difficulty to the monsters?

This next method is a little more advanced, but, arguably, is a much better way to determine your encounters especially if you want to balance your adventures properly.

Basically, it’s working backward from the encounter difficulty to figure out what sort of monsters you can throw at the PCs.

This time, I’m going to pick my encounter’s difficulty first. Same situation as before: I’ve got 4 PC’s of 11th level. I want to throw a Medium encounter at them.

Looking at our XP Thresholds by Character Level chart, I know that the PC’s are capable of fighting a 1,600 adjusted XP per character encounter to make it a Medium encounter. Or basically, an encounter worth 6,400 adjusted XP.

Determine the number of monsters present.

Once you have the budget for the encounter, next determine how many monsters you want to throw at your PCs.

For this Medium encounter I want to build, I’m going to throw 10 monsters at my 11th-level PC’s.

Divide the encounter’s adjusted XP value by the multiplier.

This is where it gets interesting. Once you know how many monsters you want to throw at your PC’s, you take the multiplier from the Encounter Multipliers and divide it into the total adjusted XP amount.

Then, divide the adjusted XP total by the number of monsters.

Once you have the adjusted total, divide that number by the number of monsters.

Round the XP to the nearest CR. This is your target CR.

After dividing the multiplier into the total adjusted CR, all you have to do is take that number and round it to the nearest CR. If you don’t have the XP rewards by CR memorized yet, no worries. There’s a nifty table on page 275 of the DMG.

This means that if I want to throw 10 monsters at my group of four 11th-level characters, their difficulty needs to be right around CR 1.

Doublecheck the math by using the first method.

I usually doublecheck the math just to make sure that I’m not too far off.

Here’s how that would look for my encounter:

It’s a little under Medium, but close enough that it shouldn’t be an issue!

Last but not least, there are a few unspoken rules of Fifth Edition.

Fifth Edition adventures and “days” are designed to have the characters go through 6 – 8 Medium or Hard encounters. And each encounter should last roughly 3 rounds on average. This means that the average character will fight through 18 – 24 combat rounds before needing a long rest.

On page 84 of the DMG, there is a handle table for Adventuring Day XP. This lets you know the total amount of adjusted XP that the characters can handle before they need a long rest.

Therefore, if you want to build out an adventure that doesn’t have any “save points”–ie, places where the characters can perform a long rest–then it needs to stay within the budget for daily encounters.

And the math is pretty clean, too. If I took the amount showed there and divided it by six encounters, the number shakes out to be the value for a Medium or Hard encounter.

My group of 11th-level PC’s can handle 10,500 adjusted experience per character. Divide that by 6, and I end up with 1,750 per encounter per character. Checking back to the XP Thresholds by Character Level chart, that number is just slightly more than Medium. Bingo!

If all else fails, turn to Xanathar’s.

If the math side is still a pain for you, then no worries. Xanathar’s Guide to Everything actually simplifies these rules on page 88, a whole section on encounter building. They don’t really give you any sort of wiggle room for encounters that aren’t Medium or Hard, but it’s good in a pinch.

I hope this was helpful for understanding the mathematics of adventure craft in Dungeons & Dragons Fifth Edition. Like most things, it just takes some practice. These days I can do a lot of it in my head, but then again, I do this kind of stuff for a living haha!

If you have any questions, feel free to hit me up on Instagram or in the comments below.