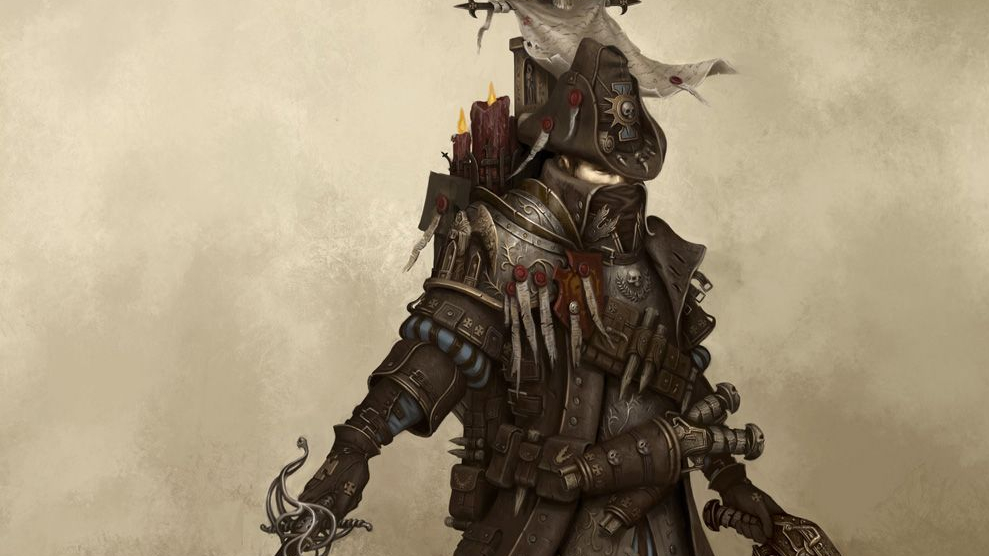 At 3rd level, a fighter gains the Martial Archetype feature. The following Seeker option is available to a fighter, in addition to those normally offered.

Seekers are warriors who’ve sworn to protect the world from supernatural threats, often those that most are ignorant to. Darkness, the occult, and black magic are the Seeker’s allies in the fight against evil. The life of the Seeker is a punishing one. Often, the Seeker forfeits his or her own happiness and well-being for the greater good.

When you reach 3rd level, you learn potent ritual spells which help you in your fight against dark forces. See chapter 10 of the PHB for the general rules of spellcasting and ritual spellcasting.

Preparing and Casting Spells. All of the spells that you know can only be cast as rituals, even if the spell lacks the ritual tag. You can cast any ritual spell that you have in your ritual book. You don’t have to have the spell prepared in order to cast it.

Learning Spells of 1st Level and Higher. Each time you gain a fighter level, you can add one seeker spell of your choice to your ritual book for free. Each of these spells must be of a level no higher than what’s shown in the Seeker table’s Spell Level column for your level.

If you come across a spell in written form, such as a magical spell scroll or a wizard’s spellbook, you might be able to add it to your ritual book. The spell must be on the seeker spell list and can be no higher than what’s shown in the Seeker table’s Spell Level column for your level. The process of copying the spell into your ritual book takes 2 hours per level of the spell and costs 50 gp per level. The cost represents material components you expend as you experiment with the spell to master it, as well as the fine inks you need to record it.

Spell save DC = 8 + your proficiency bonus + your Intelligence modifier

Mark of the Seeker

Also at 3rd level, as a bonus action, you can choose a creature that you can see within 90 feet of you. For 1 hour, you have advantage on any Wisdom (Perception) or Wisdom (Survival) check you make to find it. This effect ends early if you are incapacitated or die, or if you use this feature to mark another creature.

Starting at 7th level, you have an unshakeable belief in your self-worth. You become proficient in the Intimidation skill and your proficiency bonus is doubled for any ability check you make that uses Intimidation.

Starting at 10th level, you can use your Mark of the Seeker feature even if you can’t see the creature. The creature must still be familiar to you, and it must be within 1,000 feet of you. The feature can locate a specific creature known to you or the nearest creature of a specific kind (such as a human or a unicorn), so long as you have seen such a creature up close–within 60 feet–at least once. if the creature you described or named is in a different form, such as being under the effects of a polymorph spell, this feature doesn’t locate the creature.

Starting at 15th level, creatures marked by your Mark of the Seeker feature have disadvantage on their Wisdom (Perception) rolls made to detect you while you are hiding.

Once per turn, you can deal an extra 1d6 damage to one creature you hit with a weapon attack that can’t see you.

At 18th level, you can deliver a powerful blow capable of incapacitating a creature. As an action, you can make a single weapon attack against a creature marked by your Mark of the Seeker feature. If the attack hits, the creature is stunned for 1 minute. The target can make a Constitution saving throw against your spell save DC, ending the effect on itself with a success.

The following spell list shows which spells can be learned and cast by Fighters who choose the Seeker Martial Archetype. All of the spells on the seeker’s spell list can be cast as rituals, even if they do not normally possess the ritual tag.

Protection from Evil and Good*

*These spells are not normally ritual spells but can be cast by the Seeker as rituals. The casting time for these spells increases by 10 minutes.

The following spells are available to Seekers, Sorcerers, Warlocks, and Wizards.

You touch up to 4 nonmagical weapons. Until the spell ends, the weapons become magic weapons with a +1 bonus to attack rolls and damage rolls. In addition, the weapon deals an additional 1d8 radiant damage if it hits an undead or fiend.

Components: V, S, M (chalk, a sprinkling of holy water, rare incense, and a powdered ruby worth at least 500 gp)

Using chalk, you draw a 5-foot-radius circle on a surface that acts as a trap for a specific type of creature. Choose one or more of the following: celestials, elementals, fey, fiends, and undead. When the chosen creature enters the area or any area no more than 10 feet directly above or below the circle for the first time on a turn, the creature must succeed on a Charisma saving throw or become trapped.

While within the trap, the creature has disadvantage on Intelligence, Wisdom, and Charisma saving throws against spells and magic effects. A creature inside the circle can’t leave it by nonmagical means. A creature within the trap can still make weapon attacks as long as its target is within range. If a creature tries to cast a spell, it must first make a Charisma saving throw. On a successful saving throw, the creature casts the spell. This includes any magic used to exit the trap such as teleportation or interplanar travel. On a failed saving throw, the spell takes no effect and is wasted.

The spell’s area can’t overlap with another outsider’s trap spell. The effect can penetrate nonmagical organic material such as leather, woven blankets, or rugs but no more than 1 inch thick. Any other material over the circle such as wood, dirt, stone, or metal blocks the spell’s effect.

The spell remains until the circle is broken by any creature that is not trapped by the spell, or if the creature uses a spell or feature that damages the surface that the circle is drawn on, such as the earthquake spell.