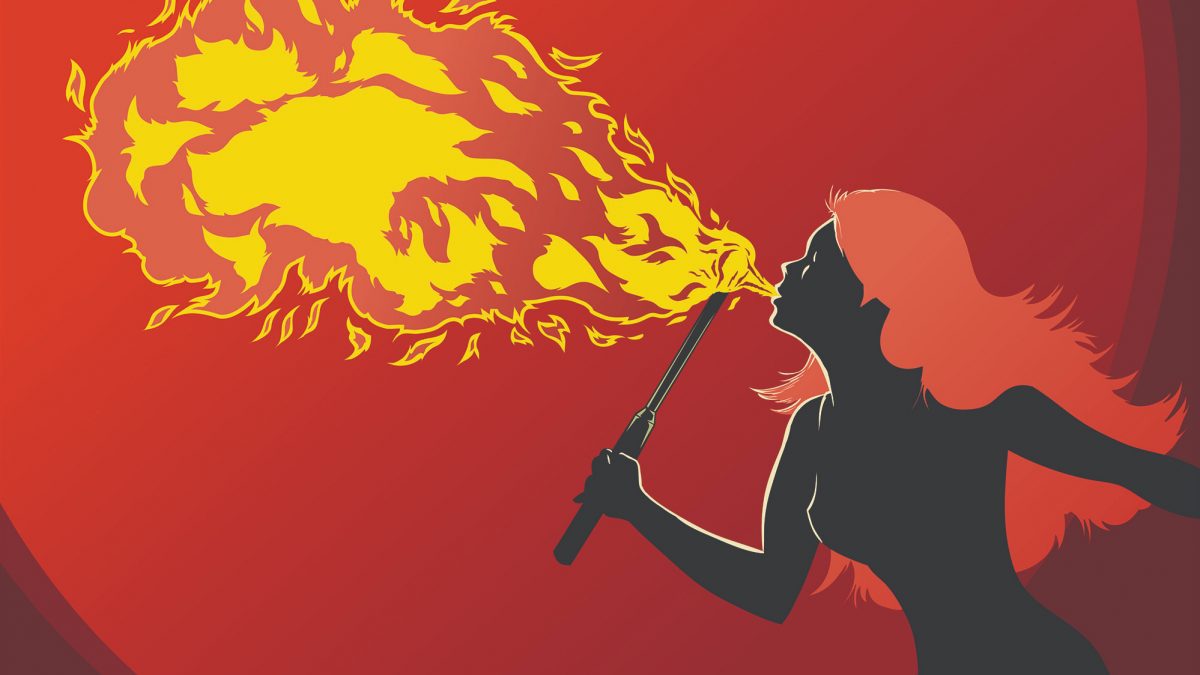 At 1st level, a sorcerer gains the Sorcerous Origin feature. The following Fire-Eater option is available to a sorcerer in addition to those normally offered.

Fire-eaters can trace their origins to the strange fire elves of the elemental planes. As the name implies, fire-eaters consume fire, converting it into raw arcane energy.

Starting at 1st level when you take this sorcerous origin, when you cast a 1st-level or higher spell that deals any damage type other than fire, you can change the damage type of the spell to fire for the casting.

At 1st level, you know the firebolt cantrip. This cantrip does not count towards the total number of cantrips that you know. You can also speak, read, and write Ignan, the language of fire.

At 6th level, you gain resistance to fire damage.

Starting at 6th level, whenever you are hit by a spell that deals fire damage, you can use your reaction to consume the spell. If the spell was 3rd level or lower, the spell fails and deals no damage to you or any other creature or object that the spell targeted, and you gain sorcery points equal to the level of the spell you consumed (minimum of 1). If the spell was 4th level or higher, make a Constitution saving throw with a DC of 10 + the spell’s level. On a successful saving throw, the spell fails and has no effect, and you gain temporary hit points equal to the spell’s level.

You can use this feature three times, and regain all expended uses after you finish a long rest.

Starting at 14th level, if you cast a 1st-level or higher spell that deals fire damage, you gain 1 sorcery point.

Once you gain 3 sorcery points using this feature, this feature ceases to function until you finish a long rest.

At 18th level, you gain immunity to fire damage.

You can also use your action to spend 5 sorcery points to transform into a being of living fire. Once you do, you and anything you are wearing or carrying also become fire. While fire, you can move through a space as narrow as 1 inch wide without squeezing. A creature that touches you or hits you with a melee attack while within 5 feet of you takes 1d10 fire damage. In addition, you can enter a hostile creature’s space and stop there. The first time you enter a creature’s space on your turn, that creature takes 1d10 fire damage. Flammable objects not being worn or carried catch fire.

You shed light in a 20-foot radius and bright light in an additional 30 feet.

Also, all of your melee and ranged weapon attacks deal fire damage instead of the damage normal for the attack.

Your fire form lasts for 1 minute or until you use your bonus action to change back.

Join as a Patron at any tier and download the PDF today.