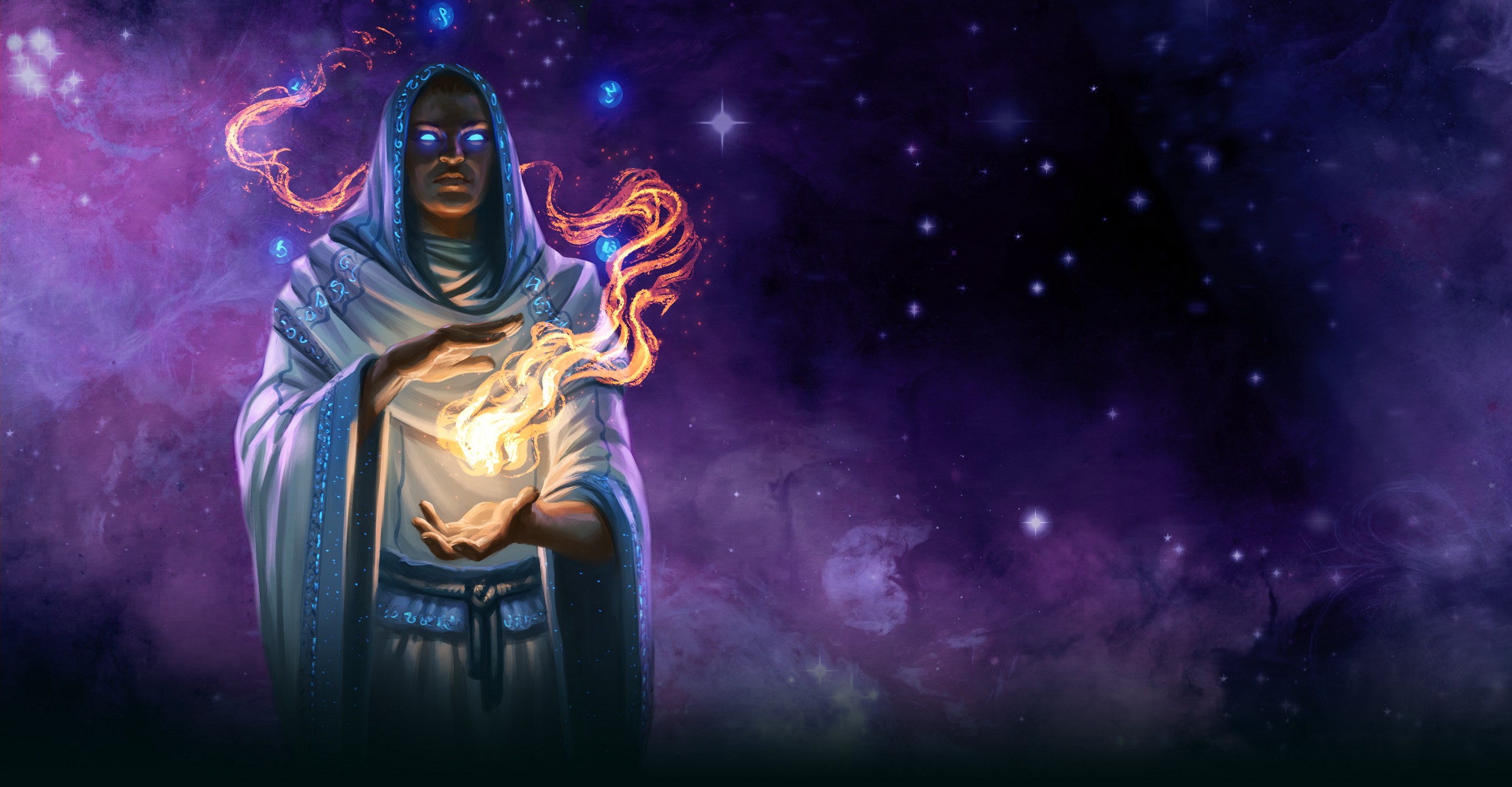 Over the last week, I’ve received some awesome feedback from patrons and fans re: the Gods of Wandrossa game on Patreon. Plus, I’ve learned a lot, too.

One big issue I had with how the game is currently set up is that the game itself has been distracting from its original purpose, which was to create an open source for others to provide ideas to building the world and for me to weave it all together. Instead, the game more or less turned into Farmville. I was so busy trying to keep track of all the actions and followers, etc., that I hardly had time to create content, which kinda sucks.

After sitting down with some of the players, I’ve come up with some better, cleaner, simpler rules that still captures the spirit of the Dungeons & Dragons and lets players be the god they want to be.

Hopefully, you all will see these as an improvement.

What follows is the second prototype rule set for the Gods of Wandrossa mini-game on Patreon.

What is the goal of Gods of Wandrossa?

As one of Wandrossa’s gods, you take daily actions that send a ripple effect through the land and history of the world, Wandrossa itself. Each god has its own set of domains and powers that allow them to do things in the world. However, you aren’t limited to a certain set of actions like in Fifth Edition. You can do whatever you can imagine so long as it makes sense with the overall narrative and gods domain.

Over time, your gods ascend in ranks, giving you more powers, abilities, and even special avatars called chosen ones, letting you further affect the nature of the world.

Eventually, published books will come out, detailing the gods’ and their Chosen One’s actions in the world as creating new, usable content for Fifth Edition.

How do I make a God?

Creating a god is simple. Your starting rank is based on your patron tier. Reference the Gods of Wandrossa table below to determine your starting powers.

Tier. This is your patron tier. It determines your starting rank.

Rank. As a god, you have ranks 1 through 20. Rank 1 gods are considered quasi-deities. Typically, these are mortals imbued with divine powers. Gods of rank 2 through 4 are demigods. They are immortals who also walk among mortals, but are more powerful than quasi-deities and affect a small portfolio. Gods of rank 5 through 10 are lesser deities. Lesser deities are removed from the mortal world and have greater control over aspects of their portfolio. Intermediate deities are gods rank 11 through 16. Entire continents tremble under their power. Finally, greater deities are gods of rank 17 through 20. Greater deities have the power to affect the entire world of Wandrossa.

Monthly Creation Tokens. As a god of Wandrossa, you can create new spells, magic items, subclasses and more. These creations are purchased through creation tokens, which you gain monthly based on your level. For example, a god of rank 7 would get 3 creation tokens at the start of the month. Creation tokens carry over month-to-month, allowing patrons to save up and purchase bigger, more complicated creations developed by DMDave.

Might. Might is a rudimentary system for determining how powerful gods are in comparison to one another. The Overdeity uses this score to determine whether or not certain actions are possible or whether or not another god or gods can oppose them.

Chosen One. Chosen ones are mortals or half-mortals that work on behalf of a god. Each day, a god can use their chosen ones to perform actions on their behalf. Chosen ones can be the leader of cities, wandering adventurers, powerful sages, assassins, or anything that fits within the purview of the god’s domains. A chosen one’s might is always considered to be 1. Each chosen one you have has its own set of Fifth Edition stats.

Actions To Level (ATL). Each time a god takes an action, it counts towards the number of actions required to level as shown on the ATL column on the Gods of Wandrossa chart. For example, if a 1st rank god takes 5 actions, they ascend to 2nd rank. The only actions that count are full actions, not bonus actions.

What else do I need to be a god?

In addition to your starting rank, you’ll need to know the following things:

How do I play Gods of Wandrossa?

Each day, as a god, you get to take three types of actions: one regular action, one chosen one action for each of your chosen ones, and one “Might 1” action. Actions are taken on the Call-to-Action thread on DMDave’s Patreon posted daily at 9am CST Monday through Friday. You have until 5pm CST to post your actions.

What can I do as a regular action?

The sky is the limit with the types of regular actions you can do. You tell me what you want to do, and I interpret it and determine whether a not it’s a success and if it is a success how successful it is.

While doing this, I consider the following three factors:

There is no dice rolling in Gods of Wandrossa. Instead, the Overdeity (that’s me) determines whether or not your actions succeed or fail. Generally speaking, as long your action is within the realm of what is possible due to your portfolio, alignment, might, and available creation tokens, it’s likely to succeed. However, there is always a chance that another god could stop you.

After you declare your action on the CTA thread, other gods can attempt to stop you or assist you (in addition to their Chosen Ones). If this occurs, the success or failure of the actions depends on the total might of your god and those assisting you versus those opposing you. If your total might is higher than those that oppose you, your action succeeds–the level of its success depends on how much you succeed by. Vice versa, if you fail, the other gods could choose to do something to you such as imprison you, poke out your eye, or any other reasonable outcome determined by the total amount of might that they succeed by.

In addition to Chosen Ones, you can take a bonus action on each of your turns called a Might 1 Action. A Might 1 action allows you to take a second action, however, your might is considered to be 1 for that action. For example, if you used your regular action to create a new settlement that day, but you needed to help stop a rogue god, your action to stop the god would count as Might 1.

At the end of each day (at 5:00pm CST), I take all the actions described by gods and determine whether or not the actions were successful. Then, I place them all in a post written as a “historical document” recollection the actions. From there, gods decide on their next course of action the following game day.

In Gods of Wandrossa, you’re allowed creation tokens which allow you to create new Fifth Edition content, developed by DMDave. Each month, you’re gifted an allotment of tokens depending on your rank/tier as shown on Creation Tokens column of the Gods of Wandrossa table. Below are the things that you can buy with your Creation Tokens.

How do I win at Gods of Wandrossa?

Like Fifth Edition, Gods of Wandrossa is all about roleplaying and developing your character, which, in this instance, is a god.

The game works best when you cooperate with the other players in developing a cohesive story. This includes gods of opposing alignments; it’s way easier to write the story to everyone’s satisfaction when everyone works together.

In the end, it’s all about doing one thing: having fun.

This is where I want to end it, right at 2,000 words. I want to keep it short, sweet, and simple. There’s no need to complicate it.

If you’re interested in coming on board and joining in on the fun, check out my Patreon.

See you soon and good luck!