Henchmen for Dungeons & Dragons Fifth Editon (Plus a Preview of the New Superhero Class!) 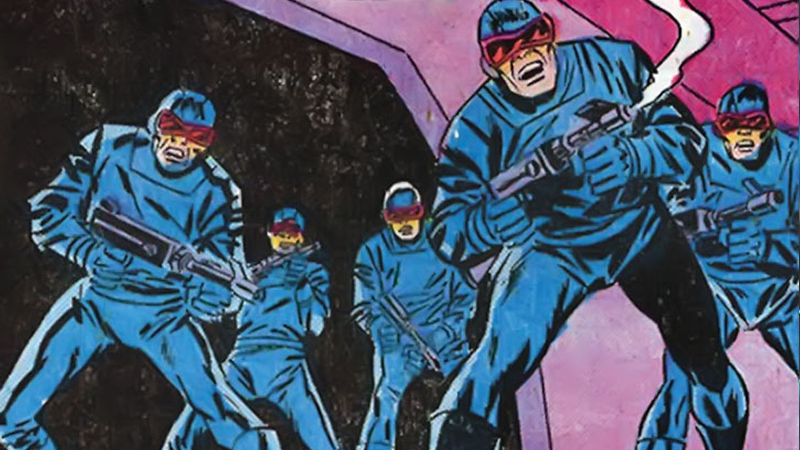 DM DaveLeave a Comment on Henchmen for Dungeons & Dragons Fifth Editon (Plus a Preview of the New Superhero Class!)Posted in GM Tools

Vader has stormtroopers. Doom has doombots. Darkseid has parademons. Every bad guy needs henchmen. What are henchmen? Henchmen (and women!) are the folks with the matching uniforms that act as speed bumps for a hero to cross to get to the big bad evil guys. They’re often cocky (or cowardly), have terrible aim, and are usually nothing more than nameless peons.

When cooking up a setting for superheroes based on Dungeons & Dragons Fifth Edition rules, I knew I’d need to create some henchmen, too. So here they are!

Deadlier Alone. The henchman has disadvantage on an attack roll against a creature if at least one of the henchman’s allies is within 30 feet of the creature and the ally isn’t incapacitated.

A Preview of The NEW Superheroes Class

Sorry for the late post tonight! In honor of Stan Lee who just passed away yesterday, I’ve been busting my hump creating a full-blown superhero class for Dungeons & Dragons Fifth Edition. And I must say… it’s one of my favorites so far.

Here’s a little slice of what to expect from this new Fifth Edition class option:

While must superheroes fight for truth, justice, and an improved way of life for all living things, not all superheroes have the same origin stories. Your origin defines how you got your powers in the first place. It also helps direct your abilities and training.

You were not born with your powers like a Mutant nor did you learn them through Mystical or Technological means. Instead, something happened to you that changed you at the genetic level which in granted you your superpowers. This event may have been a science experiment gone wrong (or right, depending on who you ask), or a mystical ritual performed on your body. You may have been bitten by a radioactive creature or blasted with an alien ray. Whatever the story, as an Altered Superhero, these are your features:

At 1st-level, your improved physical abilities allow you to fight effectively while unarmed. You gain the following benefits while you are unarmed and wearing light, medium, or no armor.

At 1st level, you gain proficiency in Wisdom saving throws.

At 2nd level, you become an expert at hand-to-hand combat. Whenever you hit a creature with an unarmed strike on your turn, you can use a bonus action to attempt to grapple the target.

Starting at 5th level, your unarmed strikes count as magical for the purpose of overcoming resistance and immunity to nonmagical attacks and damage.

Starting at 9th level, when an attacker that you can see hits you with an attack, you can use your reaction to halve the attack’s damage against you.

Let me know what you think so far down in the comments.

Hopefully, I should be done later tonight. If you’d like a notification of the class when it’s completed, be sure to sign up to the mailing list on the right sidebar or down in the footer.