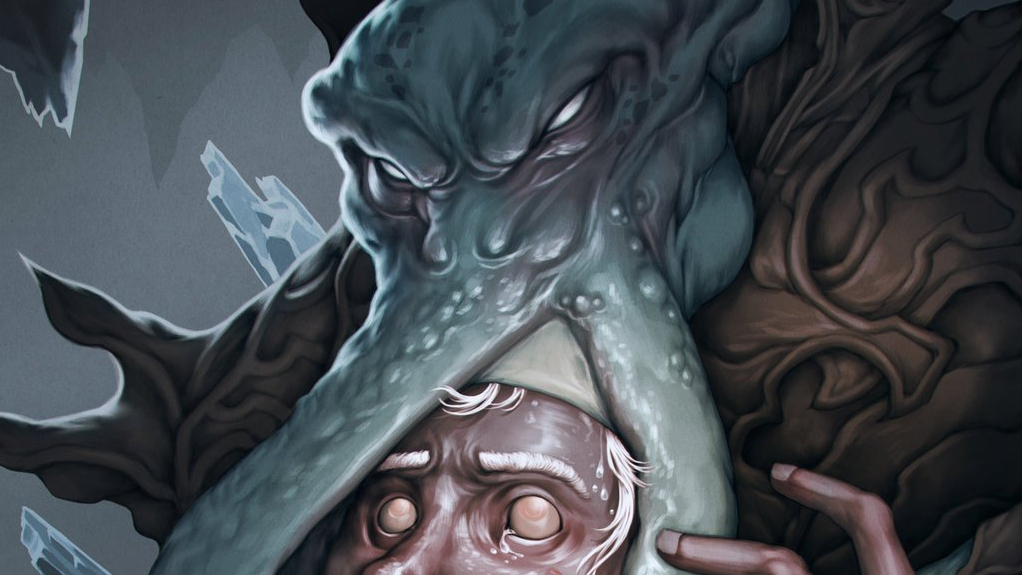 Currently, my Saturday group is in the middle of a dungeon filled with mindflayers. There’s plenty of good mindflayers to toss at them already, but I wanted to come up with a few more wild variations. Kinda stuff they won’t see coming. Or will and promptly run away.

Here is what I came up with.

Enjoy! As a bonus, be sure to check out Keith Amman’s article on mindflayer tactics.

Extra Heads. The ceremorph has advantage on Wisdom (Perception) checks and on saving throws against being blinded, charmed, deafened, frightened, stunned, or knocked unconscious. In addition, the ceremorph can concentrate on up to two spells at a time.

Magic Resistance. The ceremorph has advantage on saving throws against spells and other magical effects.

Innate Spellcasting (Psionics). The ceremorph’s innate spellcasting ability is Intelligence (spell save DC 16). It can innately cast the following spells, requiring no components.

Tentacles. Melee Weapon Attack: +8 to hit, reach 5 ft., one creature. Hit: 26 (4d10 + 4) psychic damage. If the target is Huge or smaller, it is grappled (escape DC 16) and must succeed on a DC 16 Intelligence saving throw or be stunned until the grapple ends.

Extract Brain. Melee Weapon Attack: +8 to hit, reach 5 ft., one incapacitated humanoid grappled by the ceremorph. Hit: 55 (10d10) piercing damage. If this damage reduces the target to 0 hit points, the ceremorph kills the target by extracting and devouring its brain.

Mind Blast. The ceremorph magically emits psychic energy in a 90-foot cone. Each creature in that area must succeed on a DC 16 Intelligence saving throw or take 40 (8d8 + 4) psychic damage and be stunned for 1 minute. A creature can repeat the saving throw at the end of each of its turns, ending the effect on itself on a success.

Detect Sentience. The swarm can sense the presence and location of any creature within 300 feet of it that has an Intelligence of 3 or higher, regardless of interposing barriers, unless the creature is protected by a mind blank spell.

Multiattack. The swarm makes two attacks with its claws and uses Devour Intellect.

Devour Intellect. The swarm targets each creature it can see within 10 feet of it that has a brain. Each target must succeed on a DC 16 Intelligence saving throw against this magic or take 11 (2d10) psychic damage. Also on a failure, roll 3d6: If the total equals or exceeds the target’s Intelligence score, that score is reduced to 0. The target is stunned until it regains at least one point of Intelligence.

Body Thief. The swarm initiates an Intelligence contest with an incapacitated humanoid within 5 feet of it that isn’t protected by protection from evil and good. If it wins the contest, the swarm magically consumes the target’s brain and spawns an intellect devourer which then takes control of the body. While there, the intellect devourer has total cover against attacks and other effects originating outside its host. The intellect devourer retains its Intelligence, Wisdom, and Charisma scores, as well as its understanding of Deep Speech, its telepathy, and its traits. It otherwise adopts the target’s statistics. It knows everything the creature knew, including spells and languages.

Detect Sentience. The blimp can sense the presence and location of any creature within 300 feet of it that has an Intelligence of 3 or higher, regardless of interposing barriers, unless the creature is protected by a mind blank spell.

Multiattack. The brain blimp makes two attacks with its tentacles.

Tentacle. Melee Weapon Attack: +6 to hit, reach 20 ft., one target. Hit: 17 (3d8 + 2) psychic damage. If the target is Huge or smaller, it is grappled (escape DC 14) and must succeed on a DC 14 Intelligence saving throw or be stunned until this grapple ends.

Got a request for a freaky monster?

All of my patrons get requests! Yup! PLUS, you know, stuff like PDFs of my content, sneak peeks at BroadSword Monthly, and a whole lot more.