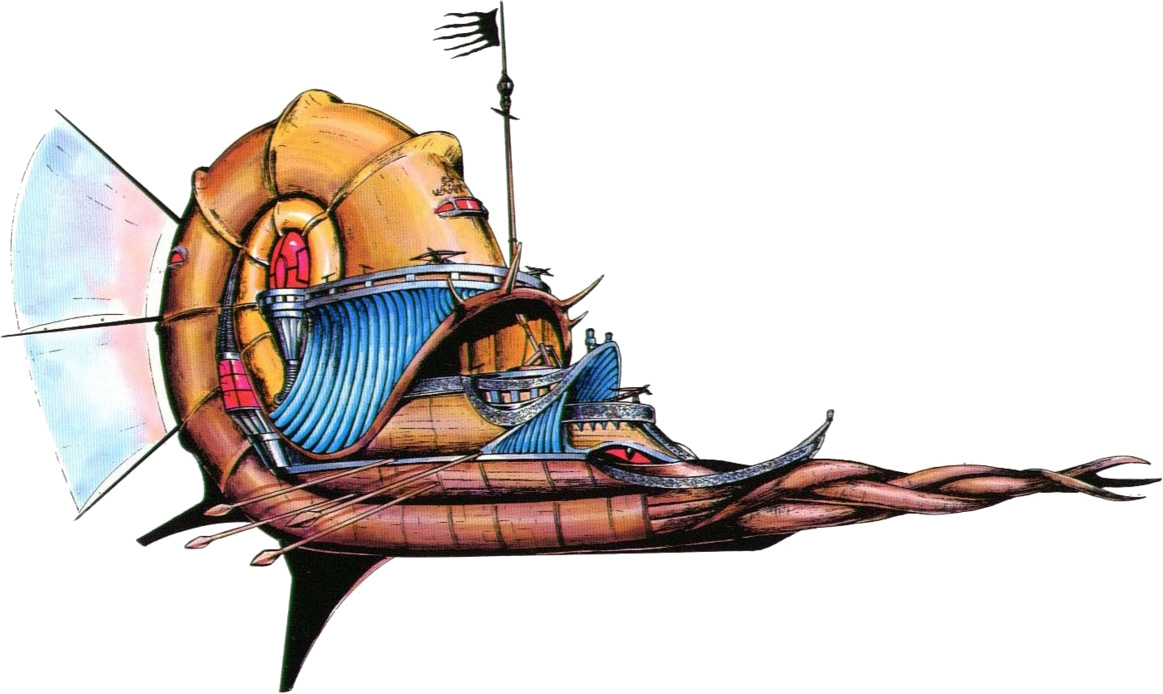 The Nautiloid is the standard ship of the line of the various illithid nations and reflects the nature of the race. Its coiled shell provides the comfort of enclosed spaces while protecting the mind flayers from the irritating rays of the sun.

Fire Ballista. The ship can fire its ballistas (DMG, ch. 8).

Fire Mangonel. The ship can fire its mangonel (DMG, ch. 8).

Jettison. The ship drops a bomb at a point directly below it. Each creature within 5 feet of that point must make a successful DC 12 Dexterity saving throw or take 10 (3d6) fire damage.

Move. The ship can use its helm to move with its magical propulsion unit. As part of this move, it can use its naval ram.

Move up to the speed of the ship’s magical propulsion unit, with one 90-degree turn. If the helm is destroyed, the ship can’t move.

The nautiloid has advantage on all saving throws relating to crashing when it crashes into a creature or any object. Any damage it takes from the crash is applied to the navel ram rather than to the ship. These benefits don’t apply if another vessel crashes into the nautiloid.

Got a request for a freaky monster?

All of my patrons get requests! Yup! PLUS, you know, stuff like PDFs of my content, sneak peeks at BroadSword Monthly, and a whole lot more.