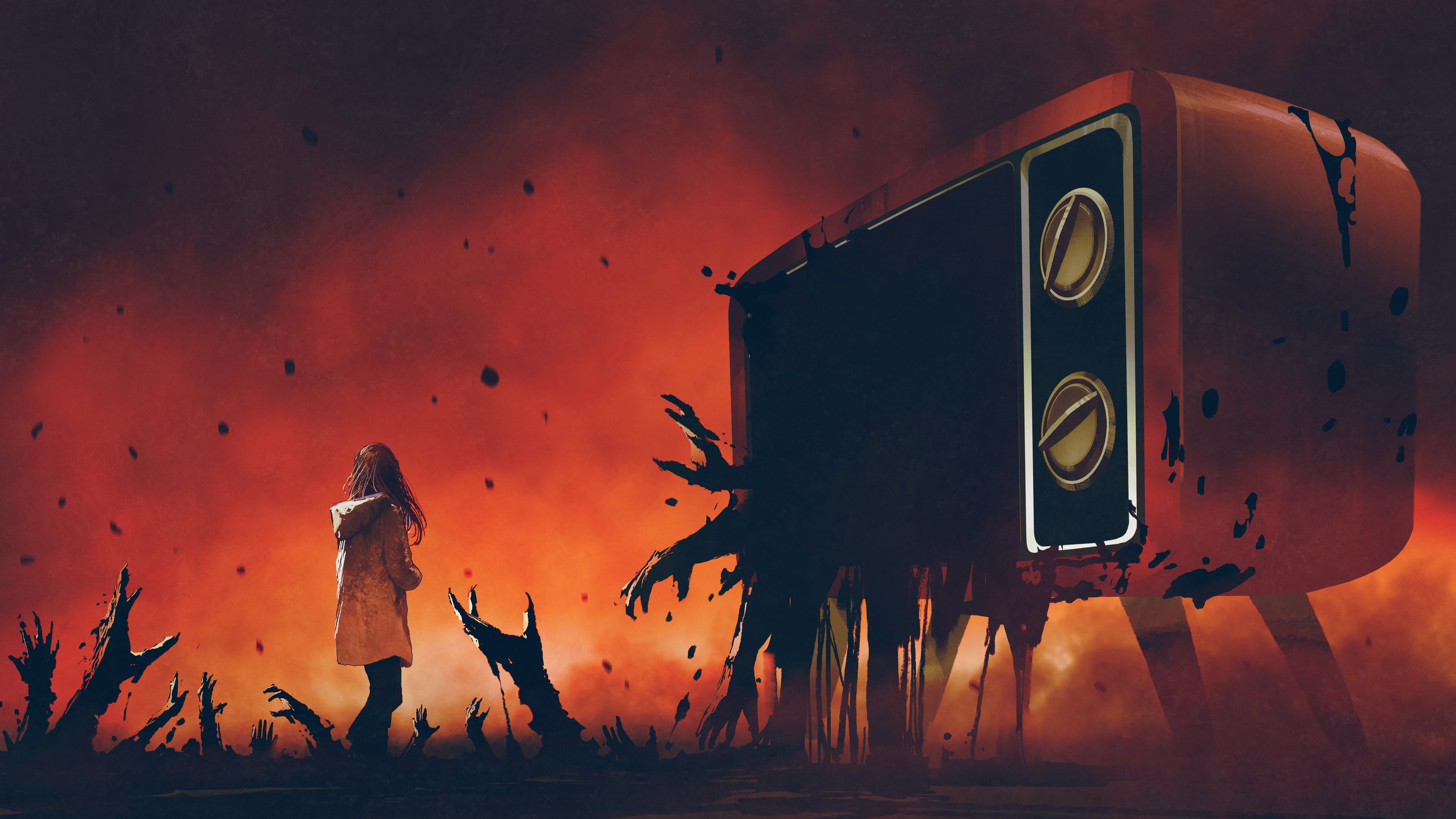 At 1st level, a warlock gains the Otherworldly Patron feature. The following options are available to a warlock in addition to those normally offered: Mindscrew and Possessor.

Only the Mindscrew Patron is presented here. If you would like access to the PDF version of the Mindscrew as well as the Possessor otherworldly patron, you must become a DMDave patron. It’s only $3 to join and you get access to 100+ Fifth Edition PDFs.

Your patron is a being that simultaneously exists and doesn’t exist. It walks between the borderlands of reality and imagination. Enchantment, illusion, confusion, and diversion are its tenets. Many of the under-initiated don’t even believe that your patron is real. Your pact with this being—if this being even exists in the first place—grants you access to the powers of hyperreality, hypnotripnosis, and pseudorealism.

Mindscrew warlocks—they call themselves patchheads, blankies, or whateverlocks—are insane. Or brilliant. Neither. And both. Sometimes their effects are felt but they are never seen until the end, revealing themselves with a cackle and a bow. Other times, they kick down the door, reverse gravity, and break your mind while staring directly into your frightened eyes.

Zerovision is Aberranterra’s most well-known Mindscrew patron. Patchheads are seen as deviant casters and are actively hunted by the Bookmen. Trouble is, whenever you kill a patchhead there’s no way of really knowing if it is dead or not.

The Mindscrew lets you choose from an expanded list of spells when you learn a warlock spell. The following spells are added to the warlock spell list for you.

At 1st level, you know the minor illusion cantrip. It does not count against the number of cantrips known.

Trick of the Light

Starting at 1st level, whenever you are targeted by an attack or a spell that requires an attack roll, you can use your reaction to create a temporary illusory duplicate of yourself. Until the start of your next turn, all creatures have disadvantage on their attack rolls made against you, including against the triggering attack. Creatures with truesight or that can see through illusions are immune to this effect. Once you use this feature you can’t use it again until you complete a short rest.

Also at 1st level, when you cast an illusion or enchantment spell that requires a target to make a Wisdom saving throw to avoid the spell’s effect, you can choose to have the creature make an Intelligence saving throw instead. In addition, when a creature makes an Intelligence (Investigation) check to discern your illusions for what they are (such as with the major illusion, minor illusion, and silent image spells) the DC is equal to your 5 + your spell save DC.

Beginning at 6th level, your illusions are so realistic that they can cause harm to creatures even if they would not normally. Choose an illusion spell with a casting time of 1 action that creates an image of an object, a creature, or some other visible phenomena that you can cast that would normally be revealed as an illusion due to physical interaction (such as major illusion, minor illusion, and silent image). As an action, you cast that spell—called your really real illusion spell—as part of using this feature. The spell goes off as normal, except, that when a creature physically interacts with the illusion it must make a Wisdom saving throw against your spell save DC. On a successful saving throw, the creature realizes that the illusion is not real and passes through it unarmed. On a failed saving throw, the creature takes 3d6 psychic damage and it has disadvantage on its next saving throw against interacting with the creature as well as any checks it would make to disprove your illusion such as an Intelligence (Investigation) check.

At 10th level, you can use your bonus action to cast any enchantment or illusion spell that you know. You can use this feature three times, and regain all expended uses after you complete a long rest.

Thought You Killed Me, Didn’t You?

Starting at 14th level, when you have less than half of your hit points or less remaining and you are targeted by an attack or spell that would deal damage, you can use your reaction to create an illusion that makes it appear as if you died. You teleport yourself from your current location to any other spot within 500 feet as the dimension door spell. To cover your escape, you create an illusory double that feints death. The double looks exactly like a deceased version of you. It’s dressed like you and is even carrying the same weapons and gear that you do. Furthermore, your double can be physically interacted with and feels and smells like a real corpse.

The objects your duplicate is carrying can be removed from it body, but vanish at the end of the duration. Duplicates of any magic items you were carrying do not possess magical properties. However, all of your items and your double radiate an aura of illusory magic.

A creature that performs a successful Wisdom (Medicine) check contested by your spell save DC realizes that your double is not truly you; a creature who is familiar with you or has seen you and your illusory corpse in the same place at the same time makes this check with advantage.

Your double is only a life-like object and cannot be returned to life through necromancy spells such as animate dead or revivify, but could be animated with a spell such as animate object. The body double remains for 1 day, then vanishes, leaving behind no trace.

Ghosts, demons, aliens—oh my! It seems like you can’t spit without hitting some sort of foul creature who hopes to take over your form via possession. Of course, some wise (insane?) creatures see this possession as an opportunity. “Sure, I’ll be your meat suit, but you gotta give me something in return.” And so begins the relationship of the Otherworldy Patron of the Possessor and its Warlock.

There is perhaps no pact closer. After all, fiends and great old ones don’t exactly drive their disciples around town like a cheap hatchback. Obviously, it’s not uncommon for there to be disagreements in courses of action between the possessor and its possessee. “Let’s burn down the village!” No, let’s not. “Let’s kill that merchant because he wouldn’t give us a good deal on that 10-foot pole!” No, let’s not. “Let’s have Chinese food tonight!” No, I want pizza. And so on.

In Aberranterra, Qua-Soko is the most active possessor patron. A demon of immeasurable power, Qua-Soko can give a bit of his essence to thousands at a time, each one carrying his cruel personality along with them. In the Qua-Soko-owned city of Colossus, Qua-Soko is literally everyone.

Get the rest of this subclass when you become a Patron.

Get the Mindscrew in PDF + the Possessor Patron

Patrons get a copy of this otherworldly patron in PDF form plus a bonus patron, the Possessor. It’s only $3 to become a patron of the copper level where you’ll get access to 100+ PDFs plus new content daily.