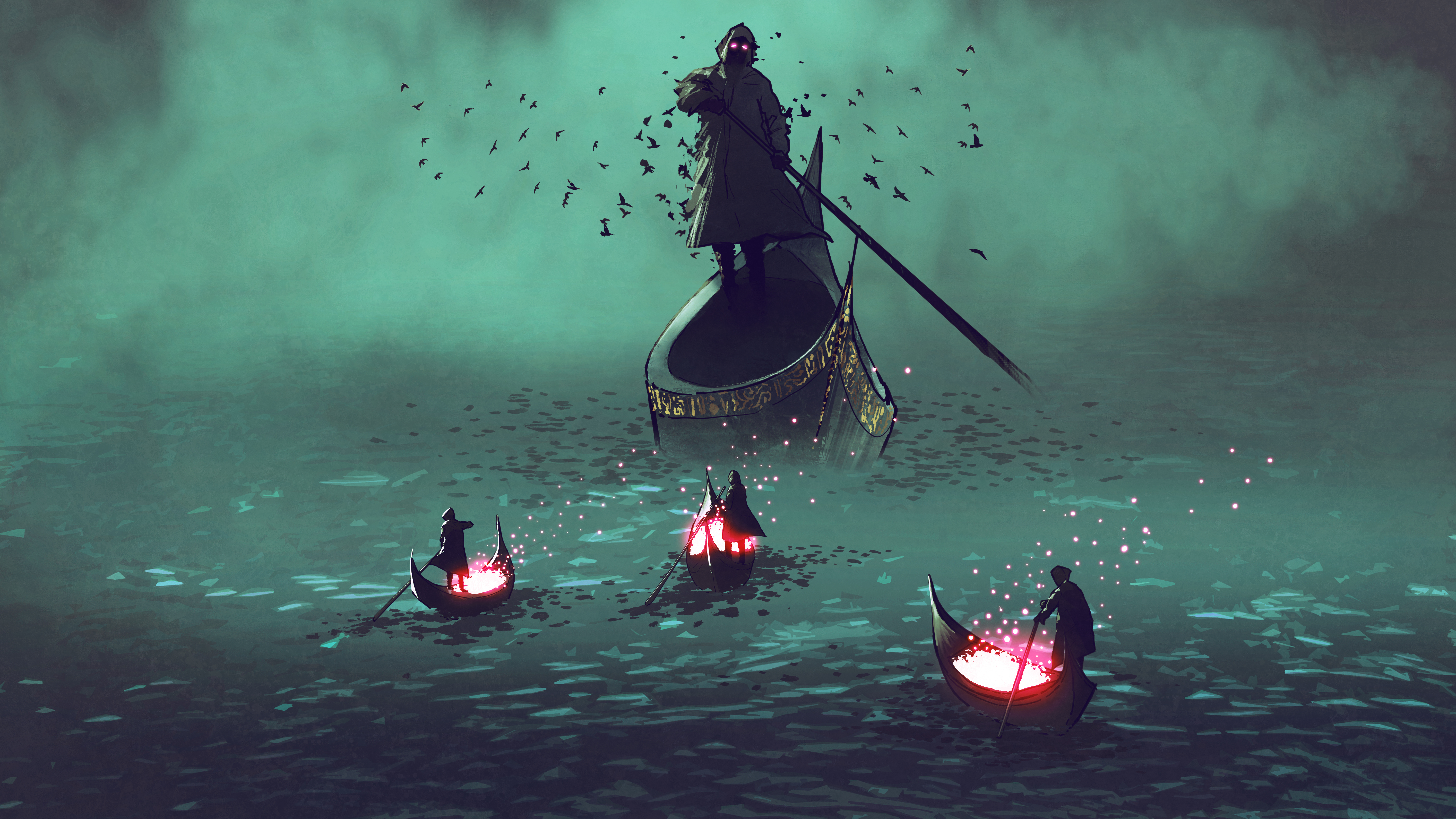 Ourobras are giant celestial creatures formed from both darkness and light. They serve the Goddess in Light as the leaders of the Collectors in the Endless Ocean of Shadow within the Other. Ourobras ensure that the traveler orbs are safely delivered to Eqqaros.

Former Behemoths. The ourobras are created from the remains of shadow behemoths destroyed by radiant energy and light. As such, they are the mortal enemies of those

creatures, specifically designed to combat the horrors of the endless shadow that drenches the Other.

The Ourobra’s Sacrifice. Should the life of a living creature come under mortal threat, the ourobra will not hesitate to risk its existence to save the endangered creature. And as creatures who owe this existence to the Goddess in Light, this sacrifice is the ourobra’s final repayment.

Immortal Nature. The Ourobra does not require food, drink, or sleep.

Innate Spellcasting. The ourobra’s innate spellcasting ability is Charisma (spell save DC 16). It can innately cast the following spells, requiring no material components.

Magic Resistance. The ourobra has advantage on saving throws against spells and other magical effects.