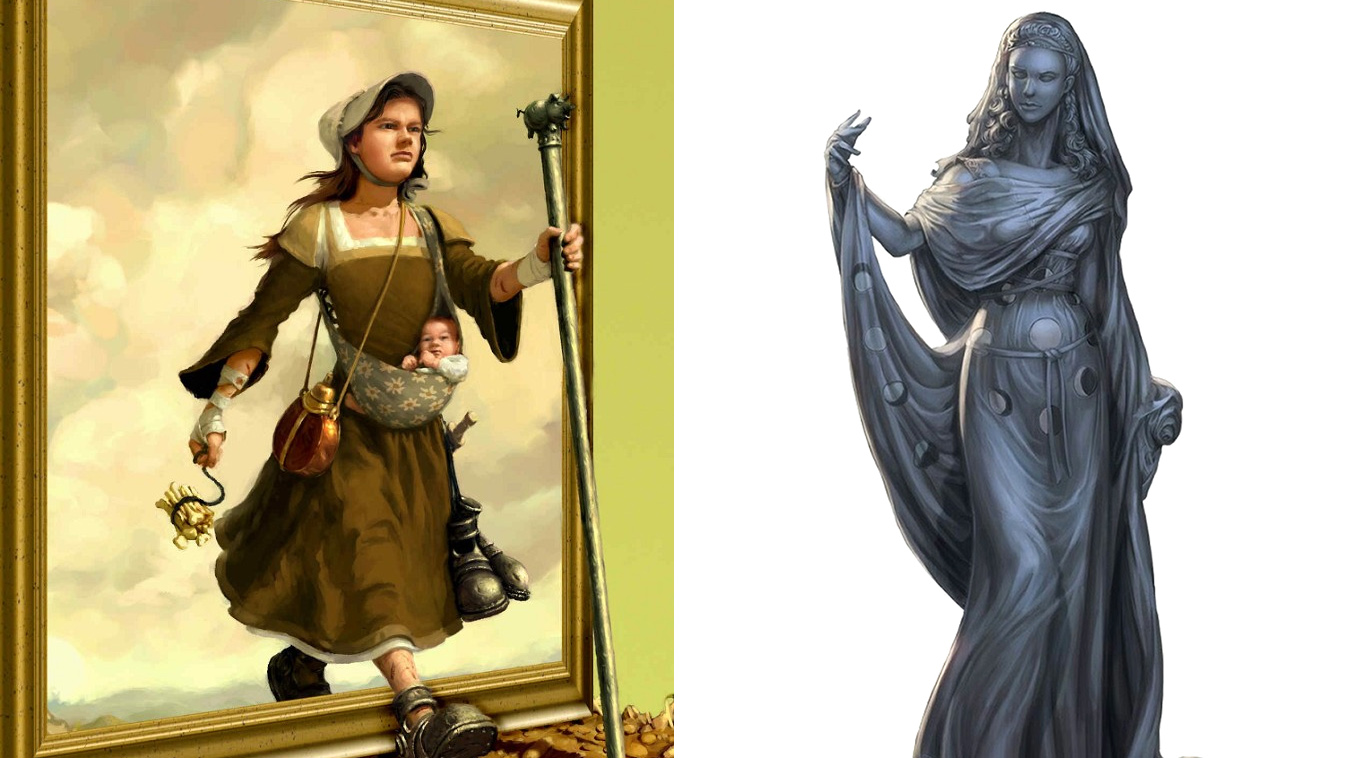 Powerful bards of the College of Visual Arts are such accomplished artists that they can create paintings that leap from the canvas; literally! They can even make statues that seem life-like (because they are).

A high-level bard of the College of Visual Arts that spends 10 minutes painting or sculpting a living creature’s likeness is able to capture its essence. Once the bard is complete (signing or carving his or her name somewhere on the work), the art creation take on a life of its own. From there, these facsimiles follows the commands of its creator without question.

Amorphous. The facsimile can move through a space as narrow as 1 inch wide without squeezing.

False Appearance. While the painted facsimile remains motionless against a floor, wall, or another broad, flat surface, it is indistinguishable from an ordinary painting.

Water Susceptibility. For every 5 feet the painted facsimile moves in water, or for every gallon of water splashed on it, it takes 4 (1d8) necrotic damage. The painting’s hit point maximum is reduced by an amount equal to the necrotic damage taken.

Paint Flick. The facsimile targets one creature it can see within 15 feet of it. The creature must make a DC 12 Constitution saving throw or become blinded until the end of its next turn.

False Appearance. While the sculpted facsimile remains motionless it is indistinguishable from an ordinary statue.

Slam. Melee Weapon Attack: +5 to hit, reach 5 ft., one creature. Hit: 10 (2d6 + 3) bludgeoning damage. Instead of dealing damage, the facsimile can grapple the target (Escape DC 13). A target grappled by the facsimile is restrained.

I’m creating these monsters as part of a contest winner’s prize on Instagram. They will be part of a brand new Bard subclass appearing soon, the College of Visual Arts.