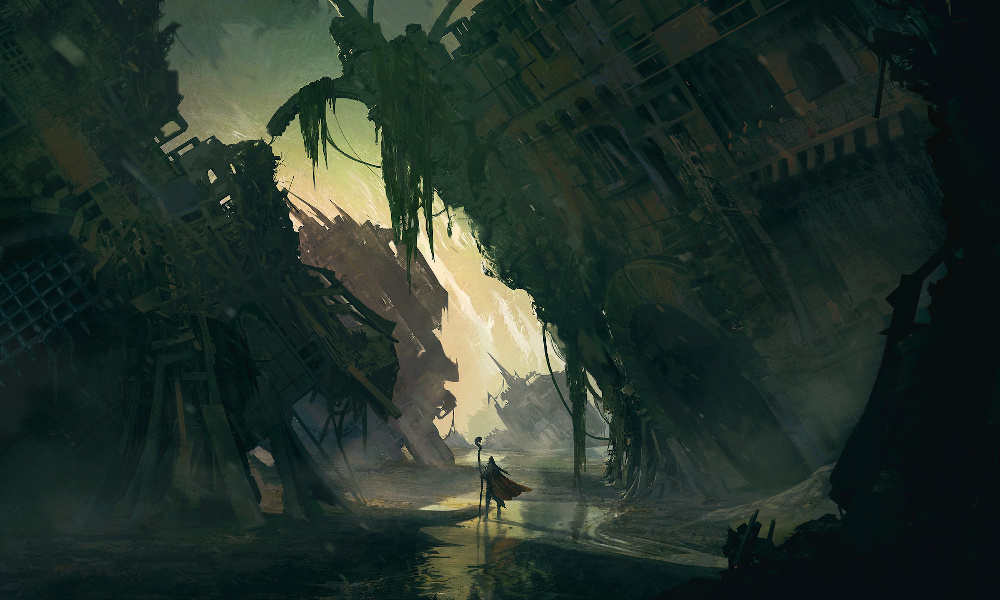 This article details Pazunia, the so-called “top layer” of the Abyss. Others know it as the Plain of Infinite Portals or Palace of 1,001 Closets. This is the first part of a series.

Much of the content here comes from the 3rd edition dungeons and dragons book Fiendish Codex 1: The Hordes of the Abyss by Ed Stark, James Jacobs, and Erik Mona.

Pazunia is a realm of windswept barrens and jagged tors flickering with swarms of winged demons. An oppressive red sun, heavy with infinite age, bathes the layer in sweltering heat and harsh light. Angry shadows curtain the plains in places, concealing hidden menace. And everywhere are massive pits that plunge into deeper layers of terror.

The pits are portals to deeper layers of the Abyss. Those who descend into them soon find themselves in the associated layer. Most of these pits are two-way portals, but some are one-way, leaving no means of return. Leaping into a pit without knowing where it leads is as good a way as any to commit suicide on Pazunia. Often, the pits lead to inhospitable layers filled with deadly environmental dangers. Some of the most remote layers of the Abyss do not attack Pazunia at all and are accessible only from stable gates on lower layers.

On the edges of the great pits crouch massive iron fortresses, relics of the obyriths. Mighty tanar’ric lords inhabit the fortress. These demons have not yet mustered the power to bend an entire layer to their wills. These warlike, scheming lords use special chambers within the fortresses to project themselves through the Astral Plane and onto Material worlds. Once there, they attempt to sway events and attract followers and cultists. When so engaged, their physical forms become helpless, protected only by the iron fortresses, their servitor hordes, and pact-gained allies.

The armies of the Abyss continually clash with each other as the lesser demon lords jockey for position. They clash too with invading armies of devils from Baator, for the layer is one of the primary fronts of the Blood War. The methodical baatezu know, as the obyriths before them knew, that to control Pazunia is to control the whole of the Abyss.

Not all visitors to Pazunia come to fight. Because it is a gateway to most of the planes, the layer draws merchants,
explorers, and occultists from around the Great Wheel. Pazunia attracts the most diverse pilgrims of anywhere in the Lower Planes.

The layer is self-contained. However, it is so large that huge sections of it remain essentially unexplored.

If one walks far enough toward the horizon, one eventually finds oneself in the bordering plane of Pandemonium
or Hades. Those who travel in other directions reach the “edge” of the layer and teleport to its opposite edge, often without knowing that they have moved. Due to its lack of discernible borders, maps of Pazunia seldom attempt to encompass the whole layer. Instead, maps focus upon a smaller section bounded by the iron fortresses of locally influential demon lords.