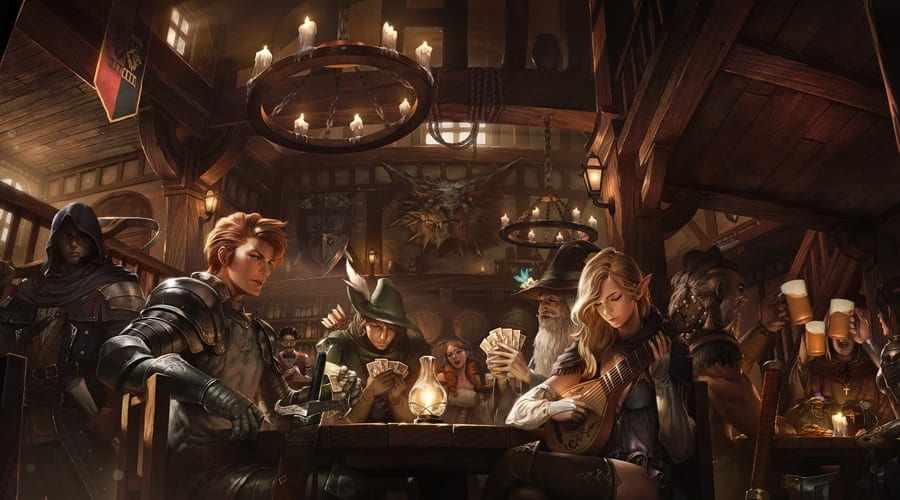 This article introduces the concept of skill challenges and how to use them in Fifth Edition.

What are skill challenges?

While perusing the Kobold Press adventure Courts of the Shadow Fey, I came across a unique set of rules I’d never considered: skill challenges. According to the sidebar, “A skill challenge simulates an attempt to perform a task that takes a longer time and a greater effort than a single ability check. In its most basic form, the characters make a series of ability checks with the goal of earning a required number of successes before accumulating a maximum number of failed checks (similar to how death saving throws work).”

Why use skill challenges in Fifth Edition?

I DM a 20th-level campaign. At tier 4 (and arguably tier 3, too), the scale of the game is much broader. It doesn’t make sense to force 20th-level characters who can cast gate and own legendary weapons to explore dungeons room by room or hex crawl the wilderness. Their challenges are global. And their reach is nigh-infinite.

A dungeon with five rooms is hardly a challenge for 20th-level heroes. A wilderness filled with random encounters is only an obstacle to more exciting play. Playing these sequences scene by scene will quickly bore both you and your players.

Think of your adventure as a superhero movie. The only scenes that matter are the ones where the characters are faced with challenges worth facing. We don’t see the characters travel to the location. Usually, we don’t even see them fight every single fight. Instead, the movies are edited in such a way that we only see the parts of the story that matter.

If you treat your adventure the same way, then you will need to handle these “in-between” scenes one of two ways. First, you can simply handwave them. The characters hear that a big bad guy and his minions are causing trouble in the village. You tell the players that the characters fight their way through the minions (off-camera) and are now face to face with the bad guy.

Second, you can use a montage. The characters hear that a big bad guy and his minions are causing trouble in the village. In order to reach the boss and stop his scheme, you tell the players that they must fight their way through the minions. Instead of dropping them into round-by-round combat, you tell them to make a skill challenge. Now, instead of taking an hour to run a combat the characters will easily win, it takes 10 minutes and 5-6 die rolls—with some exciting descriptions, mind you!—to reach the same conclusion.

How do I create a skill challenge in Fifth Edition?

Remember, skill challenges are for low-stakes challenges. While success is important, it’s not essential. The only thing that should drastically alter the course of an adventure should be the characters’ decisions. If die rolls—especially those done during a skill challenge—steal the story from the heroes, the characters might resent your adventure.

Be sure to give plenty of attention to the setting and the monsters and nonplayer characters present. These things influence the complexity and level of the skill challenge.

Level and complexity determine how hard the challenge is for the characters to overcome.

Second, the grade of complexity determines the number of challenges and failures the characters need to end the challenge. The more complex the skill challenge, the more skill checks are required, and the greater number of successes needed to overcome it. For example, doing something simple, like convincing the local lord to fund the party’s adventure to the nearby wizard tower, might only take 4 successes. However, campaigning for mayor in a large city might take a total of twelve successes.

There are six ability scores in the game. And within these six ability scores, there are eighteen skills. Going further, there are also a wide variety of tool proficiencies, too, all of which require ability checks to use. When crafting your skill challenge, determine which of these checks naturally contribute to the solution of the challenge.

In general, it’s a good idea to include a mix of interaction skills (Deception, Persuasion, and Intimidation), knowledge-based skills (Arcana, Nature, Religion), and physical skills (Athletics, Acrobatics)in the challenge. These general sorts of skills play to the strengths of most characters.

Identify which skills are the challenge’s primary skills. A primary skill is one that clearly lends itself to the challenge. For example, breaking into a bank probably requires at least one successful Dexterity (Stealth) check. You can choose as many primary skills as you like. However, three to five should suffice for most skill challenges.

Can you repeat ability checks?

Step 4. Decide on Other Conditions

Skill challenges rarely involve just a series of skill checks. In fact, most skill checks require time and money, and potentially the expenditure of the characters’ resources. The cultists they’re interviewing might demand a bribe. It might take the characters a full week to research all the arcane tomes at the library.

You’re free to set the cost and time requirements as you see fit. And you might even give the characters advantage or bonuses to their rolls if they take longer and spend more money to accomplish a given task.

If you award the characters experience point for overcoming monsters, traps, and hazards, consider awarding them experience for succeeding on skill challenges, too. Give the party an amount of experience equal to what a monster whose CR is equal to the parties would give. For example, four 20th-level characters would earn 25,000 experience (or 6,250 XP each) for successfully completing a skill challenge.

Will you use skill challenges in your games?

As I continue to blog, I’ll be sure to tie in more and more skill challenges. After all, I’ve got a 20th-level campaign to run. So I’m definitely going to need a whole bunch of skill challenges! Ω