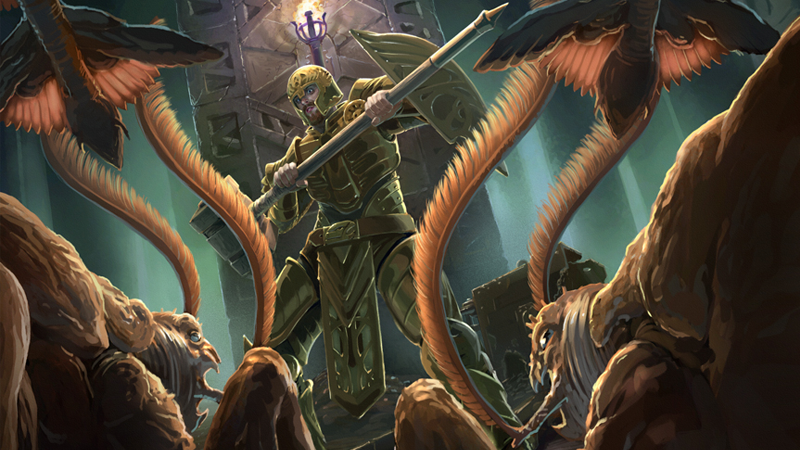 How To Implement Phobias and Fascinations
Simple! These conditions are meant to plug and play right into your campaign at character creation or during a campaign. When the situation calls for it, or even if it doesn’t and you’re just feeling salty, they’re ready for use.

There are times during a session when a character experiences something truly frightening, insanely weird, or otherwise troubling. Maybe they were trapped in a dark room filled with snakes for an hour, or they witnessed a terrible murder. Such things can leave lasting effects on a character.

How to Use Phobias
Phobias are best given to a player after they’ve survived or witnessed a terrible/crazy/weird thing. As such, the phobia is typically related to the terrible/crazy/weird thing they just endured, but not always. Sometimes a Warlock might just get hit with a blast of crazy from a Great Old One, or an unknown artifact slaps everyone in the party with a phobia they won’t find out about until later. In those cases, feel free to roll for a random phobia on the table below.

Pick a Phobia from the table below or roll a D20 for a random one; or create your own!

True Fascinations are beyond a simple crush on a handsome lad or the love of a particular cuisine. They are obsessions with something wherein a character is often absorbed with thoughts of the thing, the inability to control themselves around the thing, or even the willingness to act out of character to have the thing.

How to Use Fascinations
Some characters may begin their adventuring career with a fascination or develop one over time. They might be due to a particular event like meeting someone your attracted to, a witch’s curse, a love potion, extreme stress or anxiety, or even as a spell’s side effect.

Pick a Fascination from the table below or roll a D20 for a random one; or create your own!

A good D&D campaign usually makes way for character growth in levels and in other ways. It is possible for a player to have their character overcome their Phobia or Fascination (with the help and permission of the DM of course). Overcoming a Phobia likely means facing it and choosing to no longer irrationally fear it, even if you’re still afraid of it in a very rational way. Overcoming a Fascination usually means being content without that thing or perhaps seeing an ugly side to it. Of course, magic and brain-wiping can also rid you of a Phobia or Fascination. Be warned, just because a character dies doesn’t meant hey won’t still have their Phobia or Fascination as a ghost! See? It’s all encompassing.