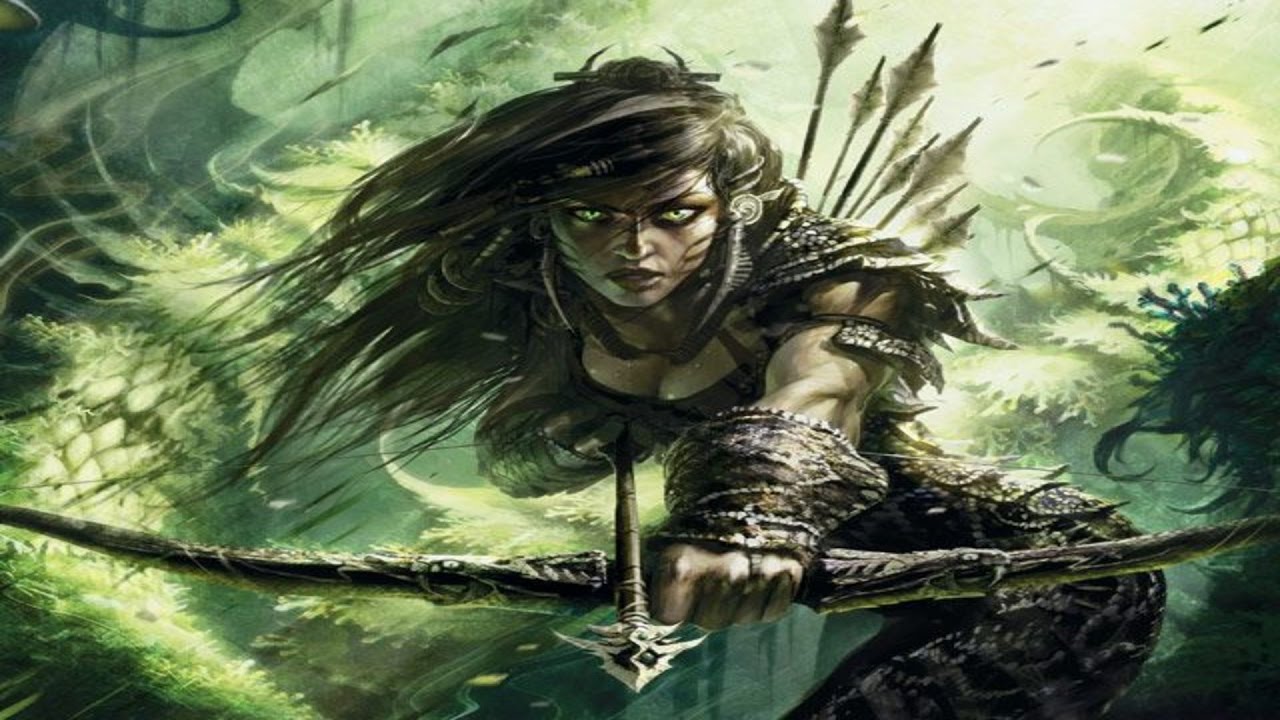 Shanzed is a large snake-like creature, whose full body length extends dozens of feet. Her scales are green and brown, allowing her to blend with the forest and swamps around her. She is sentient, can speak, and can shapeshift into the form of a humanoid, resembling that of a Xiphonan.

Shapechanger. Shanzed can use her action to polymorph into a xiphonan or into her true form, which is a giant constrictor snake. Her statistics are the same in each form. Any equipment she is wearing or carrying isn’t transformed. She reverts to her true form if she dies.

Legendary Resistance (3/day). If Shanzed fails a saving throw, she can choose to succeed instead.

Path of Urasil. Shanzed has advantage on Dexterity (Stealth) checks made to hide in forest and swamp terrain. In addition, moving through nonmagical difficult terrain costs Shanzed no extra movement. She can also pass through nonmagical plants without being slowed by them and without taking damage from them if they have thorns, spines, or a similar hazard. Furthermore, Shanzed has advantage on saving throws against plants that are magically created to impede movement, such as those created by the entangle spell.

Constrict. Melee Weapon Attack: +10 to hit, reach 5 ft., one creature. Hit: 13 (2d8 + 4) bludgeoning damage, and the target is grappled (escape DC 22). Until this grapple ends, the creature is restrained, and Shanzed can’t constrict another target.

Volley of Spears (1/day, Xiphonan Form Only). Shanzed fires one of her massive arrows at a point she can see within 300 feet of her. Hundreds of duplicates of the ammunition fall in a volley from above and then disappear. Each creature in a 40-foot-radius, 20-foot high cylinder centered on that point must make a DC 19 saving throw, taking 72 (16d8) damage on a failed saving throw, or half as much damage on a successful one.

Move. Shanzed moves up to her full speed without provoking attacks of opportunity.

Whirlwind (3 Actions). Shanzed makes a melee attack against any number of creatures within 5 feet of her, with a separate attack roll for each target. In addition, each creature within 10 feet of her must succeed on a DC 19 Constitution saving throw or become blinded until the start of Shanzed’s next turn.

Shanzed is a versatile combatant, a capable fighter at both short and long range. She will start her attacks from a distance, using her Volley of Spears daily action first to level the playing field. Then, as targets approach, she’ll stop the toughest opponents from reaching her with her massive arrows, while also remaining cognizant of any spellcasters that could stop her. Naturally, Shanzed uses her surroundings and natural camouflage to her advantage, moving through the forest when necessary.

At close range, Shanzed will tie up the toughest targets, using her constrict to wrap up those that could do her and her allies any real harm. She will also rely heavily on her Whirlwind Legendary Action to stun large groups of opponents so she can quickly move out of melee range and switch back to her bow.

Shanzed’s armor and equipment are fitted to remain on her when she shifts between forms. She is vigilant, therefore, it’s rare that she will flee to save herself. However, if she is protecting another creature she will shift in order to move at her top speed, applying her mass cure wounds when necessary.

Get your 5e requests made on Patreon!

See Shanzed in action in the latest recap of the game.

Or become a Patron today–it’s only $3 to join!