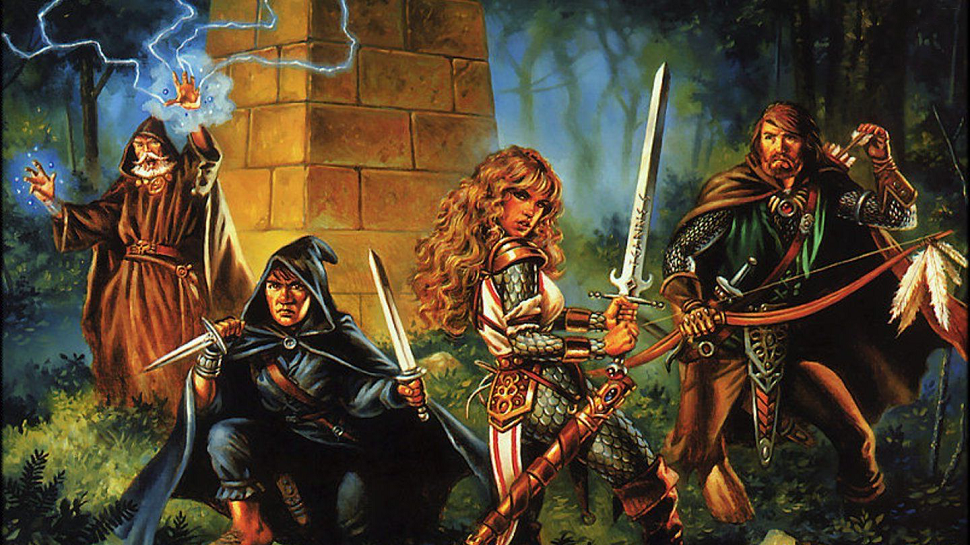 There’s a lot of great stuff that came with the arrival of Fifth Edition. And there are also a few things that got the shaft. One of the biggest being skills. I believe part of the reason why Wizards of the Coast diminished the importance of skills in Fifth Edition was to put emphasis on the three pillars: roleplaying, combat, and exploration. With those three, there’s hardly room for cooking, smithing, and playing the flute.

What skills are in Fifth Edition?

If you asked the average Fifth Edition player how many skills he or she thought there were, they’d probably answer 18 or so. And they’d be mostly right. Of course, it’s ignoring the “skills” that come with tools. Tools, like skills, have proficiencies, which means that they are more or less “skills” too, in a way. We could probably even go a step further and consider all arms and armor skills, too. After all, you’re either proficient or you’re not in those.

Here is the list of everything a character can become proficient with in Fifth Edition:

That’s quite the list! Now, of course, some may argue that arms and armor and tools aren’t really skills. But in previous editions (and plenty of video games) they were.

What skill feats currently exist in Fifth Edition? Unfortunately, not a lot. Below, I’ve included the limited list of “skill feats” found in the Player’s Handbook. These are feats that specifically augment skills or tools.

Xanathar’s Guide to Everything has two additional feats restricted by race.

As you can see, it’s not a huge selection.

Note: I may have a missed a few others from various official expansions. Please feel free to let me know what I missed down in the comments below.

In 2017, Wizards of the Coast released an Unearthed Arcana playtest supplement that included rules for expanding spells. Personally, I found the rules to be a little overpowered, and since the content was never released in an official capacity, I estimate that Wizards of the Coast discovered the same thing.

Regardless, here are those articles for your reference:

The main issue with skill feats is that feats take up a lot of valuable real estate in Fifth Edition. In Third Edition, characters got feats at regular intervals in addition to Ability Score Improvements and Skill Ranks.

Now, in Fifth, if a DM decides to use the optional feats rule, a character can forgo taking their Ability Score Improvement and instead take a Feat.

Instead of having the benefits of all three at certain levels, players have to make tough choices. Is proficiency in three new skills better than a +2 increase in Dexterity? Should a character take improvements to passive observation skills, or get three luck points?

The majority of the character classes in Fifth edition offer only five such choices. Rogues get one additional, and fighters get two more. If the DM allows for the variant human, that’s another one.

One fix to this is allowing for the Variant Races that I created here on the blog. Instead of taking a set racial “package”, a player can take the variant, choose a racial feat, then pick another feat.

One of my favorite things to do in Fifth Edition is to use what exists and reverse engineer the mechanics involved in the construction. There are two feats that lend insight to how skills are officially “valued” in Fifth Edition. Skilled is the first and Prodigy is second (ignoring Xanathar’s “book creep”, of course).

Therefore, we can estimate that three skill or three tool proficiencies equal one skill and one tool proficiency in addition to one skill expertise. Since the feat has the prerequisite of being human or half-human, to make the math easier I’ll just eliminate the language that comes with Prodigy.

What this allows is the ability for a character to choose expertise in a skill or tool over one of their normal skill choices. For example, a fighter is allowed to choose two from Animal Handling, Athletics, Intimidation, Nature, Perception, and Survival. Using this optional rule, the fighter could select Athletics then take expertise in the skill.

For backgrounds, I wouldn’t allow this optional rule since the character probably needs both those skills in order to have the background in the first place, not to mention there is not a choice given there.

Taking things a step further, we can create Mastery feats. But what does Mastery in a skill mean?

At 11th level, rogues gain the reliable talent feature. Whenever a rogue makes an ability check that lets it add its proficiency bonus, the rogue can treat a d20 roll of 9 or lower as a 10. This is a pretty powerful little feature. But what is it worth in terms of feats? Hard to say–not only is it a feature, but it’s an 11th level feature which tends to be a bit more powerful than normal features.

Choose one skill that you are proficient in. You gain the following benefits:

Next, I wanted to create new feats centered around skill specializations themselves. A specialization is like a subsect of a skill. The Actor feat is a good example of this. And, like it or not, so are the tool and skill feats from Unearthed Arcana. In addition to those feats, the gnomes’ racial trait Artificer’s Lore works well as does the dwarves’ Stone Cunning (granted, these are just targeted expertise traits).

Using the model from Unearthed Arcana’s skills and tool feats, I think a “build your own specialization” could work. Here is how I see such a feat functioning:

Examples of specializations include:

Here are a few examples:

You are an expert climber. You gain the following benefits:

You have focused your arcane studies in the field of transmutation. You gain the following benefits:

As I explore this topic, I’ll add a bit more. An array of specialization feats would be nice in a large reference book, but hopefully, the information offered here is enough to get you started.