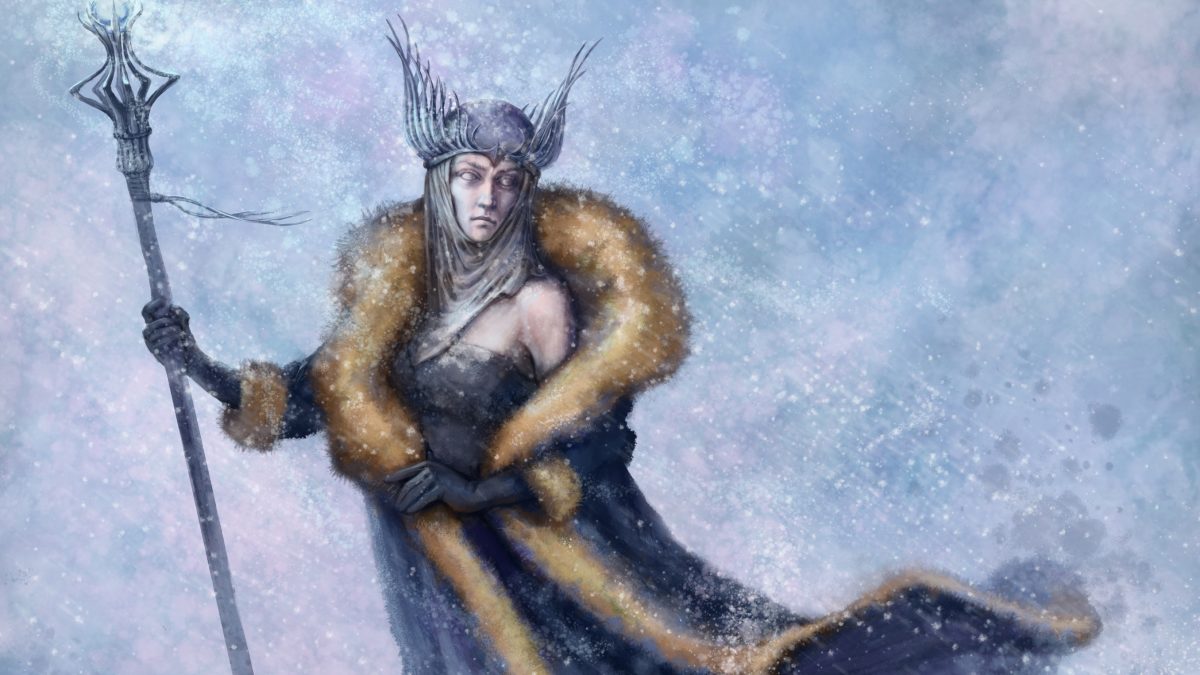 At 1st level, a warlock gains the Otherworldly Patron feature. The following Snow Queen option is available to a warlock in addition to those normally offered.

You derive your arcane powers from the Snow Queen, queen of the snowflakes or “snow bees”, who travels throughout the world with the snow. The Snow Queens and gardens are in the lands permafrost.  She is a mysterious figure. Some believe she is evil. Others see her as benevolent.

Those who take power from her control the might of frost and cold. Her followers are emissaries for the cold, and act as her ambassadors in the warmer lands. Naturally cold creatures such as frost giants and white dragons revere and respect the Snow Queen’s warlocks, mostly out of fear of her wrath.

The Snow Queen grants you an expanded list of spells when you learn a warlock spell. The following spells are added to the warlock spell list for you.

At 1st level, you learn the ray of frost cantrip. It counts as a warlock cantrip for you, but it doesn’t count against your number of cantrips known.

Starting at 1st level, when you cast the mage armor spell and target yourself, the armor appears as a thin sheen of ice that surrounds your body. In addition to the armor provided by the spell, you gain the following benefits for the duration:

At 6th level, in addition to the other benefits you gain from your Snow Queen’s Blessings feature, you also gain the following benefits: