Stat Anything: The Hounds of Tindalos for Fifth Edition Dungeons & Dragons 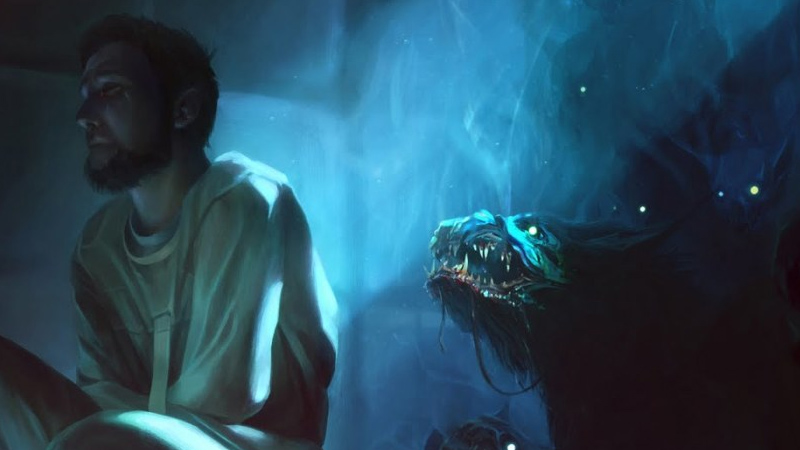 DM Dave2 Comments on Stat Anything: The Hounds of Tindalos for Fifth Edition Dungeons & DragonsPosted in Monsters

Ah, the hounds of tindalos.

Easily one of my all-time favorite Cthulhu Mythos monsters, I finally decided to get off my kiester and create stats for these awesome beasts. I plan on using the hounds of tindalos this Saturday in my normal Dungeons & Dragons Fifth Edition campaign when my PCs run through Dyson Logos’ Bronze Vault.

What are the hounds of tindalos?

Bluish pus coats the long, lean Hounds of Tindalos–it is possible that the oozing mucus is actually the skin of each hound. The flowing, dripping integument gives each hound a half-formed (or half-melted) appearance. Beneath the goo, the Hound resembles the indistinct form of a very large greyhound.

The Hounds of Tindalos originate in the distant past of the Earth, prior to the explosion of multicellular forms. It may be that the Hounds are cast-off portions of some deity that gained sentience of their own. They inhabit the angles of time, while other beings (including humankind and all common life) descend from curves. This concept is hard to imagine and only seems to be used with respect to the hounds. The Tindalos lust after something in humankind and other normal life, and follow victims through time and space to get it. At home in any time, the Hounds are immortal.

Ichor. The hound is coated in a bluish pus. A creature that touches the hound takes 5 (2d4) acid damage.

Regeneration. The hound of tindalos regains 5 hit points at the start of its turn if it has at least 1 hit point.

Rejuvenation. If the hound of tindalos is destroyed, it regains all its hit points in 1 hour.

Temporal Tracker. The hound selects a quarry that has traveled through time or space using dark magic. The hound knows the direction, distance, and relative position in time to its quarry across all planes of existence and will not stop until its quarry is dead. The hound will cease its pursuit if a remove curse spell or similar magic is cast on the target.

Tongue. Melee Weapon Attack: +4 to hit, reach 5 ft., one creature. Hit: the target’s Constitution score is permanently reduced by 1. The target dies if this reduces its Constitution to 0. The reduction lasts until a greater restoration spell or similar magic is cast upon the creature.

Temporal Teleportation. The hound magically teleports, along with any equipment it is wearing or carrying, to space within 30 feet of its quarry. Both the space it is leaving and its destination must be a corner that is at an angle 120 degrees or less. The hound has no other limitations to the distance, planes or time it can travel in this manner.

They are lean! And athirst! The hounds of tindalos make their comeback (better check your corners) into Dungeons & Dragons Fifth Edition.

If you like this and think it’s cool, be sure to share it by clicking one of the buttons below.

2 thoughts on “Stat Anything: The Hounds of Tindalos for Fifth Edition Dungeons & Dragons”