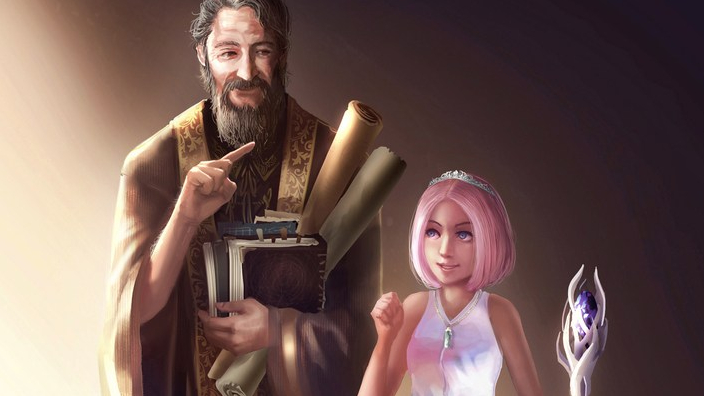 One big thing I see a lot of people talk about on Reddit, Instagram, and everywhere else RPGers lurk is how they want better stories on how characters meet. There’s also this idea of “0-level characters”, basically a Fifth Edition character before it gets all of its cool powers.

As part of BroadSword magazine’s adventure series, I wanted to create a “0-level character”… sort of a “pre-adventurer” if you will. The idea I had is that a character has 4 pre-levels before they reach 1st level. Each of those pre-levels works like Monster Challenge Ratings: CR 0, CR 1/8, CR 1/4, and CR 1/2. Then, presto, you’re level 1.

As a character gains levels, they work their way up to the proficiency bonuses, get their skills, etc.–everything that takes them from being a lowly commoner to the brave warrior/rogue/cleric/wizard they are destined to become.

There would need to be experience for it, too, almost a bit like “negative experience”, or at the very least experience that is erased once you reach “level 1.”

The math to figure out how much experience is needed is pretty simple.

At 1st level, characters need to get 300 experience. That’s roughly 6 combats with monsters of Challenge Rating 1. The math more or less follows

A monster with challenge rating 0 gives 10 experience or 2.5 experience per character in a party of four. Therefore, a character probably needs 15 experience to go from level 0 to level 1/8.

Incorporating this dynamic into the other levels, we can see that characters need about 35-40 experience to reach level 1/4, 75 to reach 1/2, and 150 to hit level 1. At that point, they become a full-blown adventurer.

Optional. To make the accounting easier, you may consider using milestone leveling in place of experience.

Proficiency bonuses would stay the same, just like the do for monsters. So characters would start with +2 and wouldn’t see a rise in proficiency until they hit 5th level.

Depending on the classpath a character takes, they’ll earn features as they go. For example, a fighter character probably earns its Fighting Style early on, but then picks up Second Wind when it hits 1st level.

A character’s hit points stay flat through its “0-levels”. It won’t gain another hit die until it hits level 2.

Spellcasters learn spells as they rise through their zero-levels which culminates with a 1st-level spell at level 1.

Similar to spells, characters with a lot of proficiencies learn those proficiencies as they climb through the levels. A martial character might learn simple weapons at first level, then pick up martial later. A rogue will learn many of its skills early on and pick up a fifth skill when it hits 1st level.

Putting it all together…

Now that I’ve got the basics mapped out, it’s just a matter of putting it all together in a cohesive set of rules.

Since Wizards are the focus of Evadimus’ School for Gifted Spellcasters, that’s where I’ll start. The “pre-Wizard” will be called an Apprentice.

As an apprentice, you gain the following class features.

Hit Points at Higher Levels: an apprentice does not gain additional hit points until it becomes a wizard and achieves 2nd level in that class

The apprentice’s spellcasting feature is the same as the one described in the PHB, with the following changes:

At level-1/4, you gain proficiency with darts, slings, and light crossbows.

At level-1/2, you become proficient in one of the following skills of your choice: Arcana, History, Insight, Investigation, Medicine, or Religion.

At level 1, you become a wizard. As a wizard, you gain the following benefits:

In addition to the actual rules for creating the characters themselves, GMs will need rules to help balance their encounters. Here is the supplemental Encounter Difficulty XP per Character table.

Additionally, here is a supplement for the Adventuring Day XP.