10 D&D Monsters That Everyone Loves | NSFW! 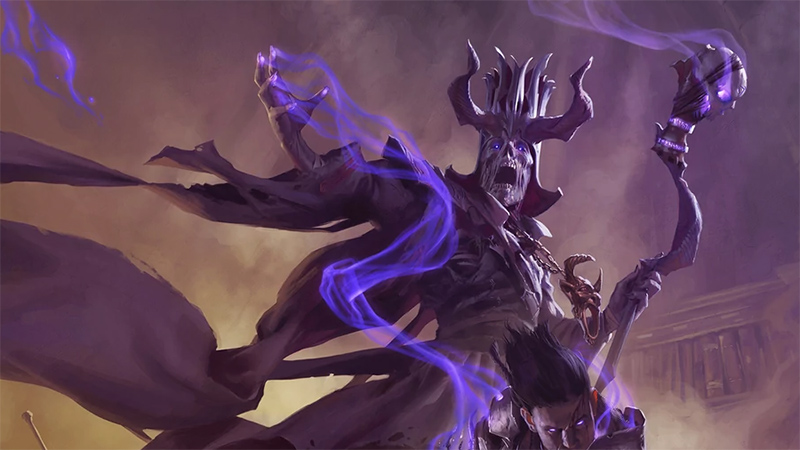 DM Dave3 Comments on 10 D&D Monsters That Everyone Loves | NSFW!Posted in Articles

A couple of days ago, I threw out the question on Instagram “What’s your favorite D&D monster?” And I got back over 100 responses in just 24-hours. And boy oh boy were there some great suggestions!

I decided to take all the answers and throw it into a spreadsheet to see what everyone’s favorites were. And these are the results (in reverse order for suspense).

Brain sucking, Cthulhu-faced, psychomancers, mind flayers (or “illithids” as they like to put down on job applications) are true horrors of the Underdark and, sometimes, outer space. Their hobbies include enslaving creatures, experimenting on creatures, and sticking worms in creatures’ eyeballs. Lovely things, really.

It wouldn’t be a D&D monster list without dragons on it. In fact, the very first Dungeons & Dragons product I ever purchased was the 1991 boxed set, The NEW Easy to Master Dungeons & Dragons which came with the iconic red dragon on the front cover. And as a Dungeon Master, whenever you break out a dragon, it’s going to feel pretty epic. Plus, the new Monster Manual comes with no less than 40 dragons to play with!

Gnolls are such a love-hate creature in Dungeons & Dragons. You either think they’re totally goofy or you think they’re a lot of fun. In Fifth Edition, gnolls have been turned into terrifying plague-creatures that reproduce by feeding dead things to their pet hyenas who engorge, expand, and explode giving “birth” to a new gnoll. Gross. Personally, I love them and use them a lot.

Ah, the classic! What is it about werewolves that people are attracted to? Maybe it’s the idea that even a good person can become a raving lunatic (get it?) at any moment? Or perhaps we all just dream of being a dog. Either way, werewolves are a ton of fun if you use them right.

It’s a bear! It’s an owl! It’s a dime-store toy that Gary Gygax bought and turned into a D&D monster! Owlbears are such a fun, silly addition to the D&D mythology. While they don’t do much more than roar and kill stuff, they have a certain je ne sais quoi about them that’s so specifically D&D. Plus, whenever someone makes fun of one of my own monster naming conventions, I always point out that GG himself created “owlbears.”

Keith Ammann calls them “dungeon roombas.” And now that image has stuck with me forever. The fuck-you monster to end all fuck-you monsters, Cubes were designed to specifically screw with players. Transparent, 10 x 10 monsters that deal acid damage each round if you get stuck in one? Yeah, that’s some D&D shit right there.

Perhaps the most iconic of Dungeons & Dragons’ original creations, the beholder is the stuff made of nightmares. Picture this: a giant meatball surrounded by eyestalks that can shoot 10 different types of lasers at you! Oh, and their center eye shuts off your magic powers. And how do they procreate? They have bad dreams and pop! a new one appears. Yeah, they’re fucking weird, but everyone loves a good beholder encounter.

Another one of my personal favorites, liches are perhaps nearly as iconic as dragons in D&D. In fact, the lich king himself, Acererak graces the front cover of the Fifth Edition Dungeon Masters Guide. These withered, undead, hateful spellcasters have only one role in Dungeons & Dragons: BBEG status. They’re the ones pulling the strings and making bad shit happen everywhere. My favorite part of liches? It’s every lich’s dream to become just a floating skull with gems in its eyeballs. #squadgoals, y’all.

Finally, we have kobolds! I never would have guessed that a challenge rating 1/8 creature would be at the top of this list, but here they are. They’re trap masters, dragon worshippers, and yap-yap-yap doggo-dragon beasts. In my campaigns, I play them like gremlins from the 1984 movie Gremlins. But why are kobolds so cool? Because when they’re in the hands of a capable Dungeon Master, they are extremely dangerous. Don’t believe me? Read about Tucker’s Kobolds some time.

FREE Adventure – The Goblin Mine

If you didn’t already know, I’ve got a new, 18-page FREE adventure available in 5th Edition format PDF. It’s 100% FREE, too, and all it requires you to do is join the mailing list. Plus, with the mailing list, you’ll get regular updates on new monsters, adventures, player options and more all tied to the megadelve Kickstarter that Justin David Russell and I are working on together, The Secret of Forsaken Peak.

Get the FREE Adventure The Secret of Forsaken Peak: The Goblin Mine now!