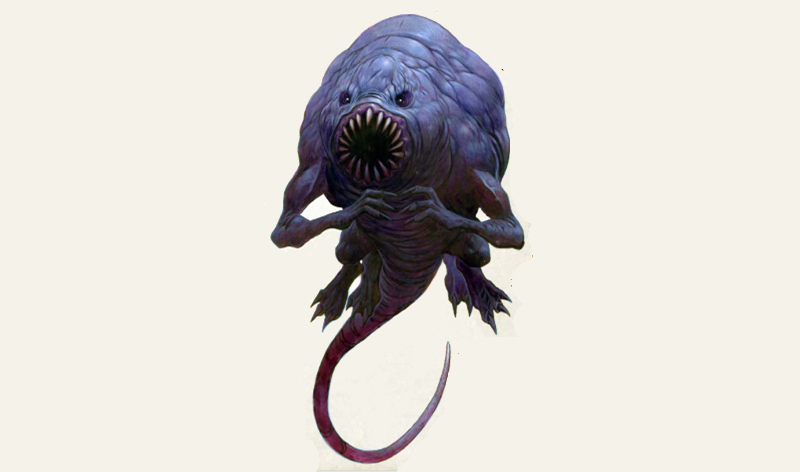 This will be my last letter to you, Oleawa, my joy.

I hope it someday finds you along with the others, put into your hands by someone who is beyond this nightmare from which I sadly cannot wake.

I am the only one left. Daluwin, Mal’ne, Zawuil, Coechei plus countless others have all fallen to the things. Not all dead, of course, often something unspeakably worse. As I explained to you in my last letter, which, I pray to the Tallest Yews you have received, these creatures, l’owen au’maniela as we first-folk named them or “mind slugs” as the candle-lives crudely dub them, find their way inside their victims’ minds, through an ear or eye or mouth.

Once within its host, the host loses control of itself, a puppet to evil. What controls it? We are unsure, possibly the diminutive slug itself. Unlikely, though, as they seem to lack real intelligence. It may be something we have yet to see.

This state lasts for a few days until the host begins to lose motor control and turns wicked, thrashing and moaning. Nearly unkillable.

We’ve discovered through dissection that the slugs dissolve the hosts’ brain which is what causes this near-undead state. Once nothing is left for it to dissolve, the slugs escape to seek a new host.

Daluwin and Mal’ne were able to enchant the exits, thankfully, keeping the creatures confined to the temple. Of course, this meant that we were unable to leave, as well.

Our home has become our tomb.

Only Daluwin knew the phrases required to expel the sacraments. Sadly, his mission ended with him becoming infected. In between his bouts of mania, he begged us to kill him. Coechei was braver than I and did the deed before the slugs could learn the rites from Daluwin’s memories.

I wish I could have done the same for Coechei when he, in turn, became infected.

The candle grows dim and I’m afraid they will soon find me, my joy. Zawuil still retains most of her consciousness, so she actively hunts me, the force driving her using her memories against me. There are others, too, awful humanoids that serve the slugs. I’ve avoided them so far, but the blessings of the High Ones will soon escape me.

This old sarcophagus I’ve hidden away will be the last bed I rest in. But as I drift away into one final trance, my thoughts will turn to you, Oleawa.

When a Large or smaller flesh and blood creature with a central nervous system is exposed to a mind slug, it must succeed on a DC 15 Constitution saving throw or become infected.

It takes 1d4 days for the slug to assume control of the host’s mind. Once the slug assumes control of the host, Zargol, the slug demon, can telepathically control the creature as if it is under the effects of a dominate person spell. The creature does not remember anything that it does while under the sway of Zargol. In addition, Zargol can see and hear through the creature.  While controlled, the creature’s Intelligence and Charisma scores decrease by 1d4 points every hour (to a minimum of 1). When a creature’s Intelligence or Charisma score reaches 1, it takes on the mind slug puppet (final stage) template.

Lost Characteristics. The puppet loses its original saving throws and skills bonuses, special senses, and special traits. It loses any action that isn’t Multiattack or a melee weapon attack that deals bludgeoning, piercing, or slashing damage. If it has an action or a melee weapon attack that deals some type of damage, it loses the ability to deal damage of that type, unless the damage comes from a piece of equipment, such as a magic item.

Alignment. The puppet is unaligned.

Damage Immunities. The puppet is immune to poison.

Condition Immunities. The puppet can’t become poisoned and is not affected by exhaustion.

New Special Trait: Brute. A melee weapon deals one extra die of its damage when the puppet hits with it.

New Special Trait: Puppet Fortitude. If damage reduces the puppet to 0 hit points, it must make a Constitution saving throw with a DC of 5 + the damage taken, unless the damage is fire or from a critical hit. On a success, the puppet drops to 1 hit point instead.

Brute. A melee weapon deals one extra die of its damage when the puppet hits with it (included in the attack).

Puppet Fortitude. If damage reduces the puppet to 0 hit points, it must make a Constitution saving throw with a DC of 5 + the damage taken, unless the damage is fire or from a critical hit. On a success, the puppet drops to 1 hit point instead.

Welcome to the Forsaken Peak

The mind slugs have sought a way to escape their enchanted prison for years. Unknown to the Chaosmen that surround their Temple, their time quickly draws near. Once free, Zargol and his slimy minions will be able to raise the Crawling One, Gorgolog from his slumber. And the world will weep in his presence.

Already, the first part of the Forsaken Peak is available for you to incorporate into your adventures. Get it for FREE in PDF form when you join our mailing list:

FREE Adventure | The Secret of Forsaken Peak – Part One: The Goblin Mine