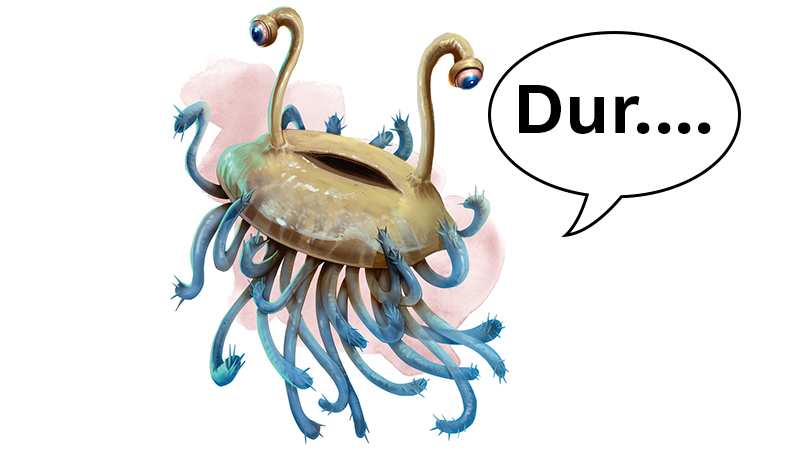 I love D&D. Duh. And I love Fifth Edition, too! But there are just a few rules that really irk the hell out of me. I understand that most of the time it’s for balance or for mechanics, but still.

Here they are in no particular order:

Medicine is based on Wisdom instead of Intelligence? Well, that’s dumb. Okay, it’s pretty obvious why. Only Clerics are going to use Medicine, and they’re MAD enough as it is. Making them have to be good at Intelligence, too, would be pushing it. Doesn’t make it any less dumb, though.

#2 – Everyone in the world can hold their breath for at least 30 seconds.

According to page 183 of the Player’s Handbook, a creature can hold its breath for a number of minutes equal to 1 + its Constitution modifier (minimum 30 seconds). This also means that a commoner–you, me, and everyone you know, probably–can hold their breath for one minute. Go ahead. Try it. Hold your breath for 1 minute. I can’t do it. I’ll probably pass out after 10 seconds. Dumb.

A creature can push, drag, or lift a weight in pounds up to 30 times its Strength score. So that means that someone with a 10 Strength can lift 300 lbs off the ground (PHB, p176). Uh, I’m not trying to say I’m the strongest person that ever lived, but I’m pretty damn sure that if I tried to lift even 200 lbs I’d throw my back out, pass out, and piss myself. Of course, Strength and carrying capacity in Fifth Edition is all sorts of whack. Which leads me to my next point…

So, let me get this straight. According to 176 of the PHB (the same rule I mentioned in #3), a tarrasque can’t even lift 1/4 of a ton? Now, I’ve brought this issue up before on Facebook and folks explained to me that there’s some sort of law in physics that prevents large things from carrying heavy stuff (that’s why whales can only ever live in the ocean). But still–this is a fucking fantasy dinosaur-monster-thing! It can’t even deadlift as much weight as the world’s strongest man, Thor “The Mountain” Bjornnson. Edit: I forgot that gargantuan creatures can carry more  but it’s still only 3,600 lbs. Lame!

This joke has been made time and time again, but if Dungeons & Dragons were the real world, global economics and markets would be a train wreck. An unskilled worker earns 2 sp per day and a skilled worker earns 2 gp per day. But the average 1st-level adventuring group should be able to pull roughly 200 – 500 gp worth of loot out of even a small dungeon. That is the almost the income of a single skilled worker for an entire year or six unskilled workers! Of course, this is represented by inflation. After all, a great sword costs 50 gp at the typical arms dealer. Ignoring living costs, an unskilled worker would have to save up all of their earnings for nearly 8 years before they could afford to own a greatsword. Therefore, carrying a greatsword is like carrying a freakin’ BMW 3-series on your back.

You know what I’m talking about. A long rest heals all lost hit points. So dumb.

I have the hardest time visualizing grapples. Your PC can grapple a creature, which effectively turns its speed to 0. Now, if the two of you were locked up and neither one of you were moving, that’d make sense. But instead, you can move the creature with you at half your movement speed. Okay, so you’ve got them locked up pretty good, right? Wrong! They’re not restrained, therefore they can do anything they want to except move. Unless they are restrained. But how can you restrain them? You can’t unless you get a feat! Why!?! Argh!

#9 – There are rules for other tools beyond thieves’ tools in Fifth Edition.

Good thing, too, because every D&D player in the world wants to spend 4 hours roleplaying a session of calligraphy and cobbling. 🙄

Okay, this is more of a book formatting/user experience gripe, but the one thing I TRULY hate about Dungeons & Dragons Fifth Edition is the fucking index. It’s not that it doesn’t have all the things I need, it’s that when I want to look up something like, say unarmed strike, instead of telling me what page to look at it instead says “see under melee attack.” How damn hard is it to just reprint the page number? It’s the same amount of ink! Hell, it’s probably less than the ink used to redirect me! What kinda cock-a-mamie MLS bullshit is that where instead of giving me the information I want it sends me to ANOTHER entry in the index instead?

Thanks for listening to my gripes. 😂

All kidding aside, I love Dungeons & Dragons Fifth Edition. And yeah, some of these logical consistencies exist to keep the game balanced.

What weirdo rules did I miss? Let me know in the comments below!

And for more lists, monsters, adventures, and other fun stuff, be sure to sign up to the updates list by filling out the opt-in form on the right or down in the footer.