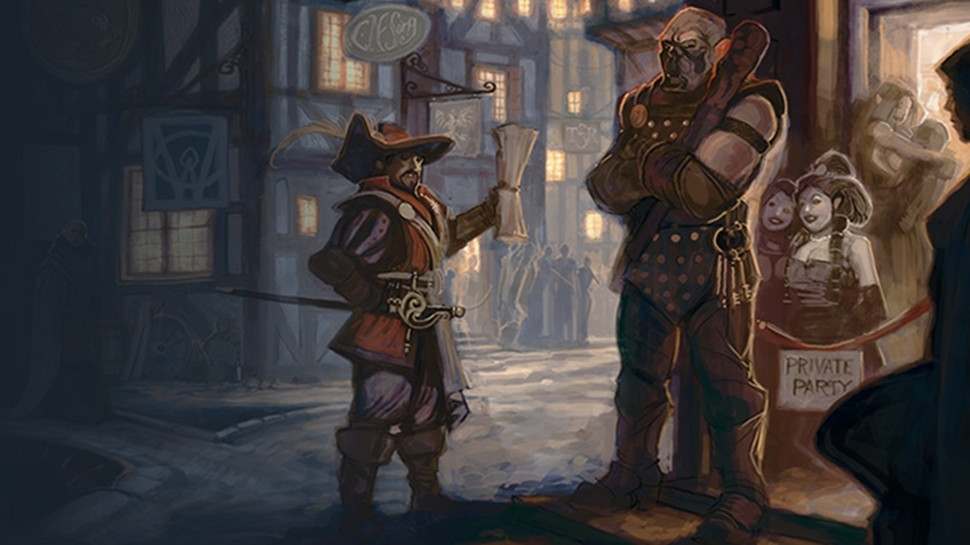 This request has come up a few times on my Instagram, so I thought I might address it. But it seems that some folks have trouble getting their players to pay attention. Either, they’re staring at their phones, erupting into joke tangents, or just off in space, it seems impossible to get them to care.

Here are a few tricks I’ve learned over the 28 years I’ve been a DM to get your players to pay attention.

#1 – Figure out what they like and do that thing a lot.

This is probably somewhat controversial, but I believe that the job of the Dungeon Master is two-fold: 1) make the game fun and challenging for the PCs and 2) give them the story that they want.

What I mean by that is that you’ll want to learn early on what it is that the players like to do. If they like combat, make sure there’s lots of combat. If they like to roleplay, let them roleplay. And if they want to have a romance with an anthropomorphic cat person, well… you know, do that.

#2 – Give everyone their time to shine in the spotlight (if they want it).

Hardly any player imagines their character as a background character or a comic relief. And you’ve got to realize that. Make sure each and every character gets a story hook or something that they can contribute to a session, typically tied to the things that they enjoy (see above).

Of course, this doesn’t mean that every player likes to have the spotlight on them. Some just want to sit in the background and watch. And that’s okay! Just make sure you’re not confusing shyness (which is common in the game) with not wanting the spotlight.

#3 – Cut the fat in your storytelling.

A lot of rookie DMs make this mistake, but it’s not necessary to completely roleplay every tiny minute detail of a session. For example, you don’t have to do a mile-by-mile roleplay of an overland travel portion of your adventure or describe what it’s like to sell a used dagger at the local smith. Unless something important/exciting is going to happen, just think like a movie director or novelist: cut to the chase. Use montages, meanwhiles, and other things to keep the story going. And don’t split the party!

It’s fine to do a few of these things early on to establish the mood and flavor of the story. But once you’re 3-4 sessions in, just get to the point. It may seem like sacrilege, but sometimes a montage is all you really need.

#4 – Keep a constant schedule and limit your sessions’ times.

This one is tough for a lot of new DMs because they’re constantly trying to balance multiple schedules, but the best way to get the attention of your players is by simply setting a consistent schedule. For the last year, my D&D sessions have been on Saturdays at 5:30pm, rain or shine. The game starts roughly at 5:45pm regardless of who is there (or running late) and usually wraps up around 10:00pm.

What does keeping a consistent schedule mean? First, it shows you who really wants to play and who’s just putzing around. And second, it means I know exactly what kind of timeline I have to work with which helps me plan better.

Once you’ve got a consistent schedule going, that means you’ve got a lot of ground to cover in a limited time. And although I love joking and getting sidetracked in non-D&D discussions, I also know that 10:00pm will come sooner rather than later. So when things start going off the rails, I make sure to throw out an “okay, what are we doing?” It’s akin to flashing the lights in a kindergarten classroom. Don’t get angry about it. Just throw it out and be silent. They’ll get the point.

This one seems kind of obvious, but sometimes it’s just easier to lead by example. If you’re the one joking or going off on a tangent or staring at your phone, then your players are going to be doing that kind of stuff, too. Stay focused on the session itself and make sure that you keep an eye on what your players are doing. And make sure you plan. Experienced DMs can work by the seat of their pants, but when you’re a new DM, it’s obvious AF when you don’t have anything planned.

#7 – Don’t play in a distracting environment.

When my group first started, we used to play at a local game store. It was cool, too. We had a little room in the back that we hid in. However, sometimes people would come in and watch things going on. And most of the time those people would be huge distractions. Eventually, we ended up moving to a quieter location, an attorney’s office.

Now, not everyone has access to an attorney’s office. But you can do a lot of things to improve the conditions of your game. Don’t play in places with large crowds. Make sure there are no TVs on. And if you can limit it, make sure that people leave their cell phones and other electronics behind.

#8 – Reward those who pay attention, but don’t penalize those who don’t.

For those who are invested in the game, make sure that you show them that you appreciate it by rewarding them extra experience or inspiration for their quality playing. However, don’t penalize players who don’t pay attention or play the game nice. Now, that doesn’t mean you can’t give their character consequences for goofy decisions that they make in character. But don’t withhold XP or use meta circumstances to attack the player themselves. It neeeever works. Most people love the carrot, but they hate the stick.

Dungeons & Dragons is designed for 3-5 players and a Dungeon Master. Therefore, I recommend that you keep it that size until you’re experienced enough to handle a bigger group. Sure, a big group might seem like fun, but every person you add diminishes the spotlight on the other players. Even just two players that consistently pay attention are better than 7-8 players who can’t seem to keep their focus on you or the game.

Finally, if the group isn’t paying attention, realize that it’s probably more on you than it is on them. And I realize this might be a tough pill to swallow.

Take a look at the real reasons why your players aren’t paying attention. Are you holding your game in a chaotic environment? Maybe you are letting too many players in. Perhaps you, too, have trouble focusing on what’s going on. Each session, rate yourself on how well you did as a Dungeon Master and try to see what you can improve upon. Nobody is a great DM overnight. Shit, after 27 years I probably still suck at it. But I always try to improve and get better and that makes all the difference.

The easiest way for me to keep writing content like this is to gain new fans. And YOU CAN HELP! Simply click one of the share buttons below and let people know about the writing and content that lives on this blog.

If you have a suggestion for another way to keep attention, be sure to let me know down in the comments.