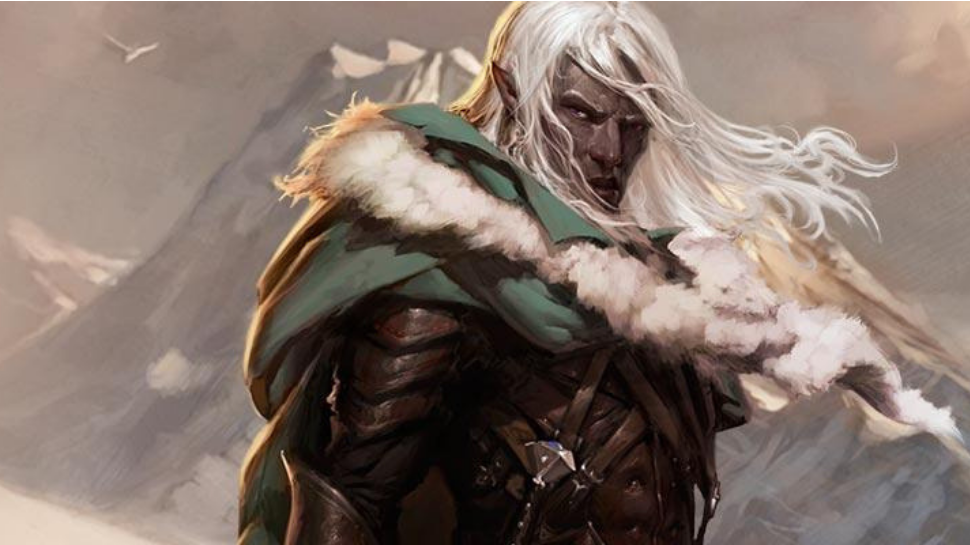 Today, I got a copy of the Tal’dorei campaign setting for Fifth Edition Dungeons & Dragons. If you haven’t heard about it, it’s the campaign setting that famous voice-over actor, Matt Mercer, and his Critical Role group take part in.

While flipping through this book, I noticed that a lot of the names in the book sound pretty authentic. Even though his campaign setting has only been in a published format for a few years, its as if the names echo back all the way to the time of Tolkien.

But what makes Mercer’s made up names sound so fantasy’ish? As a Dungeons & Dragons nerd and content creator, I think I can lend some insight into that.

Here are the top 10 tricks that I use to make my made up names sound fantasy AF. I recommend that you use these tricks, too, especially if you want to add an air of gravitas to your own roleplaying sessions.

Only fantasy worlds use accent marks in their languages. Okay, sure, there’s some in Spanish and other languages around the world, but usually, it’s to change the inflection of a vowel. In fantasy, accent marks and apostrophes are used to get rid of vowels or break up odd letter combinations. Popular examples include Tal’dorei and Do’urden. Use it sparingly (maybe 1 out of 5 names you come up with) and try to tie it to a specific culture or language. For example, the drow use the hell out of it in Fifth Edition.

Another cool trick is to make unnecessary combinations of vowels. For example, my name is Dave. But in a fantasy world, my name would be Daeve. Totally unnecessary to have that extra e in there (although one would argue that the latter e is probably unnecessary, too, we can blame the romance languages for that one).

Sometimes, it’s not enough to give something a weird name. You’ve got to give it a subtitle, too. For example, say you have a mage named Da’eve. That doesn’t sound that interesting, right? But what about Da’eve the Intolerable? Oh shit! That guy is definitely a high-level NPC. Better look out! The moment you add a subtitle to someone’s name, they go from “just another NPC” to “kind of a big deal” in seconds. The same works with other things, too.

This one might defy logic a little, but sometimes you need to throw in a name that’s so on-the-nose it actually sounds even more fantasy AF as those weird names that you just pulled out of your ass. Case in point: owlbear. It’s an owl. And a bear. Owlbear. It’s on-the-nose AF, but somehow it works. That’s because you’re in a world with illithids, drow, and phaerimm. Don’t use it too much though. One of out ten things you name should work.

Onomatopoeia is the use or formation of words whose sound is intended to imitate the action or sound they mean, such as “bang” or “splash.” This is super useful for naming things, too, especially tribal monsters like goblins and orcs. Just think of a weird sound: flurk. Boom. I just named an ogre. My stomach just made a “glookurum” sound. Goblin chief? Yep!

I do this one all the time. I’ll think of a word that best describes something, then use Google Translate to put it into another language. If the word comes out sounding “too real”, I’ll use one of the other naming conventions above. This works really well, too, if you tie a particular real-world language to a culture or race. For example, I might use German for orcs, Swedish for elves, and Celtic for dwarves.

Another fun trick is to give your NPCs surnames that are descriptive. After all, most modern surnames work that anyways (Johnson, Baker, etc). Do the same for yours. Name your dwarf Faenlin Brightaxe or your goblin Turknuk Son of Glookurum.

This one has been done by fantasy authors and artists for years. And I kinda already hinted at it before. But take a real-world name and spell it slightly differently. It can even have the same pronunciation. For example, there’s a Phil in my campaign. But it could be spelled Fiel, Vil, Fyl, or any other crazy adjustment that I can think of. It sounds the same when said aloud, but on paper, it looks fantasy AF.

#10 – Create an unpronounceable name (use sparingly)

Get a FREE adventure!

If you haven’t already heard, the first part of a 30-part megadelve adventure is now available for you to download. All you have to do is join our mailing list, and you’ll get an 18-page adventure sent straight to your email. PLUS you’ll get updates on all the nifty stuff I create for this site.

Get the FREE adventure: The Forsaken Peak Part 1: The Goblin Mine, now!

Art by Wizards of the Coast/Penguin Books