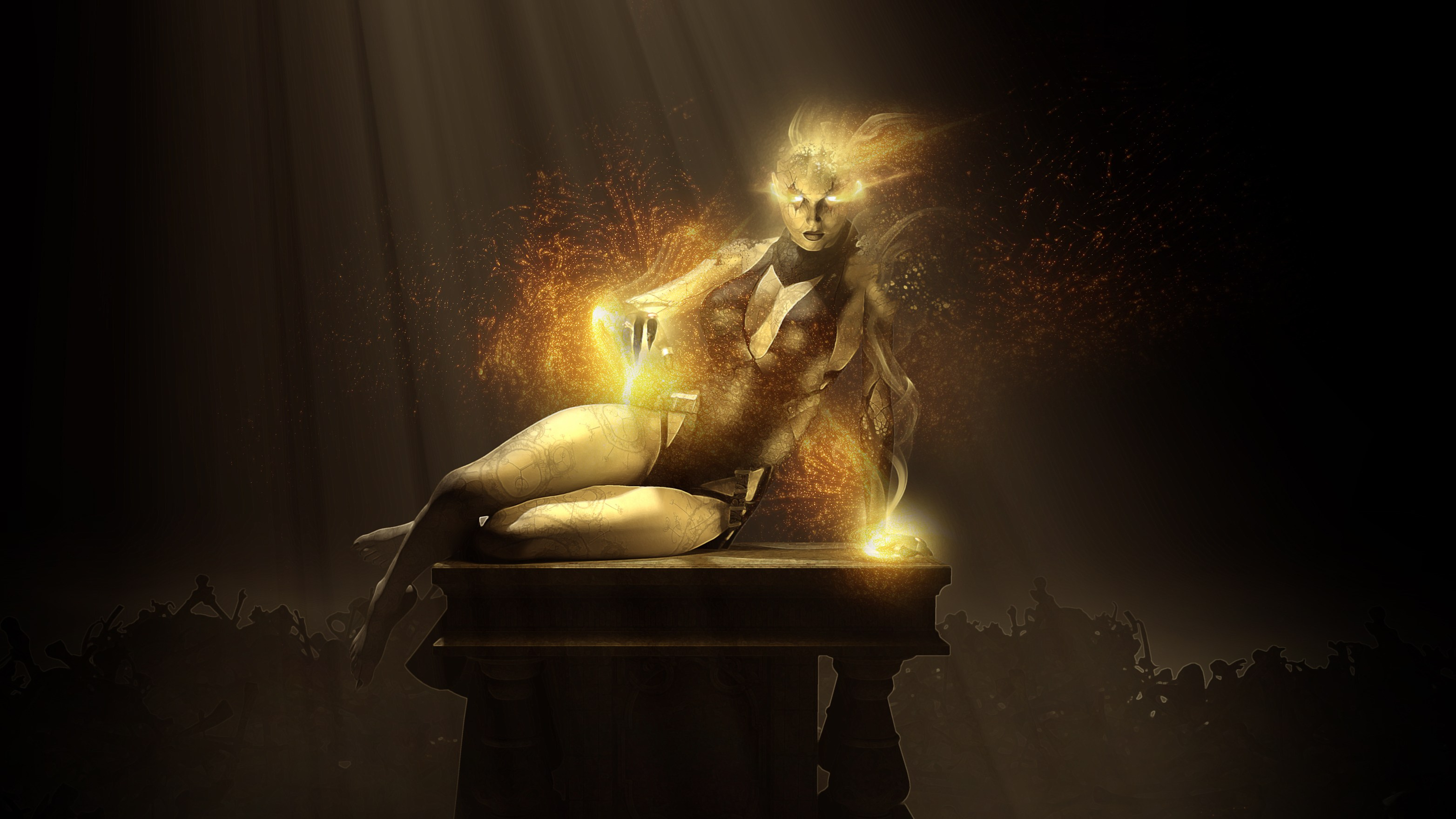 The multiverse is an everflowing source of magical energy. And its connection to the inner planes is what fuels magic, whether its the flames of the Elemental Plane of Fire, the necromantic energies of the Negative Energy Plane, or the divination energy lent by the Astral Plane. However, it is force energy that connects it all; force magic is the binding agent of the multiverse–a conduit.

Sometimes, the force energies of the multiverse merge with the soul of a living organism. Rarely is a creature possessed by this energy able to survive for more than a few moments. The creature’s form overloads with the inherent magical energies and explodes in a brilliant burst of raw power, instantly destroying everything around it. However, the few that can manage the energy become powerful sorcerers, capable of bending magic to their will.

Conduit sorcerers toe the line between powerful spellcaster and walking bomb. They have more control over force energy, yet that control comes with a price: at any moment the energy building up within them can release, damaging everyone and everything around them.

Starting when you choose this origin at 1st level, your spellcasting can cause you to overload with arcane energy. Once per turn, the DM can have you make a Charisma saving throw immediately after you cast a sorcerer spell of 1st level or higher. The save DC is 8 + the spell level. On a failed saving throw, your body overloads and creates a burst of force energy. The burst extends from you 10 feet for every spell level of the spell that triggered the overload. Each creature in the burst’s area must succeed on a Dexterity saving throw against your spell save DC or take 1d4 + 1 force damage for every spell level of the spell that triggered the overload. After the burst, you fall unconscious until 1 minute has passed, you take damage, or someone uses an action to shake or slap you awake. You cannot opt to automatically fail this saving throw.

At 1st level, you can use your action to create a force field that surrounds you. Your base AC becomes 13 + your Dexterity modifier. The force field remains active as long as you are conscious or until you use an action to dismiss the force field.

Starting at 6th level, you can strip away the other influential energies inherent in your magic. Whenever you cast an evocation spell of 1st level or higher that deals damage, you can spend 2 sorcery points to change the damage type of the spell to force damage instead.

At 14th level, you have learned to control the force energies fighting to erupt from you. You have advantage on your Charisma saving throws to prevent force overload.

When you reach 18th level, your mastery of force energies allows you to affect the world around you. You learn the telekinesis spell unless you already know it. As an action, you can spend 3 sorcery points to cast telekinesis without using a spell slot.

Want this in PDF?

Patrons get all PDFs made by me for free. For as little as $3 per month, you can get access to all the PDFs that I create for Fifth Edition. Become a Patron today and get this PDF.

This request comes in from Jordan on Patreon. Thanks for the suggestion, Jordan! Hope you enjoy it.

Requests are FREE! If you have a request that you’d like to see, be sure to put it on over on the request log. Put in your request now.

And don’t forget, all Patrons get first dibs on requests. For as low as $3 per month, you not only get to put in a request but you get free access to every PDF I put out. Become a Patron, today.