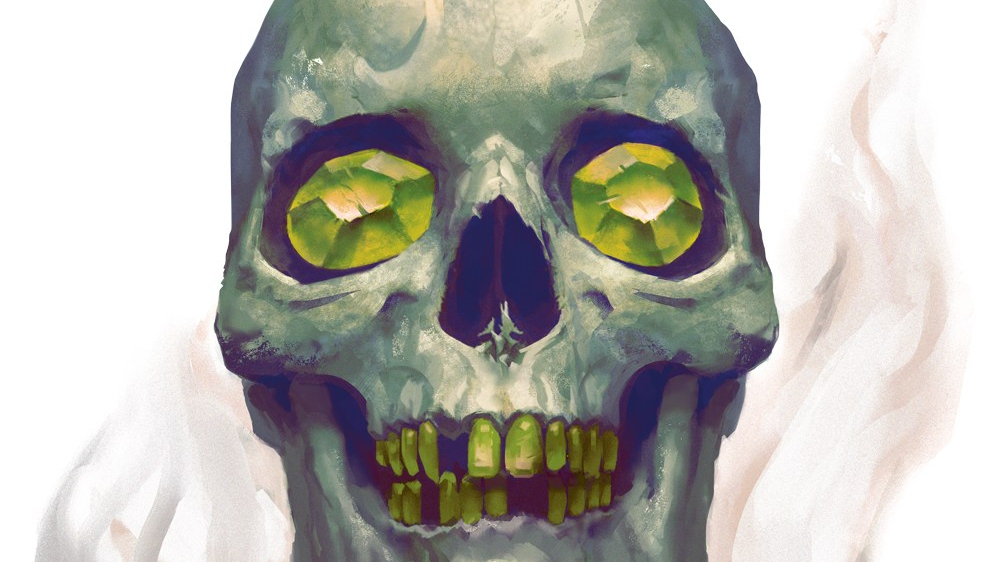 Currently, I’m running an old second edition module converted to 5th for my players. There’s a whole lot of new bad guys in it, too, many of which haven’t been seen since the ’80s. I’ve converted a few of those bad guys below for you to enjoy.

Note: if you’re one of my players, stop reading at this point, as thar by spoilers.

Prefer to read this in PDF form?

Download this PDF plus another 90+ when you become a DMDave Patron. It’s only $3 to get all this content. Become a patron now.

This lesser golem appears to be a medium-sized humanoid warrior made of sculpted earth. Chabang men are immune to most forms of physical damage. Bludgeoning damage temporarily disables them, while slashing damage splits them into two new chabang men. Chabang men are often created by spellcasters to test the meddle of would-be challengers while the spellcaster observes and notes weaknesses.

Construct Nature. The chabang man does not require air, food, drink, or sleep.

Languages understands the languages of. its creator but can’t speak

Immutable Form. The chabang man is immune to any spell or effect that would alter its form.

Magic Resistance. The chabang man has advantage on saving throws against spells and other magical effects.

Squashable. Whenever the chabang man is subjected to bludgeoning damage from a source other than a magical or adamantine weapon, it takes no damage. Instead, it collapses into a puddle of mud. While in its mud form, the chabang man’s movement becomes 10 ft. and it is incapacitated. On its turn, the chabang man can use its bonus action to revert to its original form.

Lesser, more impatient spellcasters who refuse to put themselves through the trials involved in typical lichdom sometimes turn to a different form of unlife: heartlessness. The Ritual of Heartlessness involves removing the subject’s beating heart and preserving it outside of its body. If the subject survives, it becomes a heartless lich. The heartless lich enjoys the benefits of unlife so long as it heart remains intact and near it. However, if its heart is destroyed, the lich is destroyed as well.

Undead Nature. The lich does not require air, food, drink, or sleep.

Because a heartless lich must protect its heart, they tend to cloister themselves in heavily trapped and guarded secret lairs. Like the traditional lich, a heartless lich’s lair is drenched in the unfathomable evil it exudes. A heartless lich encountered in its lair has a challenge rating of 7 (2,900 XP).

On initiative count 20 (losing initiative ties), the lich can take a lair action to cause one of the following magical effects; the lich can’t use the same effect two rounds in a row.

Damage Immunities necrotic, poison; bludgeoning, piercing, and slashing from nonmagical attacks (with its heart) or all (without its heart)

Languages Common plus up to three other languages

Spellcasting. The heartless is a 10th-level spellcaster. its spellcasting ability is Charisma (spell save DC 16, +7 to hit with spell attacks). It has the following sorcerer spells prepared:

Turn Resistance. The heartless has advantage on saving throws against any effect that turns undead.

Paralyzing Touch. Melee Spell Attack: +7 to hit, reach 5 ft., one creature. Hit:  10 (3d6) cold damage. The target must succeed on a DC 15 Constitution saving throw or be paralyzed for 1 minute. the target can repeat the saving throw at the end of each of its turns, ending the effect on itself on a success.

Get the PDF plus one NEW monster when you become a patron!

The heartless lich, the chabang man, and one additional Patreon Exclusive monster are included in the PDF version of this article. It’s only $3 to become a patron, and when you do, you get access to over 90 Fifth Edition PDFs.