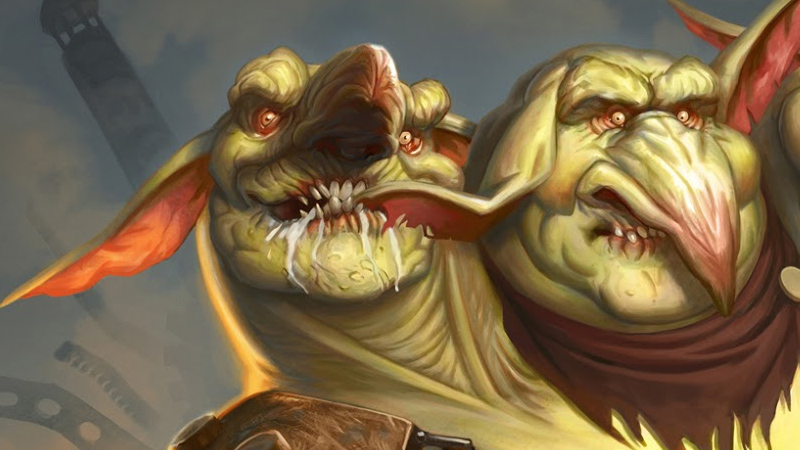 Occasionally, I get folks on Instagram and Facebook asking me how to create a D&D monster for Fifth Edition. Of course, the Dungeon Master’s Guide outlines how to do just that on pages 273 – 283.

But for some that can be a little overwhelming. And there are lots of little rules that are easy to miss.

So, I thought I’d take the opportunity to go over how to create a D&D monster for Fifth Edition. After all, I create, on average, probably 10-15 new monsters each week.

Below is a look into my monster design process for Dungeons & Dragons Fifth Edition:

For a long time now, this has been one of my most popular articles. Recently, I got off my lazy butt and finally decided to create a PDF for this. You can get it on my Patreon. That way, you can download it and read it on your own time. Plus you get another 90+ PDFs with new ones every day.

The first thing I do when I create new monsters for Dungeons & Dragons Fifth Edition is think about what I want the monster to do and what its purpose not only in the game is, but the fantasy world itself.

Once I have the basic concept down, I do a little shopping.

In this example, I want to create a two-headed goblin. Why? Because I love goblins! Plus, this artwork from MTG artist Mike Burns is just too funny!

Once I have the concept, I then turn to the book I consider the “Rosetta Stone” of Dungeons & Dragons Fifth Edition: the Monster Manual. When learning how to create a D&D monster, this is your best resource. In fact, it’s pretty rare that I have to reference any other book. With nearly 500 monsters all with tons of features, actions, and options, there’s bound to be something in there that comes close to matching what I conceptualized in Step #1.

Let’s take a look at our two-headed goblin concept.

First off, I know that I’d want to look at the goblin stat block on page 165 – 166 of the Monster Manual. This will help me figure out the characteristics that all goblins should have in common.

From this stat block (and the accompanying Goblin Boss stat block) we learn that both goblins share the following features:

Knowing all this, we can start customizing our goblin with secondary characteristics.

Next, I want to find secondary characteristics that fit the concept. The best way to do this is to find a creature that has options that are similar to what we’re looking for, but not enough other motifs to warrant it being the base creature.

We know a lot about goblins now, but we don’t know much about two-headed goblins. Fortunately, there are a couple of different monsters in the Monster Manual that has more than one head.

First, we have the obvious choice, the ettin (page 132). The ettin’s two heads gives it some interesting features, some obvious and some subtle. The obvious features are its Two Heads and Wakeful features. The subtle feature is its expertise in Perception (double proficiency bonus).

Next, there are death dogs (page 321). Death dogs also have double the proficiency bonus in Perception as well as the Two-Headed feature. Note that the wording of the feature’s name is different than the ettins although it’s exactly the same. Tsk, tsk, WotC copywriters.

Finally, we have the chimera (page 39). Like the ettin and death dog, the chimera has double the proficiency bonus. However, it doesn’t have a special feature related to its multi-headed nature.

There is one more subtle feature that all these creatures have in common: multiattack! The chimera can attack once with each of its heads (or parts, if you count the lion head’s claw attack as a “head”), the ettin makes two attacks with each of its weapons, and the death dog makes two bite attacks. This makes me think that having more than one head makes the creatures better at multiple attacks.

Observing all this, I’m going to give the goblin Multiattack, Two Heads, and double its Perception proficiency. Goblins are inherently lazy, so I can’t imagine them being “wakeful”, even with two heads.

The next step on how to make a D&D monster involves putting it all together. Since we have the base creature decided and its secondary characteristics picked out, we can start creating its rough stat block.

Here’s what our two-headed goblin is going to look like so far. I’ve highlighted in red all the changes I’ve made to the normal goblin stat block:

Challenge ? (I’ll fill this in momentarily)

Two-Headed. The goblin has advantage on Wisdom (Perception) checks and on saving throws against being blinded, charmed, deafened, frightened, stunned, and knocked unconscious.

Multiattack. The goblin makes two attacks with its scimitars.

Here is a breakdown of the changes that I made to it:

Step #5 – Give the new monster a challenge rating.

Now that we know most of the creature’s characteristics and what its stat block will look like, we need to figure out its challenge rating.

In Dungeons & Dragons Fifth Edition there are two major factors that we calculate when determining challenge rating:

Anything else that doesn’t affect either of those things we can ignore. For example, while it’s cool that our new two-headed goblin has improved Perception from its two heads, having two heads does not affect its Challenge Rating in any way (see page 281).

Here are the things that affect our goblin’s challenge rating:

From there, we reference the nifty chart on page 274 of the Dungeon Master’s Guide to figure out what the two-headed goblin’s Challenge Rating will be.

Once we have the offensive and defensive challenge ratings determine, it’s simply a matter of averaging the two out, which would make it 1.75.

Now we know that our two-headed goblin’s challenge rating is 2.

In addition, if the creature hits a tier-based resistance or immunity breakpoint (at CR 5, 11, and 17), you might also have to adjust its effective hit points, too, which could mean a recalculation of its defensive CR!

Don’t forget to playtest it, too. Maybe you’ll discover that it has an ability that you don’t like or you think its Challenge Rating needs to be adjusted.

Here is our final two-headed goblin:

Two-Headed. The goblin has advantage on Wisdom (Perception) checks and on saving throws against being blinded, charmed, deafened, frightened, stunned, and knocked unconscious.

Multiattack. The goblin makes two attacks with its scimitars.

If you liked this article, be sure to get the PDF version. Plus, you’ll get access to over 90 PDFs when you become a member along with requests, polls, discord, and more.