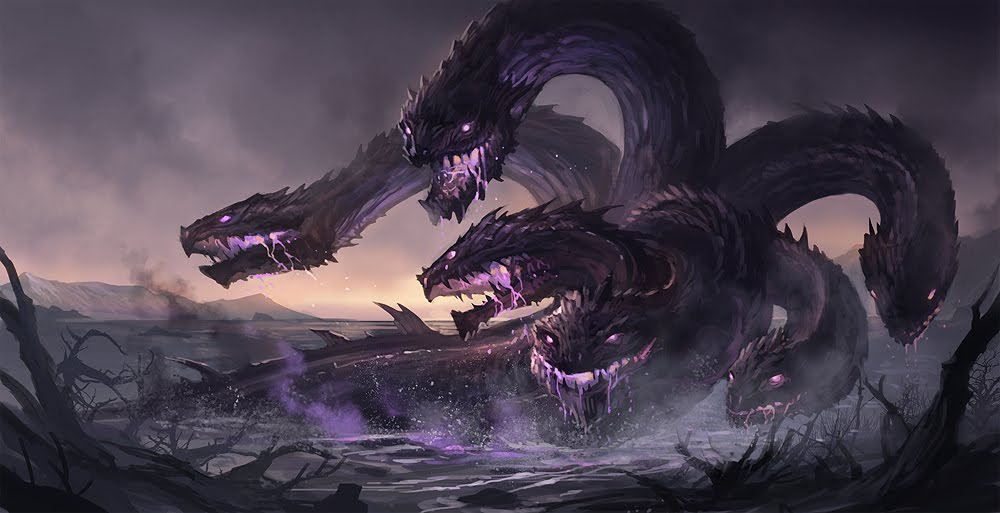 Here’s another interesting monster that I felt like tossing into the Bzallin’s Blacksphere adventure. Basically, I needed another incredibly difficult creature for a solo encounter. This one needs to be Challenge Rating 3 in order for it to be a decent challenge.

Hold Breath. The hydra can hold its breath for 1 hour.

Magic Resistance. The hydra has advantage on saving throws against spells and other magical effects.

Multiple Heads. The hydra has ten heads. While it has more than one head, the hydra has advantage on saving throws against being blinded, charmed, deafened, frightened, stunned, and knocked unconscious.

Reactive Heads. For each head the hydra head has beyond one, it gets an extra reaction that can be used only for opportunity attacks.

Wakeful. While the hydra sleeps, at least one of its heads is awake.

Multiattack. The hydra makes as many bite attacks as it has heads.