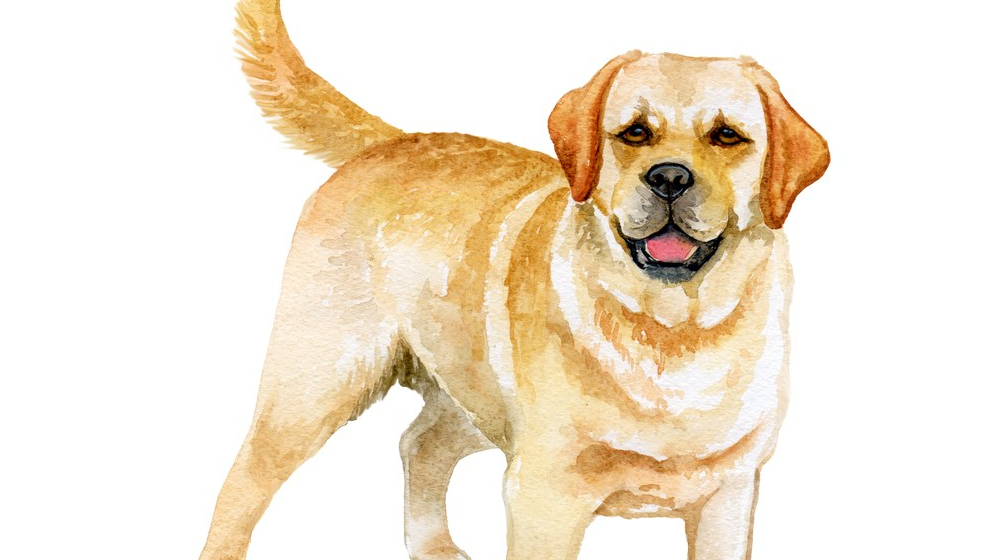 This is one I’ve been stewing on for a while mostly because I’m not totally sure how I wanted to do it. Everyone would love to play a dog, right? But obviously, they come with some interesting challenges.

The biggest challenge is that dogs can’t hold things. Which renders nearly every class useless other than spellcasting classes which don’t rely much on martial weapons, and monks, which use their natural attacks to deal damage. Of course, arcane spellcasting is just as difficult because becoming awakened raises a dog’s Intelligence from 3 to 10, clearly not high enough to really make a difference. Charisma-based casting wouldn’t be much better thanks to an unchanged 7 in Charisma. That leaves them with Wisdom.

Okay, long story short. I can’t turn an awakened dog into a traditional race. But I can turn it into a specialized class that plays up its base features, and then build in subclasses that optimize its skills. A bit much, but hey… this request is from a platinum patron, and I try to go all the way for them!

A monster class is for players who wish to play monsters that do not comfortably fit into the race-class mold of Fifth Edition, either because they possess too much power to maintain game balance or they have disabilities that would make it difficult or impossible for them to take a class.

How to Create a Monster Class

The following rules replace the normal rules for character creation in Fifth Edition.

You were an ordinary dog that was given higher intelligence and the ability to speak thanks to a powerful spellcaster.

Your awakened dog has a variety of natural abilities, some innate and others granted by magic.

Age. As a dog, you mature very quickly, reaching adulthood around the age of 1. You live a much shorter lifespan than humans, typically living no more than 15-20 years.

Alignment. Awakened dogs often share the same morality and ethical traits of the one that awakened them.

Size. The average dog stands no more than 2 to 3 feet on all fours and weighs between 65 and 75 pounds. Your size is Small.

Speed. Your base walking speed is 40 feet.

Monster Class. You are only allowed to take levels in the awakened dog class.

Keen Hearing and Smelling. You have proficiency in the Perception skill. In addition, you have advantage on Wisdom (Perception) checks that rely on hearing or smell.

Beast Nature. Your creature type is beast. You can be affected by game effects that affect beasts but ignore those that affect humanoids.

Paws. You do not have opposable thumbs, therefore you can’t hold objects or use objects that would require the use of hands. Furthermore, you make Dexterity (Sleight of Hand) checks at disadvantage. At your GM’s discretion, you can hold items in your mouth, but doing such would make it difficult for you to communicate.

Language. You can speak and read Common plus one other language of your choice. Due to your lack of humanoid hands, you can’t write.

As an awakened dog, you gain the following monster class features.

Hit Points at Higher Levels: 1d8 (or 5) + your Constitution modifier per awakened dog level after 1st

Beginning at 1st level, while you are wearing no armor and not wielding a shield, your AC equals 10 + your Dexterity modifier + your Wisdom modifier.

At 1st level, you turn your attention to a specialized focus that influences your new life as an awakened dog: Mystical, Protection, or Stealth. Your focus grants you features at 1st level and again at 3rd level. (More to come.)

At 1st level, your fanged maw is a natural weapon, which you can use to make unarmed strikes. If you hit with it, you deal piercing damage equal to 1d6 + your Strength modifier, instead of the bludgeoning damage normal for an unarmed strike. This die changes as you gain awakened dog levels, as shown in the Bite Damage column of the Awakened Dog class.

Starting at 2nd level, your speed increases by 10 feet while you are not wearing armor. This bonus increases when you reach certain awakened dog levels, as shown in the Awakened Dog table.

At 1st level, an awakened dog gains the Awakened Dog Focus feature. The following options are available to an awakened dog: Mystical, Protection, or Stealth.

The magic that created your awakened nature left lingering effects. Those effects have given you inherent magical abilities which you can use to your advantage.

When you take this focus at 1st level, you gain the ability to cast spells. See chapter 10 of the PHB for the general rules of spellcasting and chapter 11 for the druid spell list. (Your spell slots and cantrips are the same as a druid’s.)

Preparing and Casting Spells. The Mystical table shows how many spell slots you have to cast your spells of 1st level and higher. To cast one of these druid spells, you must expend a slot of the spell’s level or higher. You regain all expended spell slots when you finish a long rest.

You prepare the list of druid spells that are available for you to cast, choosing from the druid spell list. When you do so, choose a number of druid spells equal to your Wisdom modifier + your awakened dog level (minimum of one spell). The spells must be of a level for which you have spell slots.

For example, if you are a 3rd-level awakened dog, you have four 1st-level and two 2nd-level spell slots. With a Wisdom of 16, your list of prepared spells can include six spells of 1st or 2nd level, in any combination. If you prepare the 1st-level spell cure wounds, you can cast it using a 1st-level or 2nd-level slot. Casting the spell doesn’t remove it from your list of prepared spells.

You can also change your list of prepared spells when you finish a long rest. Preparing a new list of druid spells requires time spent in prayer and meditation: at least 1 minute per spell level for each spell on your list.

Spell save DC = 8 + your proficiency bonus + your Wisdom modifier

Ritual Casting. You can cast a druid spell as a ritual if that spell has the ritual tag and you have the spell prepared.

Spellcasting Focus. You can use a druidic focus (see chapter 5 of the PHB) as a spellcasting focus for your druid spells.

Starting at 3rd level, as a bonus action, you can infuse your bite attack with mystic energy for 1 minute. The first time you hit with your bite attack while the mystic energy remains, your bite deals an extra 2d6 radiant damage to the target. And if the target is undead or a fiend, it deals an additional 1d6 radiant damage on a hit. Your mystic bite’s damage increases by 1d6 when you reach 7th level (3d6), 11th level (4d6), and 17th level (5d6) in this class.

You can use this feature a number of times equal to your Wisdom modifier (minimum of once). You regain all expended uses when you finish a long rest.

Awakened dogs who focus on protecting others are naturally tougher and deadlier than others of their ilk.

At 1st level, when you take this focus, you gain proficiency with the Intimidation skill.

Starting at 1st level when you take this focus, you can enter a rage as a bonus action.

While in the rage, you gain the following benefits if you aren’t wearing heavy armor:

If you are able to cast spells, you can’t cast them or concentrate on them while in a frenzy.

Your rage lasts for 1 minute. It ends early if you are knocked unconscious or if your turn ends and you haven’t attacked a hostile creature since your last turn or taken damage since then. You can also end your frenzy on your turn as a bonus action.

You can enter a rage a number of times equal to your proficiency bonus. You regain all expended uses of your rage after a long rest.

At 3rd level, while you raging and you hit a creature with your bite attack, you can impose one of the following effects on that target:

Awakened Dogs with the stealth focus are masters of espionage and ambush attacks.

Starting at 1st level when you take this focus, you can use Dexterity instead of Strength for the attack and damage rolls of your bite attack.

At 1st level, you gain the Stealth proficiency if you don’t already have it. In addition, your proficiency bonus is doubled for any ability check you make that uses Stealth.

At 3rd level, you can take a bonus action on each of your turns in combat. This action can be used to only take the Dash, Disengage, or Hide action.