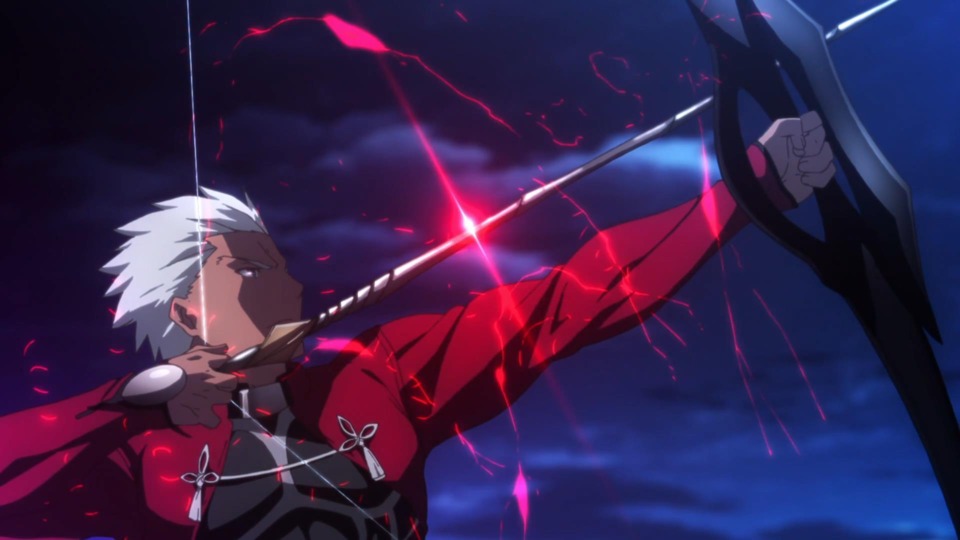 This class comes as a request from one of my loyal patrons. The concept stems from the character Archer from Fate/stay night. I’ll admit, this took a little research on my part (I wasn’t familiar with the character), but I saw the class as sort of an “extreme” version of the Arcane Archer.

As an epic archer, you gain the following class features.

Hit Points at Higher Levels: 1d8 (or 5) + your Constitution modifier per epic archer level after 1st

At 1st level, you learn a ritual that creates a magical bond between yourself and one longbow or shortbow. You perform the ritual over the course of 1 hour, which can be done during a short rest. The bow must be within your reach throughout the ritual, as the conclusion of which you touch the bow and forge the bond.

Once you have bonded a bow to yourself, you can’t be disarmed of that bow unless you are incapacitated. If it is on the same plane of existence, you can summon the bow as a bonus action on your turn, causing it to teleport instantly to your hand.

If you attempt to bond with another bow, you must break the bond with the other bow.

As an epic archer, you have learned how to infuse your arrows with mystical energy. Before you make an attack with your bonded bow, you can choose to infuse the arrow with magical energy. An arrow fired in this way is considered magical for the purposes of overcoming resistance and immunity to nonmagical attacks and damage. In addition, the arrow deals 1d10 force damage on a hit in place of the normal damage it deals.

Beginning at 1st level, you can conjure mystical arrows that can deal devastating damage.  The Epic Arrows column of the Epic Archer table shows you how many epic arrows you can conjure. You regain all expended epic arrows when you finish a short or long rest.

Once per turn, when you fire an arrow from your bonded bow as part of the Attack action, you can use your bonus action to apply one of your Epic Arrow options to that arrow. You decide to use the option before you fire the arrow.

When you use the Precise Shot Epic Arrow option, you make your attack roll with advantage. On a hit, the arrow deals 3d6 force damage. The amount of damage increases as you gain levels in this class, as shown in the Precise Shot column of the Epic Archer table.

Ritual of Awareness. You have advantage on Dexterity saving throws against effects that you can see, such as traps or spells. To gain this benefit, you can’t be blinded, deafened, or incapacitated.

Ritual of Freedom. Difficult terrain doesn’t cost you extra movement. In addition, magic can neither reduce your speed nor cause you to be paralyzed or restrained, and you have advantage on checks to escape grapples and restraints.

Ritual of Movement. Your movement speed increases by 10 feet and your jump distance is doubled. In addition, when you fall while under the effects of this ritual, you descend 60 feet per round and take no damage from falling.

Ritual of Protection. You gain a +1 bonus to your AC and saving throws.

Ritual of the Sniper. You gain a +2 bonus to your ranged attack rolls. In addition, once per turn, you can deal an extra 1d4 damage to one creature you hit with an attack from a ranged weapon attack.

At 3rd level, you choose a talent that influences your abilities as an epic archer: Expert or Warrior. Your choice grants you features at 3rd level, and again at 7th, 11th, and 14th level.

At 5th level, you gain another Epic Arrow option, Explosive Shot. When you fire an Epic Arrow and use the Explosive Shot option, you can target a point within the normal range of your weapon. Each creature within 20 feet of the point must make a Dexterity saving throw with a DC equal to your 8 + your proficiency bonus + your Charisma modifier, taking 5d8 force damage on a failed saving throw or half as much damage on a successful one. The amount of damage increases as you gain levels in this class, as shown in the Explosive Shot column of the Epic Archer table.

At 3rd level, the epic archer gains the Talent feature. The following options are available to an epic archer.

Expert epic archers are knowledgeable companions, capable of a wide variety of tasks.

Starting when you choose this talent at 3rd level, you gain proficiency in two skills of your choice and you learn one additional language. In place of one of the skills, you may select a tool to become proficient in.

Warrior epic archers live and die by their weapons.

You can use this feature a number of times equal to your proficiency bonus. You regain all expended uses when you finish a long rest.