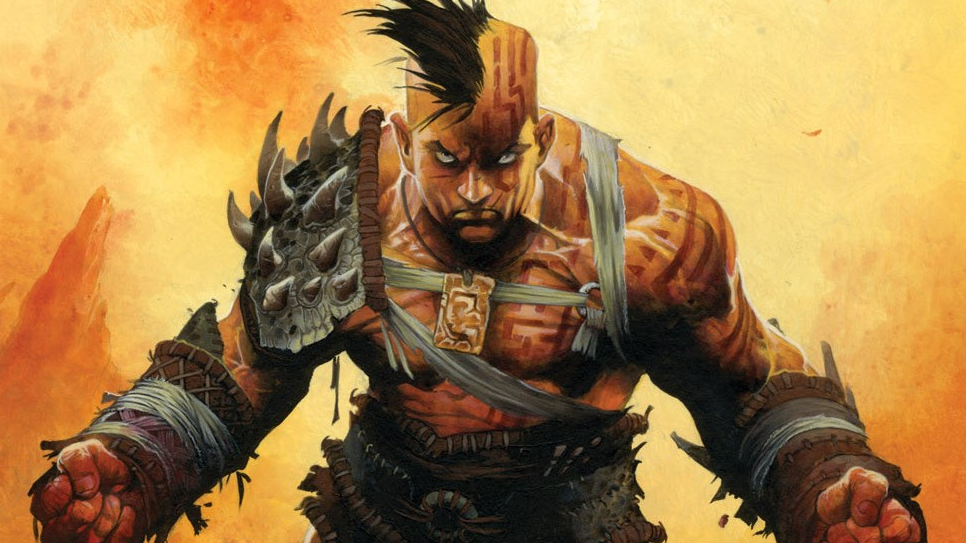 This one comes as a request from one of my patrons. Here is what he asked for:

Hi Dave, I’d love to see what you can create for a Barbarian subclass around the idea of the more damage he takes, the more damage he can dish out. Even better if his attacks are unarmed. I’m just picturing a guy that goes total berserk bloodlust and thrives on the punishment he’s taking.

So here is what’s necessary mechanically:

Sounds like something from a Korean action movie! Haha

But yeah, I totally dig the idea. Let’s see what I can do with it.

A quick note on designs. The extra damage the barbarian ends up dealing falls roughly in line with how much damage the zealot path does just factored in a little differently. The idea was to put more emphasis on DPR over tanking/buffing. Only the last two features allow the barbarian to tough it out as a tank.

At 3rd level, a barbarian gains the Primal Path feature. The following Path of the Bloodied option is available to a barbarian, in addition to those normally offered.

Path of the Bloodied

There are those who throw themselves into combat with little regard to their own well being. As they take more hits, break more bones, and shed more blood, their rage grows. These ferocious creatures are known as the Bloodied.

Starting when you choose this path at 3rd level, the more damage you take, the more effective of a combatant you become. While raging, if you start your turn in combat with fewer than half of your hit points remaining and you aren’t incapacitated, your rage damage is three times the normal bonus.

At 3rd level, your anger drowns out your formal combat training as you turn to your fists to make attacks. While raging, when you take the attack action, you can immediately make a single unarmed attack as a bonus action once on each of your turns. The damage your unarmed attack deals is 1d4 plus your Strength modifier.

Starting at 14th level, your rage can push you beyond normal mortal limitations. When you make a successful Constitution saving throw to avoid falling unconscious using your Relentless Rage feature, you regain a number of hit points equal to your barbarian level instead of the 1 hit point normally offered from the Relentless Rage feature.

Art by Wayne Reynolds/Wizards of the Coast