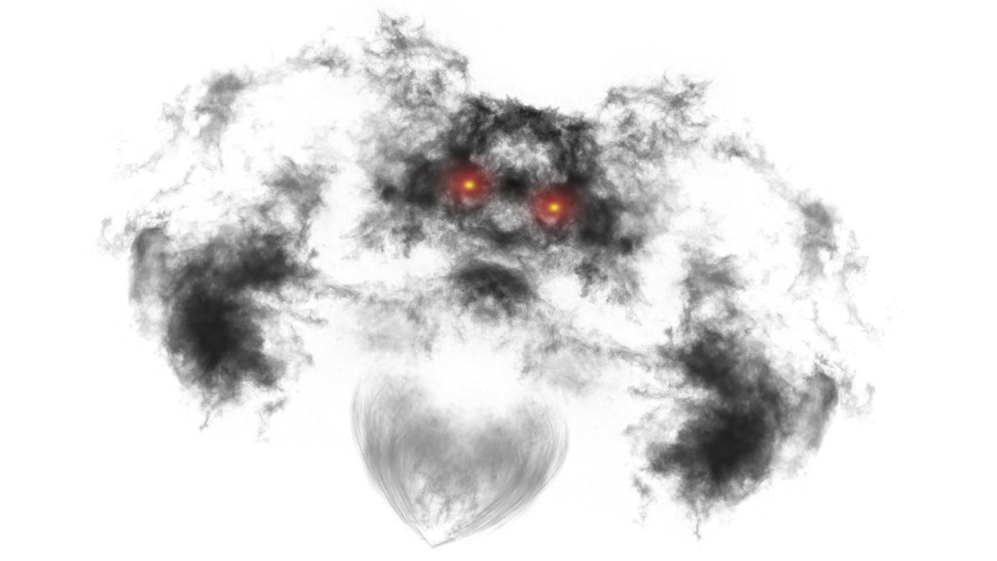 Belkers are composed primarily of smoke. Although undeniably evil, they are very reclusive and usually have no interest in the affairs of others.

The black, winged shapes of these creatures make them look distinctly demonic. Because of their semi-gaseous nature, however, they shift and change shape with every puff of wind.

Smoke Form (1/Day). As a bonus action, the belker can change itself into a smoke form and remains in this form for 1 minute. This trait works the same as gaseous form except that the belker can fly at a speed of 50 ft. with perfect maneuverability and it does not need to concentrate to maintain its form.

Smoke Claws (Smoke Form Only). Any creature that starts its turn in the same space as the belker while it is in its smoke form must make a DC 13 Constitution saving throw. On a failed saving throw, the creature takes 7 (3d4) slashing damage and is poisoned as the belker uses its claws on the creature’s internal organs. This trait does not affect creatures that do not need to breathe air.

Multiattack. The belker makes two attacks with its claws and one attack with its bite.

Wing Attack. The belker beats its wings. Each creature within 10 feet of the belker must succeed on a DC 13 Consitution saving throw or become poisoned until the end of its next turn. While poisoned, the creature can’t take reactions. The belker can then fly up to half its flying speed.