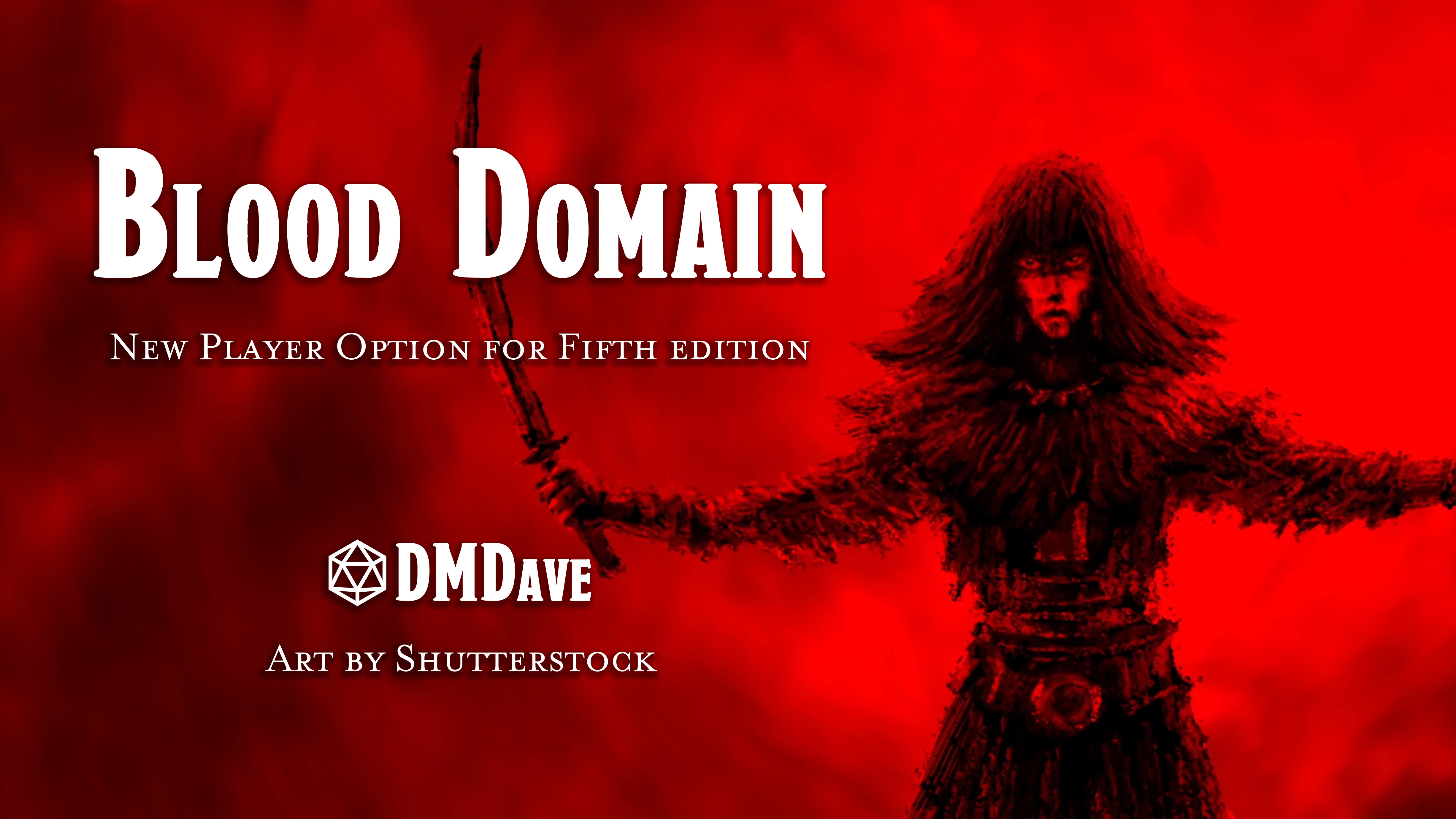 At 1st level, a cleric gains the Divine Domain feature. The following Blood Domain option is available to a cleric in addition to those normally offered.

Blood gods are often dark, malicious gods cherished by those who creep in the shadows and feed off the life force of the living. Vampires, ghouls, and even many demons and devils give respect (and fear) to the blood gods. There are other blood gods who are worshipped by the mortal weapons of war. Whatever your connection to your god is, you must always respect two things: if a creature has blood it can be controlled, and if you cannot spill blood in combat, you have failed your god.

You gain domain spells at the cleric levels listed in the Blood Domain Spells table. See the Divine Domain class feature for how domain spells work.

When you choose this domain at 1st level, you gain proficiency with martial weapons and heavy armor.

Starting at 2nd level, you can use your Channel Divinity to drain the blood from living things and use its blood to

As an action, you target a non-construct and non-undead creature that you can see within 30 feet of you. The target must make a Constitution saving throw against your spell save DC. On a failed save, the creature takes 1d4 necrotic damage as you draw blood from it. The blood seeps towards you and forms into a globe that you can hold in a free hand. On each of your turns, so long as you are holding the globe, you can use your bonus action to create one of the following effects:

If the creature dies or you use this feature on another target, the globe automatically dissolves. Otherwise, the globe remains for 1 minute or until you use your bonus action to dissolve it.

Starting at 6th level, your blood is inured against effects that would normally hard you. You gain the following special abilities:

At 8th level, you gain the ability to infuse your weapon strikes with divine energy. Once on each of your turns when you hit a creature with a weapon attack, you can cause the attack to deal an extra 1d8 necrotic damage to the target. When you reach 14th level, the extra damage increases to 2d8.

At 17th level, your connection to the life essence of all things becomes more powerful:

Get the PDF of this subclass + over 100 more

Get the Blood Domain PDF, Now