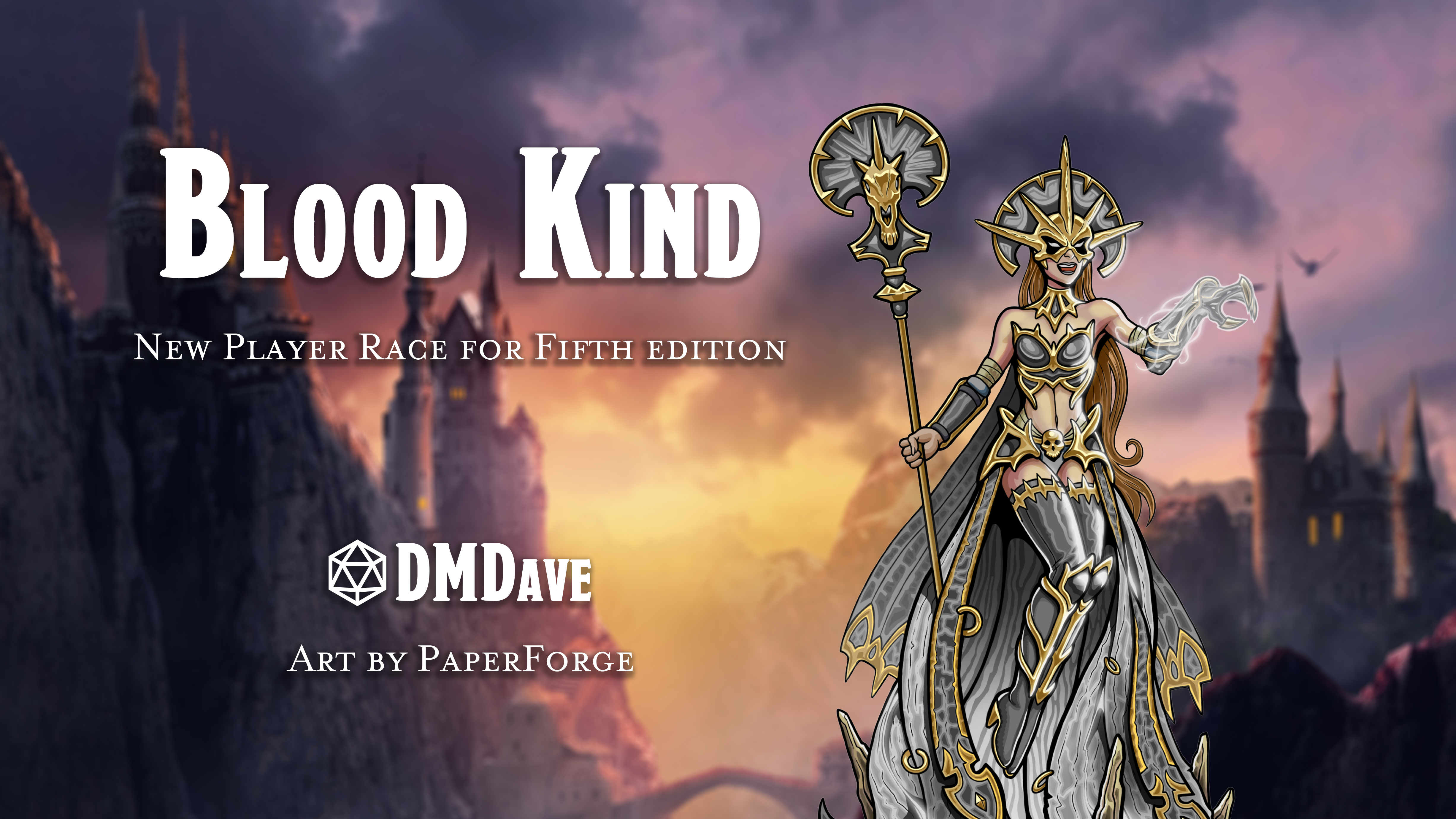 Elves have a natural tolerance against undead effects. However, there are times when elves are bitten by undead creatures—particularly vampires—when, instead of turning, they contract a passive infection in their bloodstream. If a female elf contracts this virus, there is a chance that they can pass it on to their young. Almost immediately, the child is seen for what it is, a blood kind. Blood kind are neither living nor undead, but instead something in between. They are mortal as their elven parents are, but also possess incredible abilities tied to their innate blood magic.

Unlike other creatures that possess monstrous bloodlines, blood kind nature is usually seen as a boon instead of a curse. Blood kind excel as warriors, politicians, and sages within elven communities. They are prized for their connection to sorcerous magic and their innate dark powers.

Your blood kind character has an assortment of natural (and supernatural) abilities, most of which are derived from your vampiric nature.

Age. Blood Kind mature at the same rate as humans by age must slower overall. A Blood Kind that doesn’t succumb to The Desire can live for 200 years.

Alignment. Blood Kind are almost always chaotic and live hedonistic, nihilistic lifestyles. Because of their nature, it’s rare they are good, but there are those who break the mold.

Size. Blood Kind look very similar to pale elves and have the same tall and slim build. Your size is Medium.

Darkvision. Your vampiric nature grants you the ability to see in darkness. You can see in dim light within 60 feet of you as if it were bright light, and in darkness as if it were dim light. You can’t discern color in darkness, only shades of gray.

Sunlight Sensitivity. You have disadvantage on attack rolls and on Wisdom (Perception) checks that rely on sight when you, the target of your attack, or whatever you are trying to perceive is in direct sunlight.

Blood Drain. As a bonus action, you can make a special attack with your bite. If the attack hits, it deals its normal damage, and you gain temporary hit points (minimum of 1) equal to your Constitution modifier. You can’t use this trait again until you finish a short or long rest.

Undead Nature. You don’t need to eat, drink, or breathe. However, you must drink the blood of living creatures using your Blood Drain ability. You can go without draining blood for a number of days equal to 3 + your Wisdom modifier (minimum of 1). At the end of each day beyond that limit, you automatically suffer one level of exhaustion. Once you use your Blood Drain again, the count of days without blood resets to zero.

Languages. You can speak, read, and write Common and Elvish. As most Blood Kind come from elvish stock, speaking Elvish is naturally common.