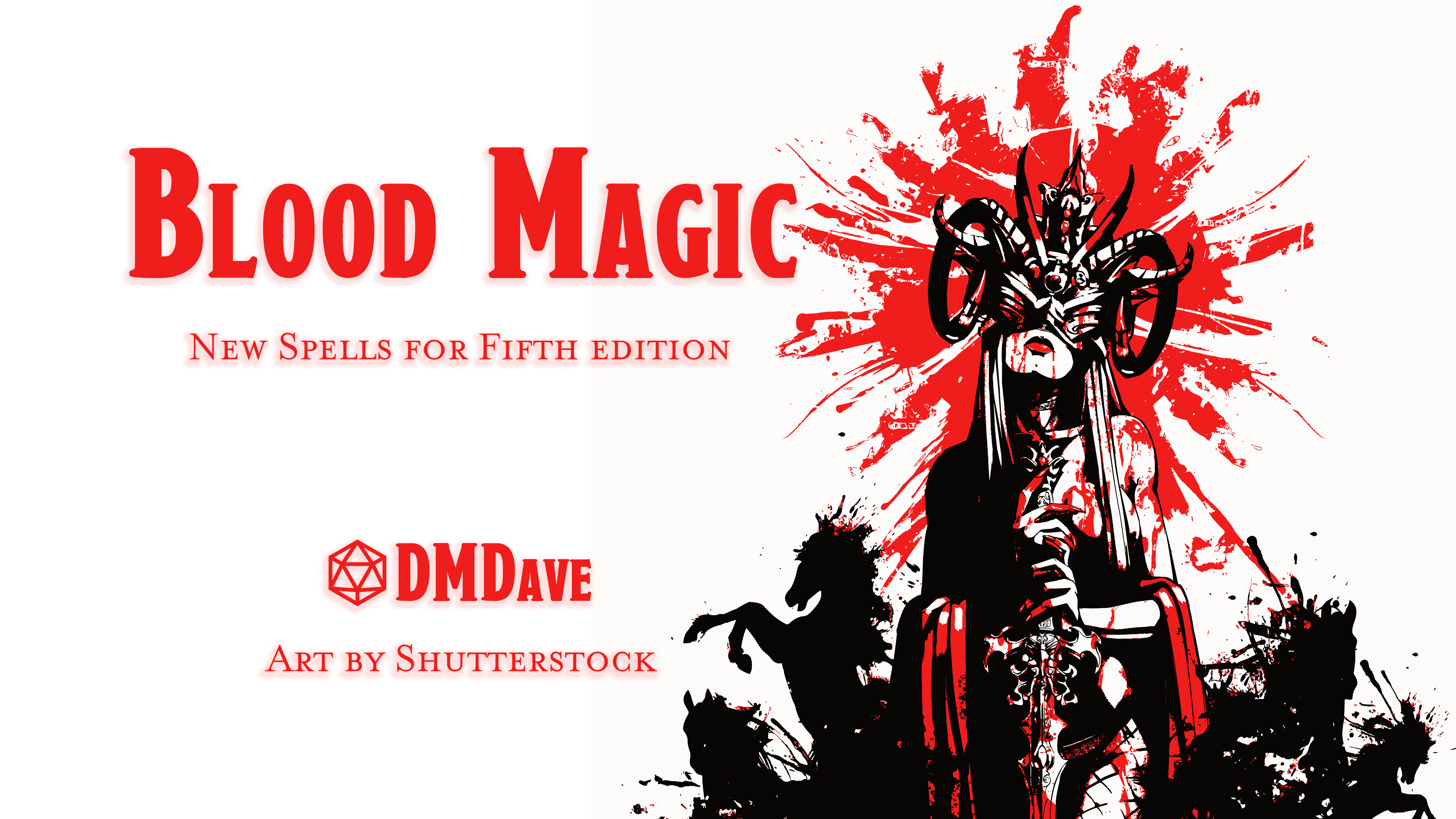 The following spell lists show which spells can be cast by characters of each class. A spell’s school of magic is noted in parentheses. If a spell can be cast a ritual, the ritual attack also appears in the parentheses.

Components: M (a drop of the target’s blood)

At the GM’s option, you might also realize you know a physical weakness the creature has, if any, such as vulnerability to fire damage or weakness against silver weapons.

One creature of your choice that you can see within range must succeed on a Wisdom saving throw or become charmed by you for the duration. The creature must have a mouth. While the target is charmed in this way, its eyes bleed. The charmed target must use its action before moving on each of its turns to make a bite attack against a creature other than itself that you mentally choose. If the creature does not have a bite attack, it can make one in place of its unarmed strike. The attack uses the creature’s Strength modifier for attack and damage rolls, and on a hit, it deals piercing damage according to its size.

Duration: Instantaneous or 1 round (see below)

You target a living creature within range. The target must make a Constitution saving throw. On a failed saving throw, you cause one of the following effects to occur:

If you cast this spell multiple times, you can have no more than two of its non-instantaneous effects active at a time, and you can dismiss such an effect as an action.

At Higher Levels. When you cast this spell using a spell slot of 2nd level or higher, the initial damage increases by 1d6 for each slot level above 1st.

Get these spells in PDF form.