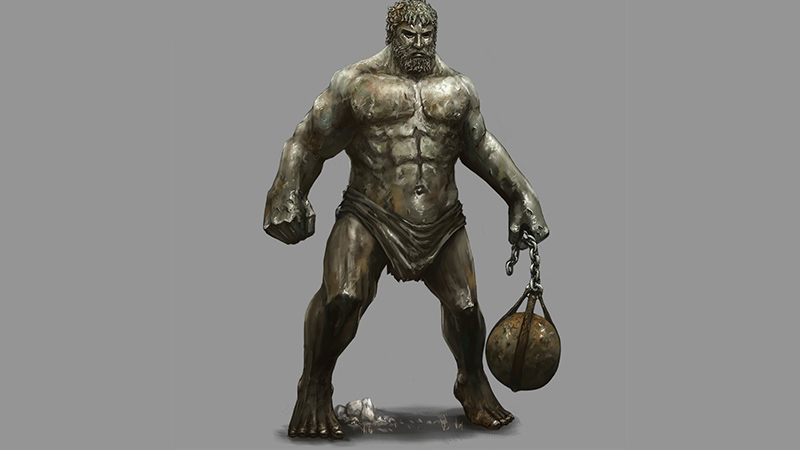 I guess I’m on a golem kick lately. Just did a post on clay golems and their support, offering up a remake of the 3rd edition alchemical golem. And today, I need a bronze golem for a new adventure I’m penning.

Golems are pretty cool, but simple. Be sure to read up on their tactics on Keith Amman’s monster tactics blog: golem tactics.

What is a bronze golem?

Like most golems, a bronze golem is an elemental spirit trapped in a material form. These powerful golems are often crafted from pure bronze and made to look like a powerful warrior or wise leader. It’s not that uncommon that it shares its appearance with its creator.

Bell Metal. Whenever the golem is subjected to bludgeoning or thunder damage, it emits a loud bell-like sound affecting all creatures within 30 feet of it. Each creature in that area must make a DC 19 Constitution saving throw or take 21 (6d6) thunder damage and be knocked prone on a failed save, or half as much on a successful one and not be knocked prone.

Sonic Blast (Recharge 6). The golem emits a thunderous sound in a 15-foot cone. Each creature in that area must make a DC 19 Constitution saving throw, taking 27 (6d8) thunder damage on a failed save, or half as much damage on a successful one. A creature made of inorganic material such as stone, crystal, or metal has disadvantage on this saving throw. A nonmagical object that isn’t being worn or carried also takes the damage if it’s in the spell’s area.

Hope you liked this golem! I’ll be testing him out this Saturday, personally. But this guy should fill a nice little niche between the stone golem and iron golems.

Help out the blog by sharing this on social media. And if you aren’t already, be sure to follow along by signing up with the form on the right or down in the footer.