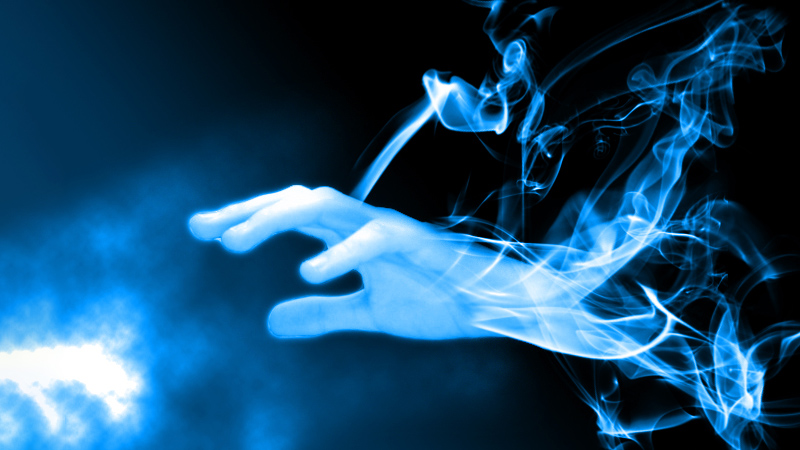 Flipping through third edition’s Monster Manual 3, I keep coming across cool, old monsters (old being, what? 10 years?) that make me nostalgic for 3rd. Mind you, I don’t miss the days of adding up a bajillion modifiers/penalties just to make an attack, but hey–there was some real creativity involved with some of those creations. Like, for instance, the living spells.

What is a living spell?

From the Monster Manual 3:

For reasons unknown, in the magical mayhem of the Last War spell effect occasionally took on sentience and refused to dissipate. These living spells still haunt places blasted by magic, apparently subsisting on ambient magical energy. They seem to kill only for pleasure, not out of any need to feed. A living spell appears similar to a normal spell effect, except that—even in the case of an instantaneous spell, such as fireball—the magical energy lingers, writhing and moving with definite purpose.

From there, the creature was a template applied to spells. Depending on the spell and caster, it’d get a whole host of abilities, attacks, and traits. Pretty cool, if you ask me.

So I thought; why not make some for the fifth edition? And here we are.

I more or less kept the rules for living spell creation the same, just recalculating everything for the fifth edition.

Because of magic missiles’ prolific nature, the swarm of missile ghosts is probably the most common of all the living spells. They’re not really ghosts, of course, but the remnant of magic missiles that have taken on some cruel form of sentience. These tiny oozes fly across battlefields and in dungeons seeking to end all life it comes across.

Mage hand is every arcane trickster’s best friend until, of course, it takes on a life of its own and tries to choke its creator. The spectral strangler is mage hand gone rogue (no pun intended). Tired of opening trapped doors and performing parlor tricks, this tiny, semi-intelligent ooze flies around causing chaos.

Detect magic and dispel magic go hand-in-hand when it comes to dungeon delving. However, what most wizards don’t know is that when these two merge and become a living entity, a magic-eating mist, the two spells grow into a fearsome aberration on a quest to snuff out the existence of magic everywhere.

Powerful clerics aren’t immune to accidentally creating a living spell, either. The living sunburst is a deadly, radiant living spell that blinds those who witness it. In addition, it can quell magic darkness, and crush undead and other oozes.

Many young mages die on their first or second outing as an adventurer. And while their deaths are tragic, certainly, the biggest tragedy is the years wasted on honing their spells and arcane knowledge. From this wasted knowledge emerges living mage armor, simple living spells armed with the same magical repertoire as a 1st-level wizard. Living mage armor lives to wreak havoc, lashing out against those it inherently sees as “unintelligent” or “brutish”, typically the same strong emotions its creator had when it died.

Faultless Tracker. The swarm locks onto a living creature that it can see; this becomes its quarry. The swarm knows the direction and distance to its quarry as long as the two of them are on the same plane of existence.

Magic Resistance. The swarm has advantage on saving throws against spells and other magical effects.

Invisibility. The strangler is invisible.

Magic Resistance. The swarm has advantage on saving throws against spells and other magical effects.

Magic Absorption. Whenever the mist is subjected to damage from spells, magical weapons, and other magical effects, it takes no damage and instead regains a number of hit points equal to the damage dealt.

Sense Magic. The mist can magically sense the presence of spellcasters and magic items up to 5 miles away. The mist knows the direction that they are in but not their exact locations.

Spell Drain. Each spellcaster in the mist’s space with available 1st-level or higher spell slots must succeed on a DC 18 Intelligence saving throw or take 36 (8d8) psychic damage and loses one of its highest available spell slots as if they had cast a spell using that slot. The mist regains a number of hit points equal to 5 times the lost spell slot’s level.

Blinding Light. If a creature starts its turn within 60 feet of the sunburst and it can see the sunburst, the creature must make a DC 18 Constitution saving throw. On a failed save, the creature takes 42 (12d6) radiant damage is blinded for 1 minute. On a successful save the creature takes half as much damage and isn’t blinded. Undead and oozes have disadvantage on this saving throw. A creature blinded by this effect can make another Constitution saving throw at the end of each of its turns, ending the effect on itself with a success. A creature that isn’t surprised can avert its eyes to avoid the saving throw at the start of its turn. If it does so, it can’t see the sunburst until the start of its next turn, when it can avert its eyes again. If it looks at the sunburst in the meantime, it must immediately make the save.

Illumination. The sunburst sheds bright light in a 60-foot radius and dim light for an additional 60 feet. This light dispels any darkness in its area that was created by a spell.

Magic Resistance. The sunburst has advantage on saving throws against spells and other magical effects.

Ray. The sunburst shoots one of the following magical rays at random, choosing one target it can see within 60 feet of it:

Languages the languages of its creator

Incorporeal Movement. The mage armor can move through other creatures and objects as if they were difficult terrain. It takes 5 (1d10) force damage if it ends its turn inside an object.

Magic Resistance. The mage armor has advantage on saving throws against spells and other magical effects.

Spellcasting. The mage armor is a 1st-level spellcaster. Its spellcasting ability is Intelligence (spell save DC 12, +4 to hit with spell attacks). It requires no material components to cast its spells. The mage armor has the following wizard spells prepared:

Spread the good word of these wicked living spells! Click one of the share buttons below. It only takes a minute.