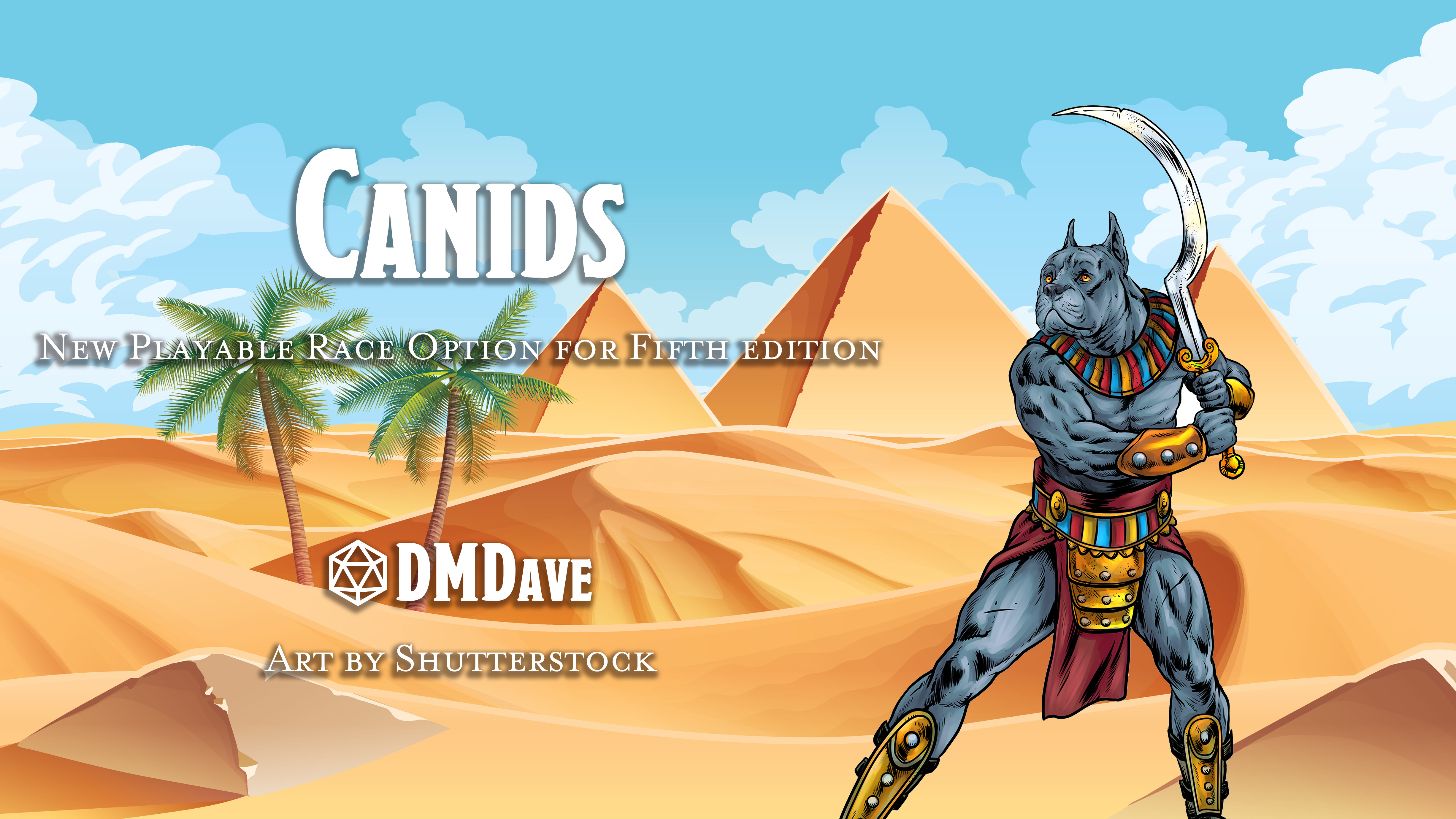 Candis are dog-human hybrids that live throughout much of Omeria. Created through magical means a couple centuries past, the original canids were developed to guard temples, keeps, and other places of import. However, the canids were smarter and wiser than their creators expected and declared that there was more to their indentured existence.

Thanks to their friendly attitude and ability to survive in most conditions, canids love to wander the continent of Omeria and beyond. Many canids lend their services to other groups of adventurers, instantly creating families to which they are fiercely loyal. Once a canid has bonded with a group, there is very little that will separate it from its newfound pack.

In central and southern Omeria, many canids are trained as trackers and bounty hunters. Not only do their innate senses aid in their hunt, but its unflappable patience and determination make them terrifying foes for their targets. Canid hunters can track quarry for thousands of miles, sometimes spanning entire continents.

A younger race, Canid parents take their names from popular naming conventions in areas that they live, more so words than the names. Most canids do not know their father. For surnames, Canids incorporate the names of their mothers as “son of” or “daughter of” as respect for their primary caretaker.

You share the following traits with other members of the canid race.

Age. As dog-human hybrids, canids’ lifespans are marginally longer than dogs. A canid reaches adulthood at the age of 5 and generally live to be 35 to 40 years of age.

Alignment. Canids have no preference toward law or chaos. However, canids do lean strongly towards good over evil.

Size. Canids average about 3 feet tall and weigh around 50 pounds. Your size is Small.

Tracker. Whenever you make a Wisdom (Survival) check related to tracking a creature, you are considered proficient in the Survival skill and add double your proficiency bonus to the check, instead of your normal proficiency bonus.

Languages. You can speak, read, and write Common and Canid. Canid is a guttural language punctuated by low growls, yelps, and barks.

Get this race in PDF form

This content is available in PDF form to all my patrons along with another 100+ including full-length books, adventures, player options, and more. Be sure to check it out!